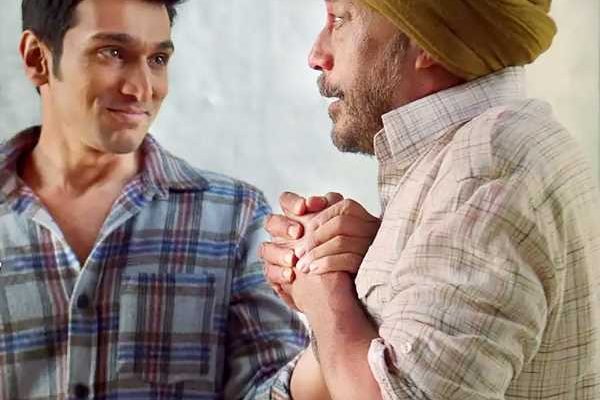 The leading man of Hardik Gajjar’s Atithi Bhooto Bhava is a stand-up comedian, but his jokes don’t always land.

The situation is pretty much like the film, which had rom-com potential, but lost its way.

To begin with, is the old-fashioned title, which gives away the plot of the film and is not even catchy.

Shrikant (Pratik Gandhi) is in a live-in relationship with air hostess Netra (Sharmin Segal) but their day starts with squabbles over little things.

She thinks he does not care enough, he is baffled by her crabbiness.

And then, there is the ancient chestnut — he forgets her birthday. Which is almost impossible in the social media age.

After drinking his woes away with fellow comedian, Suchi (Divinaa Thackur), when he is staggering back from the pub, a Sikh man latches on to him.

Maakhan Singh (Jackie Shroff) calls him ‘Daarjee’ (grandfather), and claims to be the ghost of Shrikant’s grandson from an earlier birth. He parks himself in his home, watching Singh Is King at full volume!

How does one evict an intruder nobody else can see or hear?

A film with a bigger budget would have used some nifty special effects for comic effect.

This one has to make do with Shrikant’s annoyed expression and the ghost’s unreasonable demands.

Shrikant, Netra and Suchi have to embark on a road trip to Mathura on Maakhan’s insistence because he wants to see Manju, the love of his life. (Don’t ghosts have the ability to zoom through the ether or something?)

It picks up almost towards the end, and has at a few emotional moments and a predictable feel good ending.

The film coasts along on Jackie Shroff’s sparkling screen presence.

The younger actors could take a few tips from him on how to turn on the charm.

That’s the essential fuel for rom-coms.