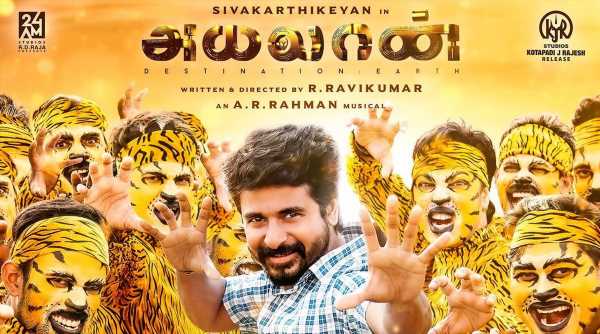 A song from Ayalaan was released on Wednesday to mark Sivakarthikeyan’s 36th birthday. The song titled ‘Vera Level Sago’, which roughly translates to ‘you are another level, bro’ is scored by Oscar-winner AR Rahman. Interestingly, Rahman has also co-written the song with lyricist Vivek, besides singing it.

It is for the first time Rahman is scoring for a Sivakarthikeyan’s film. And what better gift could a star expect for this birthday than a peppy song, which is composed, written and sung by the Mozart of Madras.

Vera Level Sago sort of pays tribute to common people, who choose to do the right thing always. The lyrics recognise simple deeds of people that contribute to building a better world for everyone around them. From toiling in the fields to not allowing corruption, everything that enriches humanity gets a mention in the song.

Sivakarthikeyan is playing the lead in the film, which is helmed by director R. Ravikumar of Indru Netru Naalai fame. It revolves around an extra-terrestrial being, which comes to our planet and becomes friends with Sivakarthikeyan’s character. The first look poster released earlier, showing Sivakarthikeyan enjoying candy with an alien.

Sivakarthikeyan is now waiting for the release of Doctor, which is Nelson Dilipkumar’s second feature film after Kolamavu Kokila, which came out in 2018. The film is set to hit the screens on March 26.