From comedy and action to romance and drama, there's something for everyone on MX Player. Here's a list of the top shows available on the streaming platform. 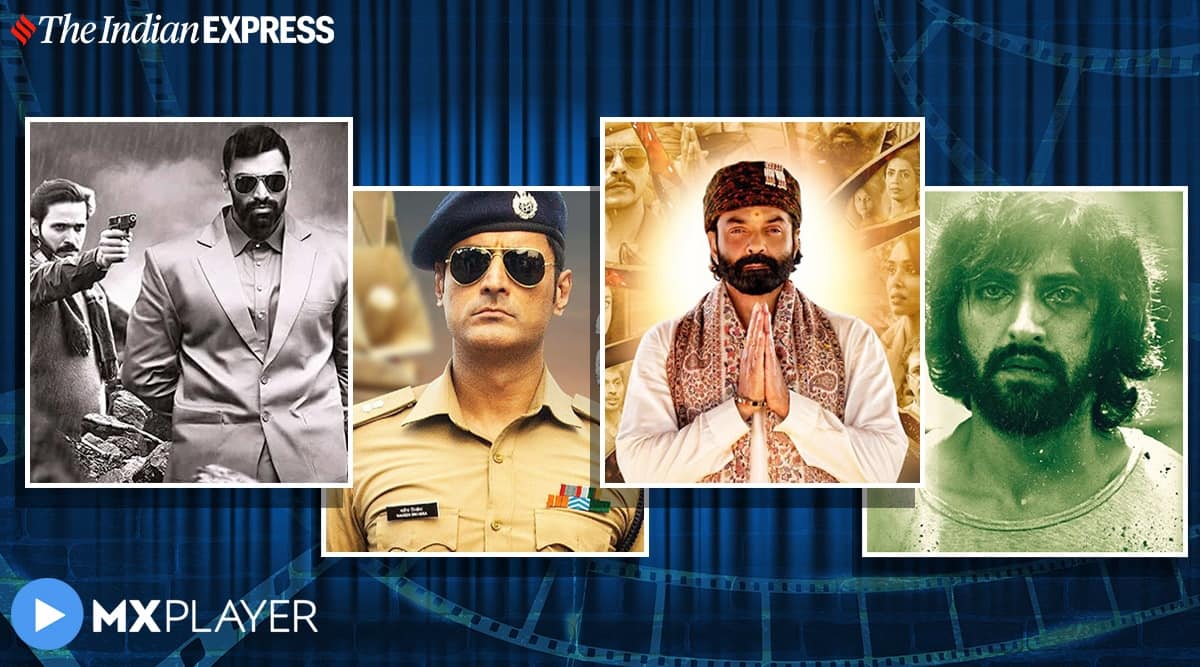 Streaming service MX Player offers shows from varied genres. From comedy and action to romance and drama, there’s something for everyone in MX Player’s catalogue.

Here’s a list of binge-worthy shows released by the OTT platform in the last one year.

In her review of High, The Indian Express film critic Shubhra Gupta wrote, “Given that ‘maal’ is so much a hot-button issue these days, High is topical. And while it’s at it, we do get a quick run-though of the troubles that addicts and their families face. So yay for those engaged in illicit activities like seeking out a magic drug to kill all desire for the actual lethal stuff, except you wish this part was done better. Also, we get that cliff-hangers are the best things to keep us guessing, but High needed a better climactic pay-off. Unless there’s going to be a second season? Happy to check in to see what’s going on then, hopefully tighter, and zippier.”

Starring Apoorva Arora, Mayur More and Gagan Arora, the show revolves around first-time professionals Raj, Simran and Rahul who are forced into the basement of their start-up office. The trio face wacky challenges as they try to regain their territory on the main floor.

Directed by Nisheeth Neerav Neelkanth, Pati Patni Aur Woh is a horror-comedy about a newly-wed couple haunted by the ghost of the husband’s first wife. While Vinny Arora plays a ghost, Anant Vidhaat plays the husband and Riya Sen essays the role of the new bride.

The series follows Dilawar Rana (Sumeet Vyas) who gets the task of turning his family hotel into a profitable venture. The catch is, the hotel is haunted. Thus begins Dilawar’s tryst with ghosts. The horror-comedy also stars Eisha Chopra, Mohan Kapoor, Pranay Manchanda, Naveen Prabhakar and others.

Starring Anuja Sathe in the titular role, the show follows Ashraf aka Sapna, who sheds her demure image and picks up guns to avenge the death of her husband Zaheer, who was killed by his underworld rivals.

The series depicts the journey of 21-year-old Binny Bajpai who dreams of shedding her conventional middle-class persona. As her parents search for the perfect boy, the fiery and rebellious Binny begins her own hunt for a rich boy who she believes is her ticket out of the small town. The dramedy stars Pranati Rai Prakash, Atul Srivastava, Alka Kaushal and others.

Featuring Jitendra Kumar and Akanksha Thakur, Cheesecake revolves around a troubled couple whose mundane marriage takes a U-turn, thanks to the accidental intervention by a furry stranger — a golden retriever. As the dog brings back the lost sheen in their relationship, they realise the value of life and the meaning of unconditional love.

Fathers revolves around the misadventures of three over-enthusiastic middle-aged men, who try to bring spice to their monotonous lives by taking up everything a millennial does. The show stars Virendra Saxena, Rakesh Bedi and Manoj Joshi in the lead roles.

The show depicts all the firsts which couples Rajat-Ishita and Pandu-Anusha experience — the romance, trust issues, and even heartbreak. It stars Ritvik Sahore, Tanya Maniktala, Sunakshi Grover and Shivam Kakkar.

Adapted from Novoneel Chakraborty’s book Marry Me Stranger, the thriller revolves around an independent Mumbai girl Rivanah Bannerjee who has the perfect life. But things go haywire when someone begins to stalk her. The Faruk Kabir directorial features Anuja Joshi, Priya Banerjee, Arjun Aneja, Gaurav Chopra and Ankur Rathee.

The psychological crime drama uncovers what happens when a serial killer Lovina is chased down by a ruthless cop. It stars Amruta Khanvilkar and Amit Sial in the lead roles.