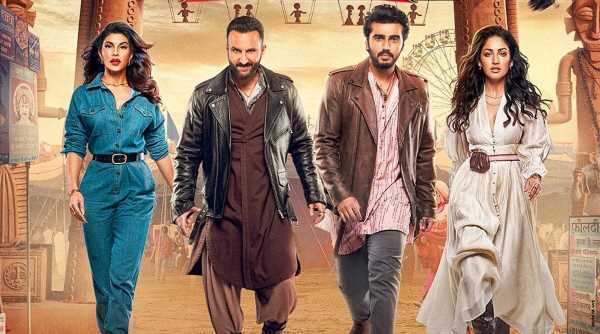 Bhoot Police movie review: The film works best when Saif Ali Khan is on a song, which is quite often. Arjun Kapoor fits the part too, as do Yami Gautam and Jacqueline Fernandez. Vibhooti and Chiraunji have to be amongst the most original names to grace a bhoot-pret-bhatki-hui-aatma (ghosts, lost souls) Bollywood outing. The moment you hear them, you crack a smile. And that smile stays in place for quite a while in this supernatural-horror comedy featuring a couple of crack ghost-busters, till it runs out of steam.

Elder bhai Vibhooti (Saif Ali Khan) plays it for laughs. He is in it for the lolly, and the ladies, the more credulous the better. The younger one, all serious and solemn, aka Chikoo (Arjun Kapoor), is a believer. He is convinced there are ghosts, and other-worldly creatures, and that their job, as ‘tantriks’ is to help people get rid of these evil spirits. In which pursuit, he goes about clutching an old book, and muttering mantras, while the ‘bada bhai’ hoots and claps, and rolls his eyes.

It’s when a questing lass (Yami Gautam) whistles them up to her Dharamshala tea estate, where she lives with her sister (Jacqueline Fernandes) that the game changes. A very scary spirit, called a ‘kichkandi’ (nice, creepy name), is about. The brothers have to banish the said ‘aatma’ in order to get her petrified workforce to breathe easy.

From here on, it’s open season. Little girls who mysteriously appear and disappear, a dog with an ancient bone which is deposited under a bed, a ‘havan’ to banish bad spirits, a plot to wrap wool around eyes. A cop (Jaaved Jafferi) who’s hot on the heels of the two brothers shows up, just to stir things up. Monsters come crawling out of the walls, and all is set for the final showdown.

Jab tak andhvishwas rahega, hamara dhanda chalega, chortles Vibhooti. He’s very clear that all this chat about bhoots is all rubbish, but the film doesn’t quite seem to make up its mind on which side it weighs in. On the one hand, you have characters dissing ghosts, on the other you can all these creatures floating around, scaring people: spirits ‘possess’ a couple of characters, and the computer graphics people have fun with having us see Gautam crawling on a ceiling (old schtick, can we please junk this one?) and spitting out black juice. Is it for real, or all smoke and mirrors? 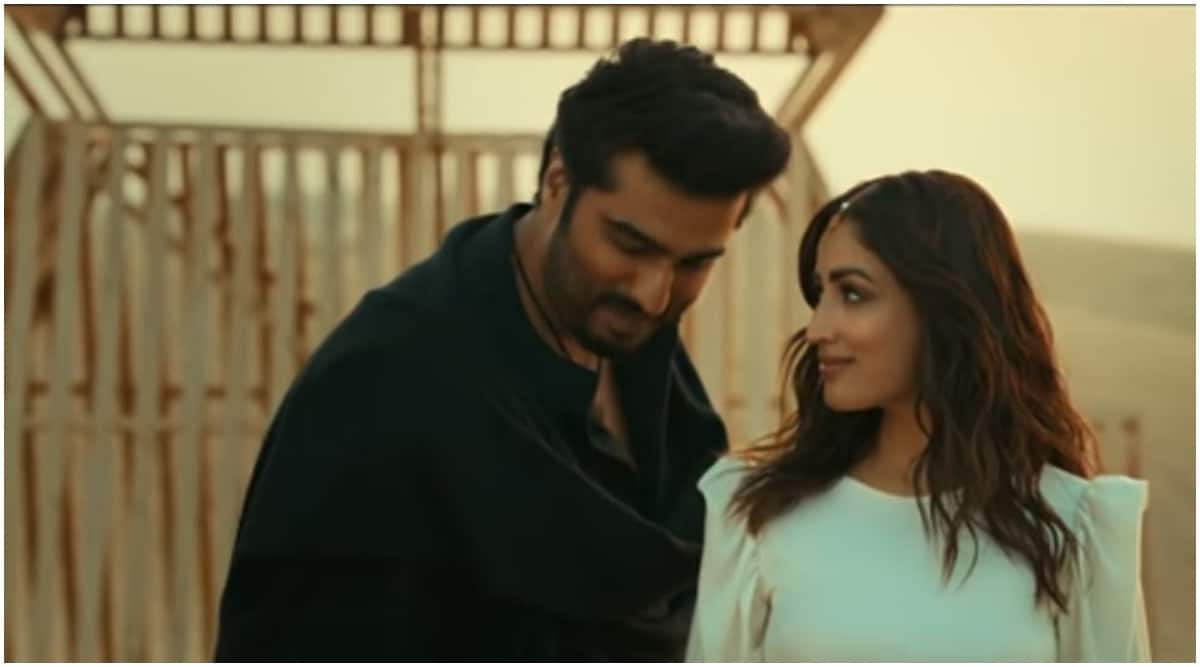 But while it stays in the let’s-make-fun-of-ghosts zone, it really is funny. Especially when Saif is on song, which is quite often: he is having a blast, and makes sure we do, too. Arjun Kapoor fits the part too, as do the girls. What’s truly a saving grace is that nothing gets too dark. And no one takes themselves seriously at all, even if you feel like ruffling Ms Fernandez’s perfect blowout: there’s a ghost in front of her! But it does get too long. At one point a character says, ‘enough of this horror show’. True, true.

These guys will be back, we are told: I don’t need a crystal ball to tell you that there will be a sequel. Get set for more fun and games.