Bhumi Pednekar's Sandhya is a realistic representation of a thinking woman in the 90s who has been taught to treat her husband like a God by a patriarchal society, but she is well aware that his place is no different than hers. 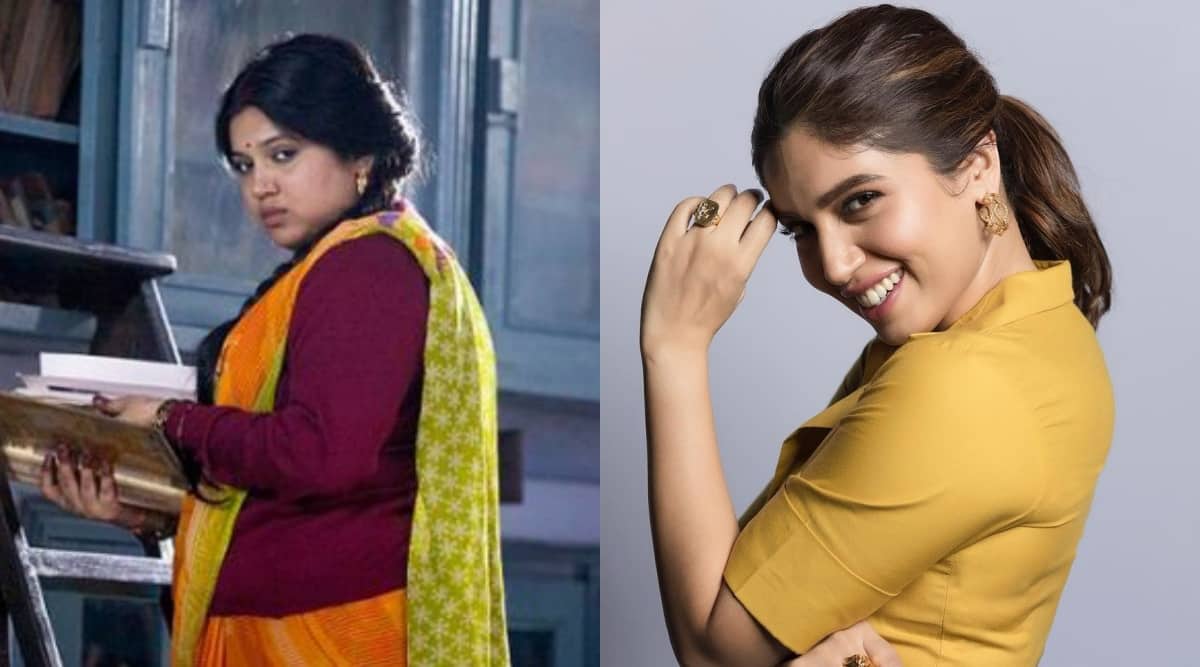 When Dum Laga Ke Haisha released in 2015, it was a small-scale film that warmed up the audience’s hearts and eventually became a success because of its simplicity. The story of Sandhya, played by Bhumi Pednekar, and Prem, played by Ayushmann Khurrana, was the age-old tale of an arranged marriage where the bride and groom don’t get the opportunity to choose their partners, and have to just go along with whatever their parents say but it was in this world, that we got to meet the strong-willed Sandhya who won’t just settle.

The headstrong, liberal Sandhya isn’t shy of dancing at her own wedding and is well aware that society looks at women her size a little differently, but she loves herself regardless. Sandhya is educated, has definitive aspirations for her career so when she finds herself married to a man who can’t get himself to look at her beyond her weight, she breaks down, but only in the privacy of her own room when no one can see her. In the film, Sandhya is shown as the woman who tries hard to make her relationship work. From satin nighties, to English films, she puts in all the groundwork to make a happy home for the newlyweds so when Prem berates her in public, her instinct tells her to slap him across the face, and so she does. Sandhya is a realistic representation of a thinking woman in the 90s who has been taught to treat her husband like a God by a patriarchal society, but she is well aware that his place is no different than hers.

Dum Laga Ke Haisha was Bhumi Pednekar’s first outing in the movies. From what we have learnt since then, Bhumi chose to put on weight for her role and shed those kilos later. While we have heard such stories of actors molding their bodies for the role before, we have hardly heard a newcomer do this. This act in itself speaks volumes about Bhumi’s commitment to Sandhya and how she accepted her as it is.

The actor has famously said that she put on 30 kgs for the film and lost 35kgs in the span of four months after the film ended. She has famously said that when she was trying to gain weight, she would wake up to a butter chicken breakfast. “I’m in love with the film and have watched it innumerable times! There wasn’t a moment’s doubt about the role, I was being paid to do two things I love, eat and act!” Bhumi had said at that time.

On her weight loss and a healthy lifestyle, the actor told Vogue, “I’ve lost over 35kg, after gaining 30kg for a film. Since then, it’s been a constant process of improvement—but I didn’t do it by starving myself. I work really hard; it’s become an active part of my routine. I like to mix it up—pilates, running, strength and weight training,” she said.

“My weight never came into my way of happiness. I talk about it openly because people should know that it’s a wrong approach to life,” the actor has said.

Bhumi shared screen space with Ayushmann in this film and while this was before he became the next-big-thing in Bollywood, he was still a formidable co-actor. His work in Vicky Donor had made him the resident Delhi boy of Bollywood and it was no easy feat for a newcomer to claim attention while standing next to him. Not just that, she had to hold her ground alongside veteran actors like Seema Pahwa, Alka Amin, Sheeba Chaddha and Sanjay Mishra and she did that with utter comfort.

The scene where Sandhya has an altercation with Sheeba’s character over the expiration date of food items, her sharp comebacks shine. Her casual approach to her mother’s exaggerated concern makes you laugh. And her effort to make Prem and Sandhya fall in love with each other, makes you root for them.

Dum Laga Ke Haisha released in 2015 and since then, Bhumi has appeared in films like Shubh Mangal Saavdhan, Lust Stories, Sonchiriya, Saand Ki Aankh, Bala, Dolly Kitty Aur Woh Chamakte Sitare, among others and while her work has been promising throughout, her debut has made a mark that will continue to shine for years.