Rahul Vaidya shared that given the pandemic, he has no shows lined up, and hence he felt this was the perfect time to do Bigg Boss 14. 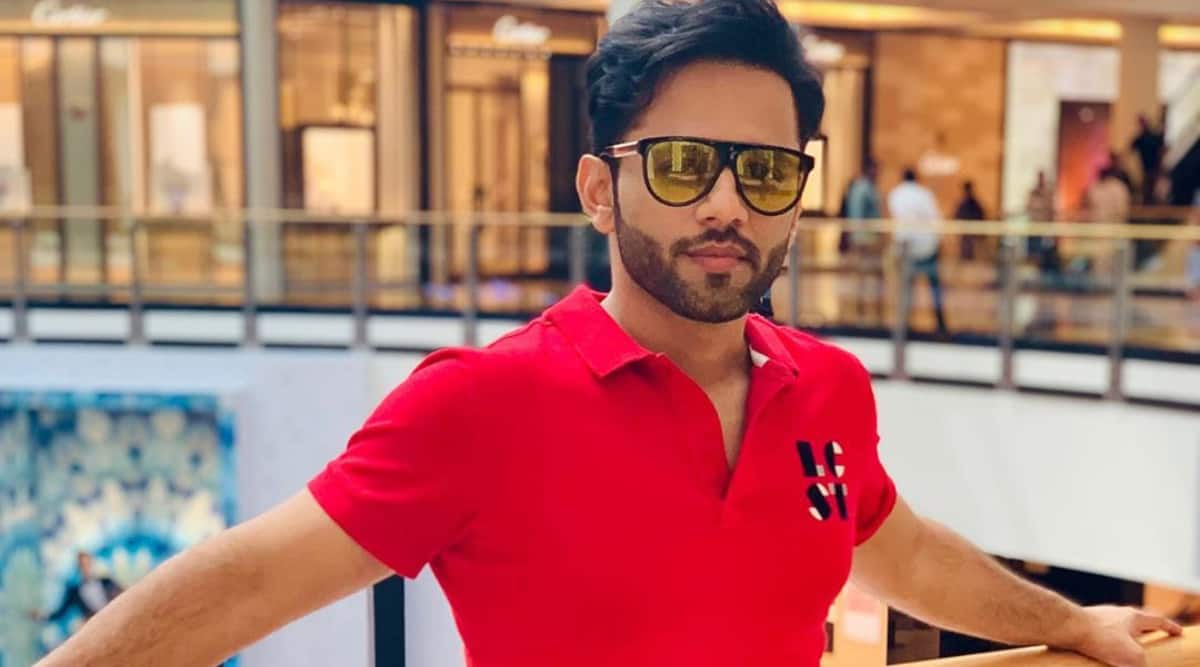 After enthralling the world with his mesmerising voice, Rahul Vaidya will now entertain us through Bigg Boss 14. The 33-year-old is one of the celebrity contestants in the Salman Khan-hosted show.

Rahul Vaidya spoke exclusively to indianexpress.com from his hotel room, where he was quarantining, before entering the Bigg Boss house. Quite excited to show the world his real self, the singer spoke about why he took up the show, his game plan and the reality about his relationship with actor Disha Parmar.

Given that you guys quarantined before entering the show, do you think surviving the game would be easier?

It is so boring. I am eagerly waiting to step out and enter the Bigg Boss house. I would rather quarantine myself with people. I’d rather talk or fight with them than being alone.

So we can expect some fights from you?

Of course, isn’t that part and parcel of this game? I don’t think there’s an alternate to that. It is now synonymous with Bigg Boss.

While we have heard your name as a probable contestant earlier too, what made you say yes to BB14?

I am a singer and performer, and October to February are the busiest months for us, as there are multiple ground events and live shows. Whenever they approached me, my days would have been already allocated. However, since nothing is happening right now, given the pandemic, I thought it was the best time ever to do the show.

You started your journey with Indian Idol, where we saw a cute young Rahul Vaidya. What can we expect from you in Bigg Boss 14?

I haven’t really planned to be a certain way, and have decided to be myself. I want the world to know who Rahul Vaidya is, apart from the singer they have seen. This is why I picked up Bigg Boss as it’s a show that lets you be yourself. The situations are such that one has to be themselves.

Tell us who is Rahul Vaidya?

Well, he is an easy-going person. I am not stuck up. I make friends really easily, though I chose them wisely. I hate fake people and can never fake friendship or relationships for the camera. One has to connect with the heart to make a bond.

Talking about bonds, there are reports that suggest you are dating Disha Parmar. Hence romance would be off the list?

(Laughs) Disha is a very dear and close friend like many others. It’s just that when you are seen with a popular face, people automatically start talking. I have so many other female friends, but I never bothered to give a clarity about it. Honestly, I would be the first one to announce if I ever fall in love. In the Bigg Boss house, well, dil ke taar joodne chaiye. If that happens, I am all game for it. But I will never fake a romance just for the sake of it.

Given that you are a celebrity, will there be an effort to maintain your image?

I am quite comfortable with who I am. I have never shied away from who I am as a person. And I am okay presenting the same in front of the world. I intend to be myself and not portray an image on the show.

And how much of singing will we get to see?

That comes naturally, but I cannot be singing all the time. Also, it all depends on the situations. If I can play the game well, and enjoy myself, I would be singing a lot. If not, I cannot force myself. It’s as simple as that.

Have you followed the previous season? Any favourites?

I have never seen any of the past seasons. Since the time I confirmed my presence, I did watch a few snippets from the last season. It was just to get a basic idea about what happens in the house. And honestly, I quite liked what I saw.

People follow the show religiously. Any advice from friends and family?

My friends are excited about me doing the show and told me to be myself, and have fun. My mom was a little paranoid. When I was leaving, she actually had tears in her eyes, worrying how will her son survive, what would he eat and all.

Would you be comfortable cooking and doing other household chores?

It is only in the good interest of everyone to not give me the duty to make food. Everyone, including me, will die of hunger as I cannot cook. I am otherwise okay doing all kinds of jobs.

Lastly, what is that winning quality that you feel can take you ahead in the show?

I am a very straight forward person, and quite righteous in my decisions.