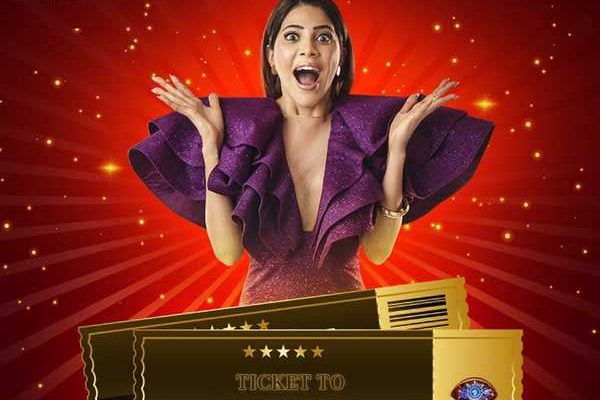 Nikki becomes the first contestant of Bigg Boss 14 to enter the finals, thanks to Rubina.

Thursday’s episode starts with Nikki Tamboli checking in on Rahul Vaidya as Jasmin Bhasin tells her that he was hurt after how things went down between them during the task.

But Rahul doesn’t entertain her.

Toshi Sabri tells Rahul that Nikki is doing everything just for the game.

Jaan Sanu, Nikki and Rubina Dilaik have a discussion about the game which turns intense as Rubina calls Nikki ’emotionally dependent’, which upsets the Kanchana 3 actress.

Vindu Dara Singh chats with Rubina, Jaan and Jyotika Dilaik regarding the Ticket to Finale task.

He makes it clear that since Rubina’s priority is Nikki, he will support Rahul in the game but will not physically help him. 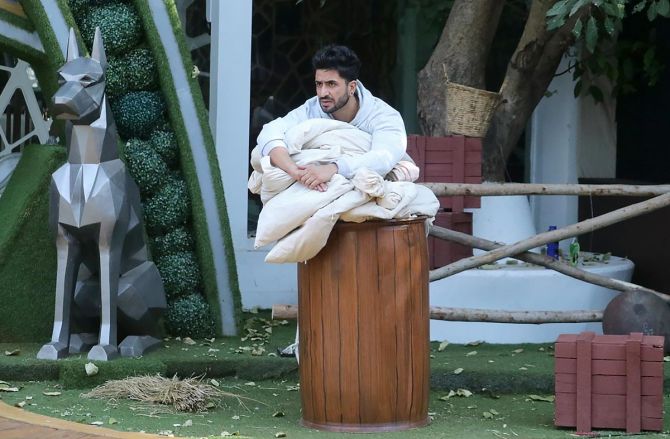 The Ticket to Finale task resumes and the housemates are pumped up for the game.

Aly Goni, Rahul and Rubina are still in the race.

In the first round, Aly loses his cool as Rahul and Rubina get support from other housemates.

He starts yelling and declares he will not let anyone win if the task isn’t played fairly.

He even decides to destroy Rubina’s barrel but everyone stops him. 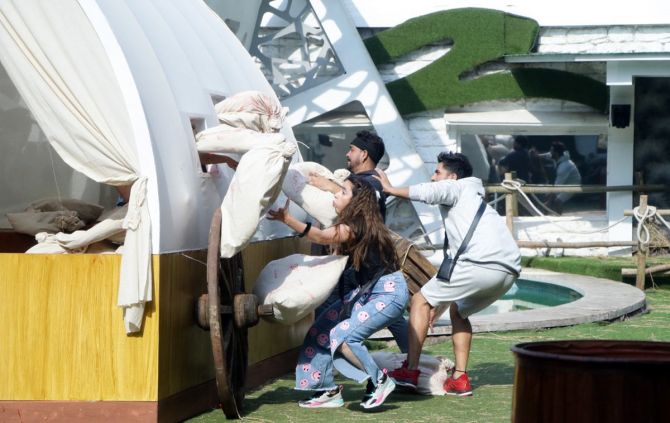 Rubina and Jasmin get into a nasty fight, and this irks Aly further.

Amidst this, Rahul and Jyotika get into a war of words too.

Rubina warns her sister not to get into a verbal spat and asks her to concentrate only on the task. 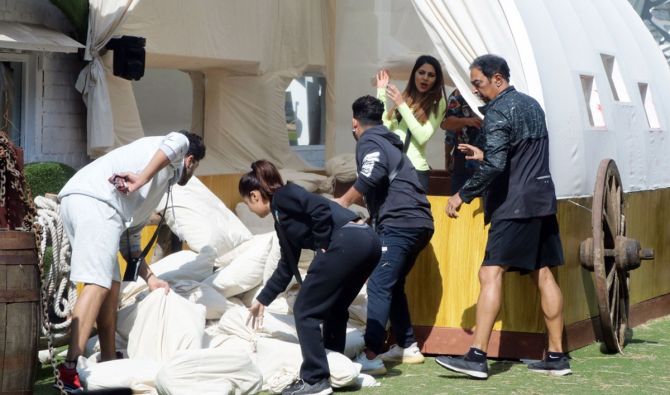 After the first buzzer, Paras declares that Aly is out of the race as he has the lowest number of sacks in his barrel.

Though Aly is upset, Jasmin and he decide to support Rahul in the next round.

Before the round starts, Devoleena Bhattacharjee fights with Vindu.

Rubina steps in and asks Devoleena not to disrespect Vindu. This leads to another verbal spat. 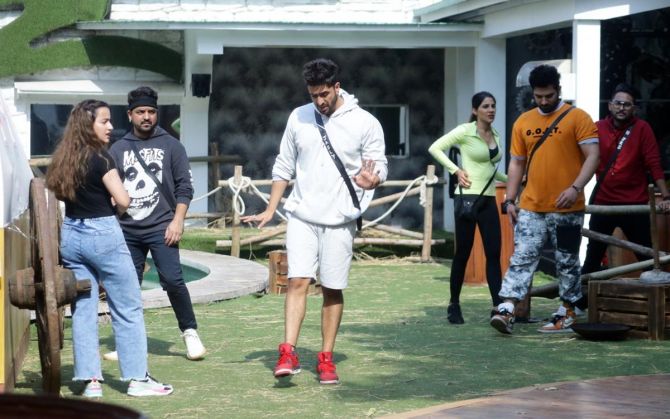 Eventually, the buzzer rings again and everyone starts doing the task.

While Jasmin and Aly support Rahul, Nikki and Jaan support Rubina in the task.

In the end, Rahul and his friends start celebrating thinking he has won the task.

But their celebration is short-lived as Paras announces that according to him, Rubina is the winner as her team played according to the rules.

Rubina, Nikki, Jyotika and Jaan are ecstatic and hug each other while the other team starts questioning Paras. Devoleena loses her cool and starts yelling because of Paras’ decision, even as he tries to break a chair.

In-between all this, she also vents out her anger against Vindu.

Jasmin, Aly, Rahul and others ask her to cool down but Devoleena continues to rage. 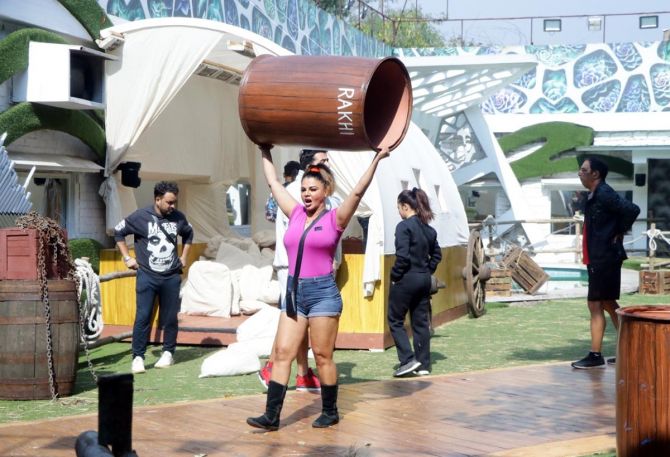 When Bigg Boss asks Paras about the winner, he states Rubina won the task as per him.

Bigg Boss announces Rubina as the winner of the Ticket to Finale task.

She is asked her to save one contestant, who will become the first finalist of the season, as Rubina has been nominated for the entire season as a punishment.

Rubina chooses Nikki and she becomes the first contestant of Bigg Boss 14 to enter the finals.

Nikki is on cloud nine! 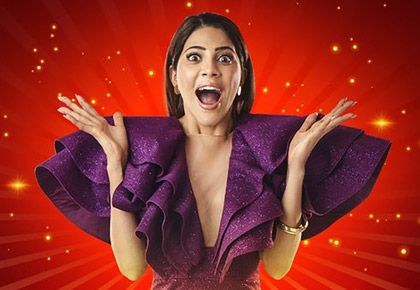 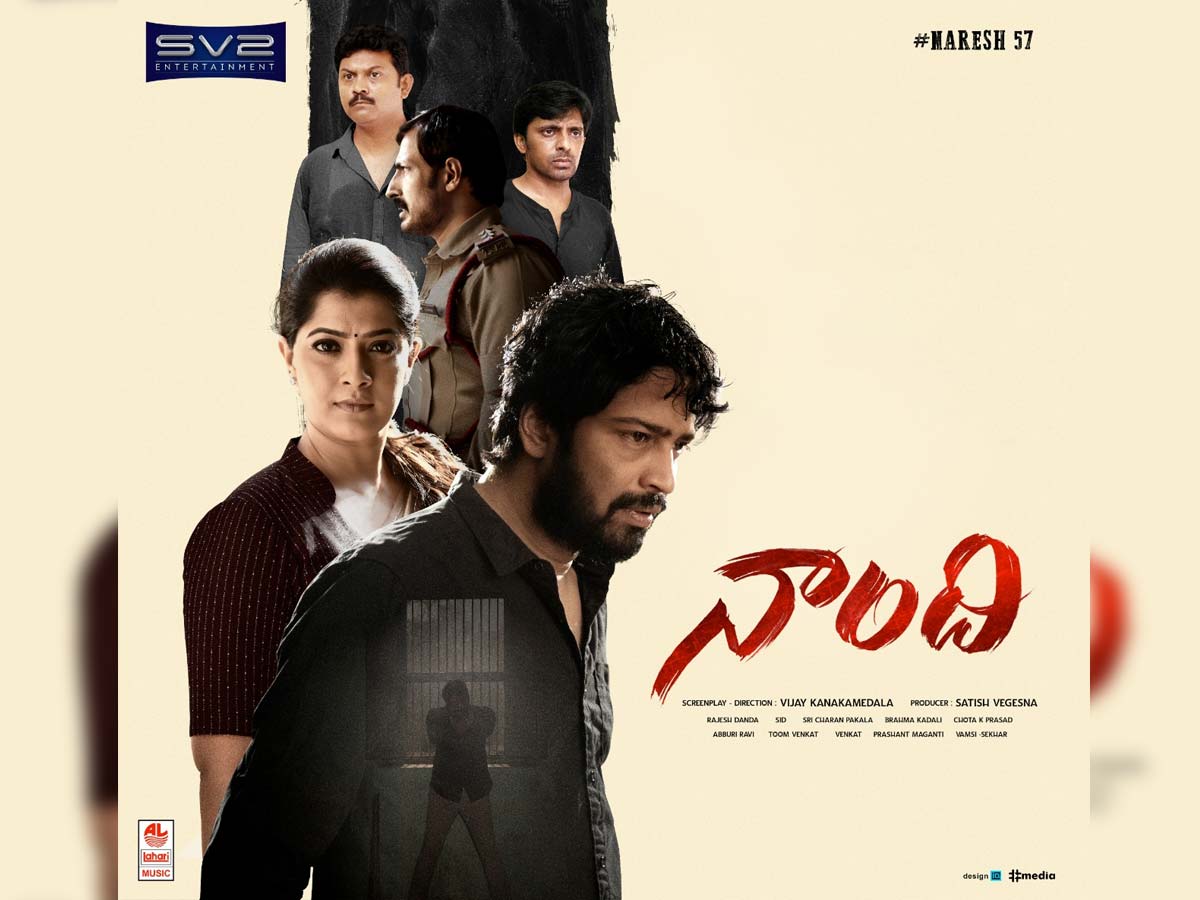