Among the nominated contestants, Jasmin Bhasin is the one who has shown different sides to her personality. Her fun chats with host Salman Khan too have caught attention. 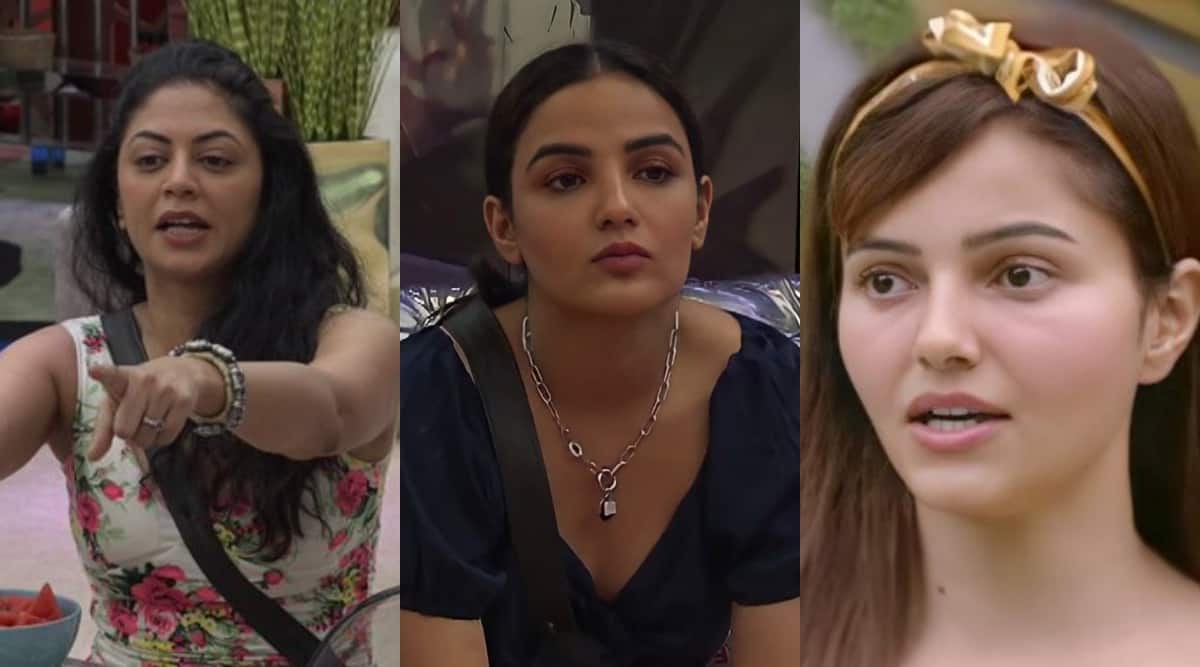 On Bigg Boss 14, the BB World Tour task made Eijaz Khan the captain of the house. Following the task, he was supposed to decide whom he wishes to send in the Red Zone and who all will come back to the Green Zone. As expected, he brought all the four members of the red zone – Pavitra Punia, Nikki Tamboli, Jaan Kumar Sanu and Rahul Vaidya, back to the green zone, saving them from eviction. In exchange, Rubina Dilaik, Kavita Kaushik, Nishant Singh Malkhani and Jasmin were sent to the Red Zone, which also resulted in them being nominated for eviction.

Now, it remains to be seen who will get evicted from Bigg Boss 14, or if once again their nomination will get cancelled because of some twist.

Who do you think will get evicted from Bigg Boss 14 this week? Cast your votes here.

Among the nominated contestants, Jasmin Bhasin is the one who has shown different sides to her personality. The viewers have got to see her fun side during the tasks, and she has also shown her passion for the show in several instances. Her fun chats with host Salman Khan too have caught attention.

Rubina has also grabbed the attention of the cameras, though not for good reasons. Instead of playing with the contestants of the show, she has picked most of her fights with either Bigg Boss or Salman. She has come across as someone who doesn’t understand the concept of the show.

But, Nishant hasn’t done enough to attract the viewers’ attention and entertain them. He is rarely seen in the house and has failed to put across his opinions as well. In the case of Kavita Kaushik, it is too early to say anything since it has only been a week since she entered the show.

SRM-AP students’ start-up on a roll