Bigg Boss 14 finale: Rubina Dilaik, Rahul Vaidya, Aly Goni, Rakhi Sawant and Nikki Tamboli are the finalists of Bigg Boss 14. Cast your votes and tell us who stands to emerge as the winner. 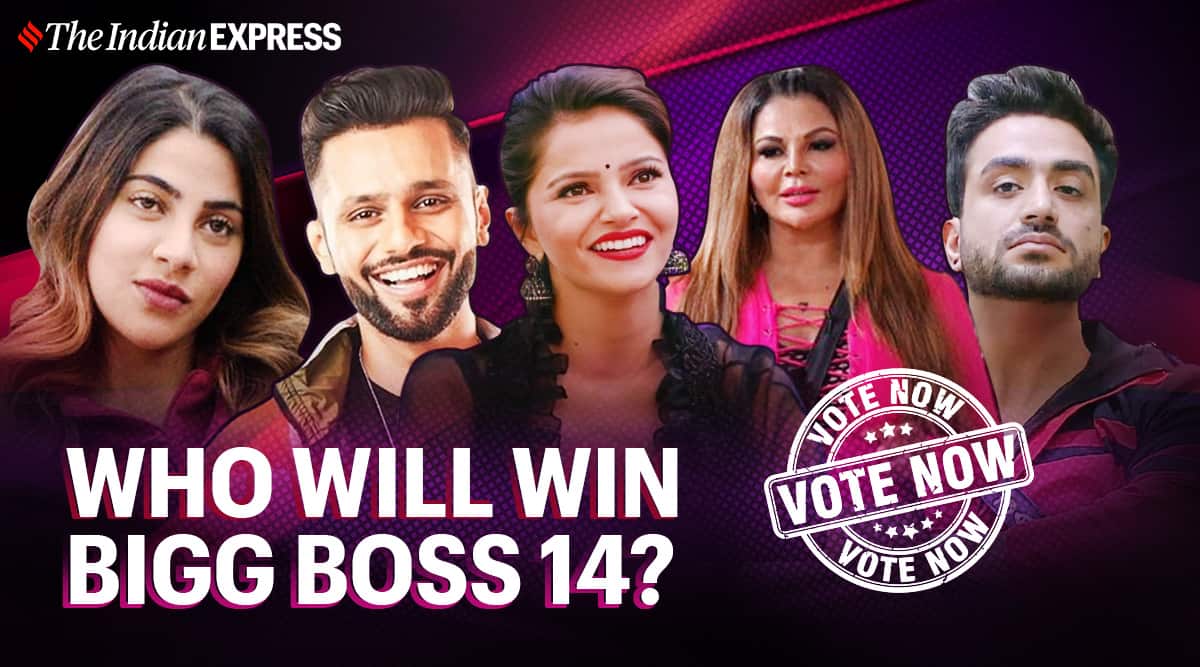 After a long run of over four months, Bigg Boss 14 is finally concluding. The TV reality show will have its finale on Sunday. Among those who are fighting for the trophy are Rubina Dilaik, Rahul Vaidya, Aly Goni, Nikki Tamboli and Rakhi Sawant.

All the five finalists had an illustrious journey on the show. But, Rubina and Rahul caught everyone’s attention with their fights. Also, both of them didn’t hesitate to show their vulnerability. While Rubina opened up about troubles in her relationship with husband Abhinav Shukla, Rahul confessed he cannot be away from his parents for long and decided to walk out of the house during the mid-season finale.

Who do you think will win Bigg Boss 14? Cast your votes here.

However, Rakhi Sawant, who came as a challenger inside the house, soon became a fan favourite. She entertained the audience with her antics and also won the heart of host Salman Khan. But she lost the track after she pretended to be in love with Abhinav and went overboard. Similarly, Nikki, who seemed to be the strongest contestant at the beginning of the show, looks weak at the moment.

Actor Aly Goni also has decent chances of walking away with the winner’s title. Though he entered the show only to support Jasmin Bhasin, he played his game well. He is the only one contestant who built some real connections in the Bigg Boss house. He found a good friend in Rahul and a sister in Rubina.

Now, it will be interesting to see who gets to win Bigg Boss 14. Going by the social media trends, Rubina, Aly and Rahul look the like strongest contenders for the trophy.