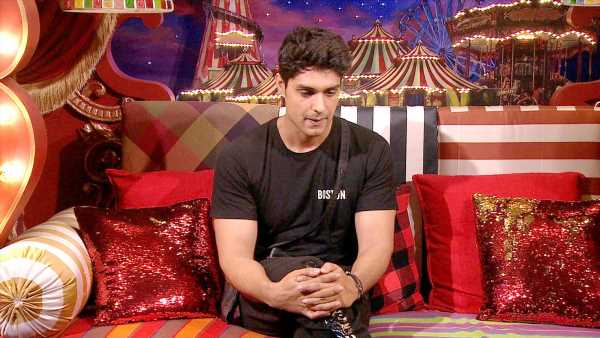 With each passing day, equations are changing in the Bigg Boss house, and the contestants are slowly showing their true personalities.

On one hand, Shalin Bhanot and Gautam Vig’s friendship seems to be turning sour and on the other, the latter’s equation with Soundarya Sharma seems to be weakening.

Archana Gautam is annoying but funny and is definitely making her presence felt in the game.

Namrata Thakker gives us a quick recap of all the happenings in the BB house.

In Thursday’s episode, Ankit Gupta is called into the confession room and Bigg Boss asks him to pass on some gossip.

Ankit feels that some of the housemates have dual personalities, as they are something else when the camera isn’t looking.

While talking about contestants coupling up, the actor says he doesn’t find Shalin Bhanot and Tina Dutta’s love premise genuine.

He calls it fake and that they are doing it just for the game.

But Ankit feels Gautam is genuine and does like Soundarya for real.

In the garden area, Shalin and Gautam indulge in banter, teasing each other.

The latter loses his cool and calls Shalin’s behaviour cheap. He also gets upset with Soundarya for entertaining Shalin.

Later, Tina sits with Shalin and calls him out for kissing Soundarya even though it was for fun.

She says she wouldn’t have liked it if her boyfriend acted like that.

Tina gets hurt when Shalin says he’s done with all this drama and can’t emotionally damage himself in the house.

Not everyone gets breakfast Sreejita De gets angry when she doesn’t get breakfast.

Sumbul Touqeer, who is in charge of cooking duty, says she was given less ration and hence, the breakfast got over before everyone could eat.

Sreejita approaches the captaincy and asks him to make sure food is available to everyone in the house.

Archana is told to SHUT UP! In the evening, Archana Gautam gets into a big fight over a piece of ginger that she has hidden in her bedroom.

Bigg Boss gathers everyone in the living area and asks them to name one person in the house who’s talkative, annoying and should SHUT UP.

Most of them vote for Archana.

She’s called to the confession room along with her room partner Shalin Bhanot for a fun task.

Archana is asked to keep her mouth zipped until Bigg Boss announces otherwise.

Bigg Boss tells her she can communicate with the others in the house but only through Shalin.

If Archana manages to keep mum, she will win the task. As soon as the task begins, everyone tries to provoke Archana so she says something or yells at them.

But the actress-turned-politician is unfazed and stays silent.

Nimrit and Gautam even take away the ginger from her room but Archana doesn’t react at all.

Though the housemates try their best to get Archana talking, they fail and she ends up winning the task with Shalin.

As a result, Bigg Boss sends a separate basket of ginger just for Archana and Shalin gets extra chicken for himself as a reward. 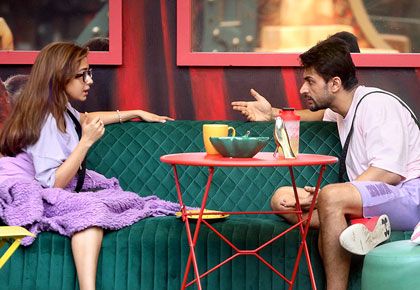