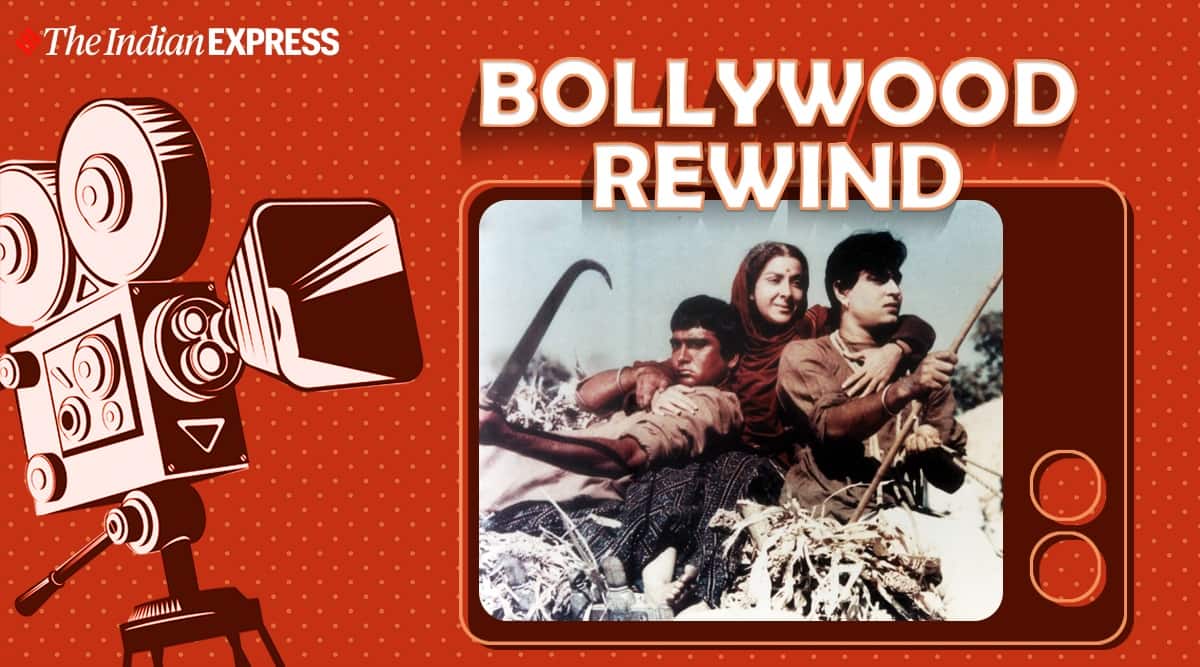 In this weekly column, we revisit gems from the golden years of Hindi cinema. This week, we revisit the 1957 release Mother India.

A few films define the course of cinema, and influence generations of filmmakers, actors, and the audience. Not many films get this distinction, but Mehboob Khan’s 1957 film Mother India is perhaps one film that indubitably makes the cut.

Starring Nargis, Sunil Dutt, Rajendra Kumar and Raaj Kumar in key roles, Mother India is among the films made almost 64 years ago that continues to be applauded for its themes. While many of those themes have varied interpretation in 2021, the core story of Mother India is still something that would work even in this day and age. 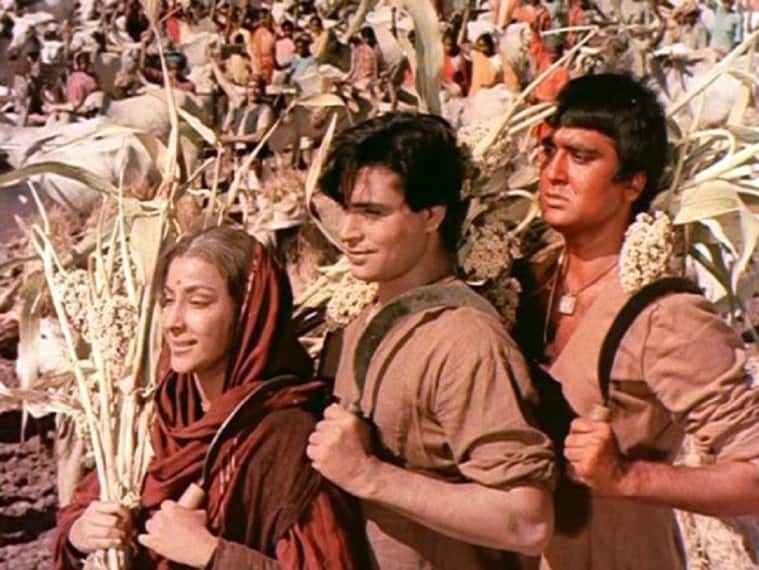 Mother India is the story of Radha (Nargis) who is a newly-wed bride in the village. She starts working with her husband in the fields since the family is weighed by local moneylender’s debilitating debt The loan doesn’t seem to end and Radha goes from an energetic young woman to a tired old lady in her bid to repay it. Even though those around her – her husband (Raaj Kumar), mother-in-law, two of her children leave her side, Radha still has to carry on and worry about the next meal for her two remaining sons – Birju (Sunil Dutt) and Ramu (Rajendra Kumar).

In one of the scenes of the film, Radha’s children are dying of hunger and she has to approach the evil moneylender for help. Sukhilala expects her to trade her body for some food and as she contemplates her condition, Radha has an epiphany. Looking at the statue of a god, Radha refuses to compromise on her integrity. This is a defining scene for the film as this point on, she is equated to being a deity.

The title Mother India can be interpreted in many ways. At the time, Mehboob Khan’s choice of title drew in some controversy as a book by the same name had create quite a furore. The book by Katherine Mayo was seen as vilification of Indian culture and values and many feared if Khan was making a film based on the book. His choice came from the conviction that from this point on, Mother India would be remembered as a symbol of sacrifice, love and devotion and not what Mayo had written.

Translated as Bharat Mata, one interpretation of this title equates mothers to being goddesses. While some might say that this puts women up on a pedestal, but hardly helps their cause. Treating them as goddesses gives men an opportunity to get away from dealing with them as people.

The title also suggests that a mother who brings life on Earth is a god-like figure but she is hardly ever treated like a human who has the option of making mistakes. Like in the film, Radha has to take responsibility of her household, her children and the never-ending debt. When Birju makes a mistake, it is Radha who is answerable to the village folk. It puts women in a box where they are expected to earn that god-like respect from the society only after they contribute an offspring.

Traditionally, Indians have always treated their land as ‘dharti mata’ and here in lies another interpretation of the title. The personification of ‘dharti mata’ comes in the picture when Radha and her sons bring the village’s farms back to life just by sheer labour.

After the recent medal wins at the Tokyo Olympics, it was commonly seen that female sportspeople were addressed as ‘Bharat ki beti’. Mother India’s title has a similar problem as here too, women’s accomplishments, sacrifices are respected only after they are examined via their relationships, not as an individual.

While Mother India dilly-dallies between feminism and patriarchy, the film can’t let go off its archaic roots, which were probably contemporary at the time. The conflict with Birju towards the end only comes into place because the woman he plans to kidnap is sacred for the village – “beti gaaon ki izzat hai”. This patriarchal setup gives way to one of the most shocking climaxes of all time that has since been revisited by many filmmakers. To this day, a woman pulling a gun on her son would leave you shocked so one can imagine the horror and impact of the scene when Nargis’ Radha shot Dutt’s Birju.

Mother India is blessed with some of the best performers of its time. After watching plenty of films from the 1950s, there is no doubt in my mind that Nargis was truly an enigmatic performer and if there was one film that had her at her best, it was Mother India. Sunil Dutt’s Birju is quite compelling in scenes where he is struggling to make sense of the debt his family owes while trying to find alternate vents for his anger.

With music by Naushad and lyrics by Shakeel Badayuni, Mother India is blessed in the soundtrack department as well. With tracks like “Dukh Bhare Din Beete Re”, “Holi Aayi Re Kanhai” among others, Mother India organically places its songs in the narrative, which was quite unusual for the 1950s.

Mother India’s storytelling and themes have birthed countless stories in Indian cinema but as the film has aged, not all the themes that it proudly represented back in the day hold well. Nevertheless, Mother India remains one of the most celebrated films of all time and just for that laurel, it deserves to be seen by generations to come.