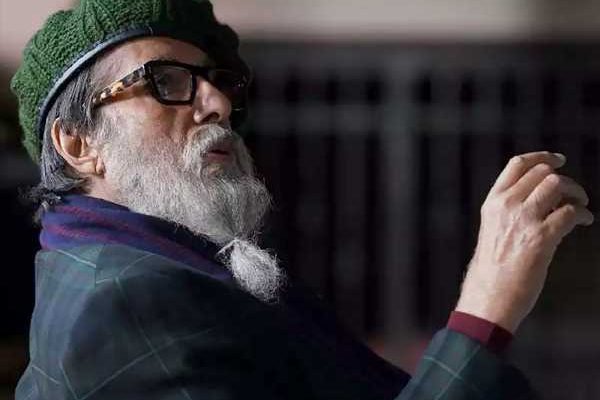 When the pandemic ends and the film business gets back to normal, expect to see a lot of Bachchans on the big screen.

At last count, there are at least 12 films between Amitabh Bachchan and Abhishek Bachchan that are in various stages of production.

In fact, points out Joginder Tuteja, father and son could have a movie release very month for the next one year.

The Rumi Jaffrey film was all set for release this Friday, but has now been pushed back till things are back to normal.

A wise decision indeed since the Chehre trailer promises a lot and one can well expect vintage Big B in action. One won’t have to wait to see Abhishek Bachchan in action though and he will be seen in The Big Bull this week.

Made for a theatrical release, Kookie Gulati’s film was earmarked last year itself for an OTT arrival on Disney+Hotstar once the pandemic revealed its ugly face. 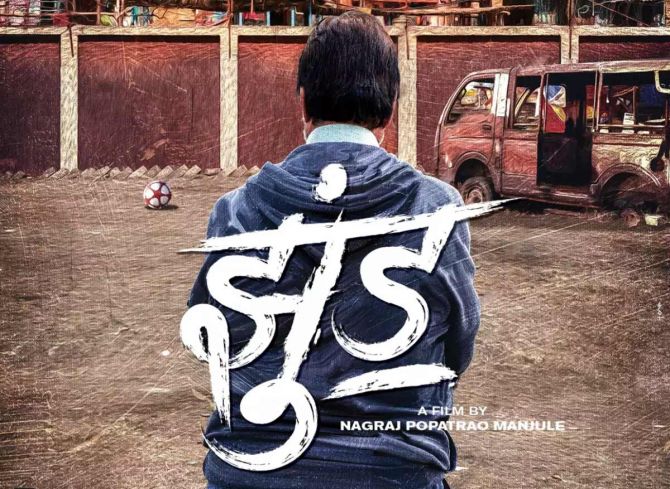 Ready for over a year, Jhund is a sports drama.

When the pandemic situation improved earlier this year, its release date was confirmed as June 18.

Since it is more than two months away, one hopes that India is back to normal by then and the much awaited film indeed hits the screens. 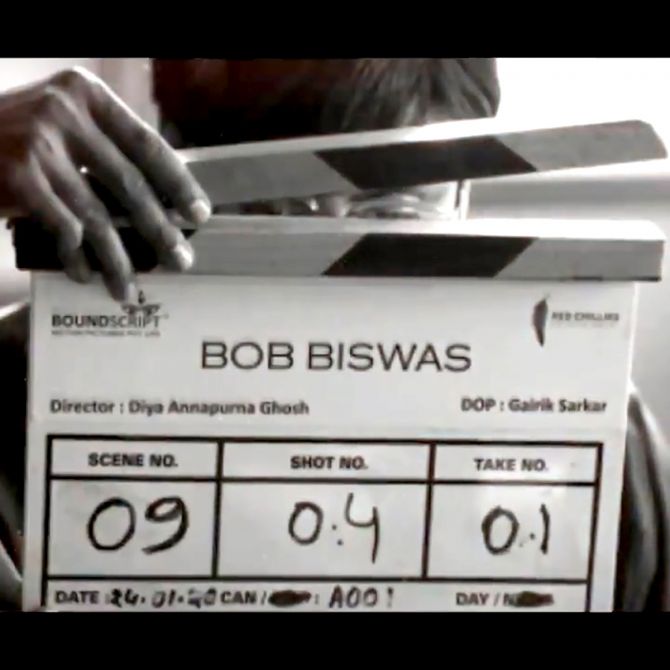 A spin-off to the character Bob Biswas from Sujoy Ghosh’s Kahaani, this Diya Annapurna Ghosh film has Abhishek playing the title role.

A Shah Rukh Khan-Sujoy Ghosh production, its shooting is through and one awaits its release date.

By the look of things, one can expect a quirky Abhishek performance. 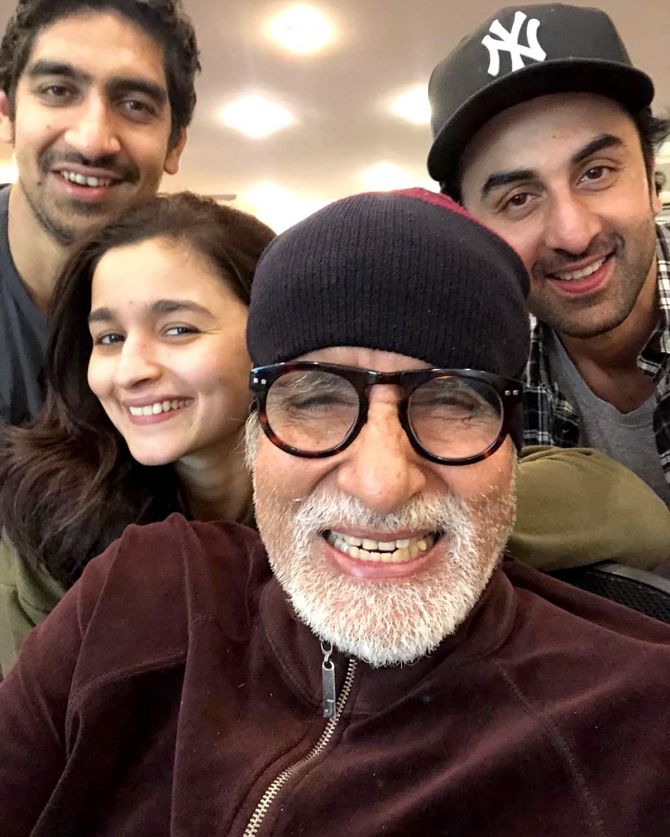 It has been a long time since Brahmastra began shooting and there is still no word when this Karan Johar biggie will arrive in theatres. Dasvi, a Dinesh Vijan production, has already finished its first schedule in Agra and now moved to Lucknow. Ajay Devgn is calling the shots as the director for Mayday, which is based on real life incidents.

Amitabh will be seen in a suave, stylish, avatar and seeing glimpses from the making of the film, we are excited already.

Breathe: Into The Shadows – 2, Abhishek Bachchan Once Abhishek is through with Dasvi, he heads to shooting the second season of Breathe: Into The Shadows.

The first season ended on a cliffhanger and the second season should be thrilling. 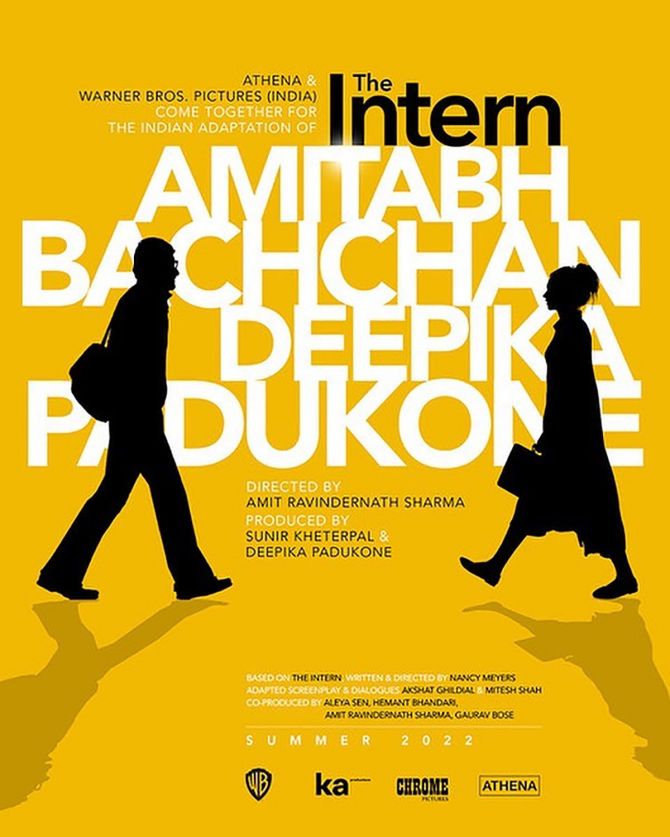 Amitabh plays the Robert de Niro role in the remake of the Hollywood film where his character is an intern who reports to Deepika Padukone.

Amitabh and Deepika reunite after their heartwarming Piku in a film directed by Amit Ravindernath Sharma (Badhaai Ho, Maidaan). 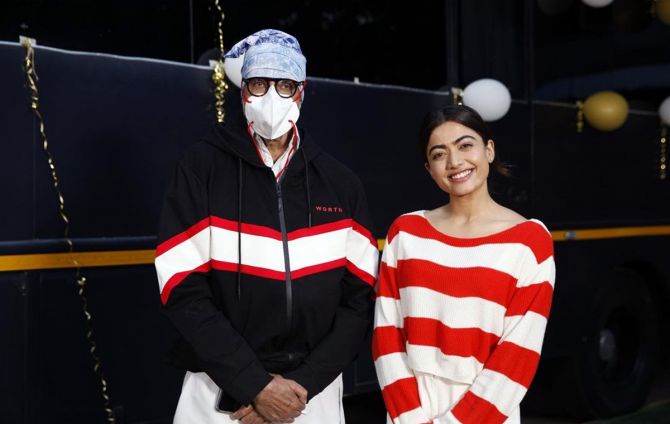 A film based on a father-daughter relationship, this is the first time that Big B is working in an Ekta Kapoor productio, and with Southside sensation Rashmika Mandanna. It has been a while since it was announced that Amitabh would have a major role to play in the Prabhas-Deepika Padukone starrer.

One can assume that after Brahmastra, this will be the biggest movie that Amitabh will be part of. Though an official announcement is yet to come by, the buzz is that Amitabh will lead the show in Sooraj Barjatya’s next film.

The story about friendship is likely to be titled Oonchai and may feature Anupam Kher and Boman Irani in key roles. 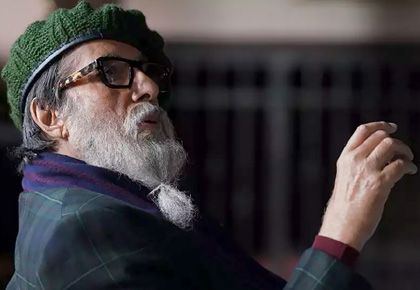