Directed by Hardik Mehta, Roohi stars Janhvi Kapoor, Rajkummar Rao and Varun Sharma. It will release in theatres on March 11. 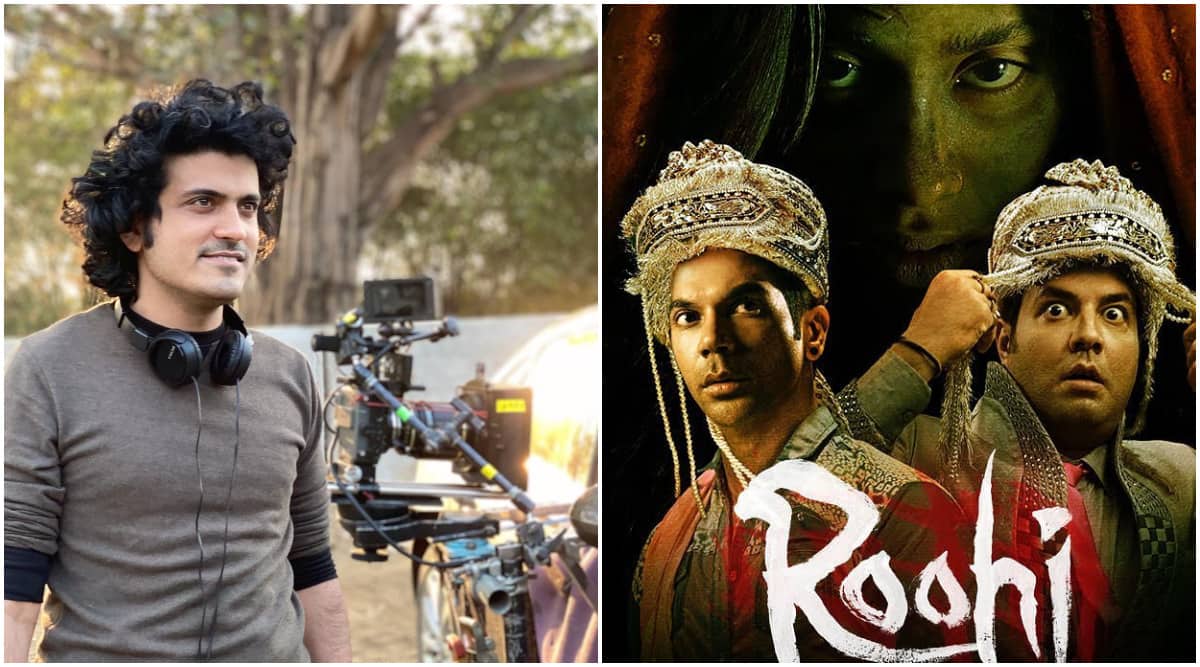 The trailer of Roohi, starring Janhvi Kapoor, Rajkummar Rao and Varun Sharma, released on Tuesday . The film, which was previously called Rooh Afza and then Roohi Afzana, is a horror-comedy directed by Hardik Mehta, who has helmed Kaamyaab in 2018, and co-written Trapped (2016).

Ahead of Roohi’s trailer launch, Hardik Mehta spoke to indianexpress.com about why it was important for the film’s team to release the movie in theatres.

Here are some excerpts from the conversation:

Q) Finally the release date for Roohi is out, you’ve been saving the film for so long, what was it like?

The good part is that for a film like this, it is not fast food that we can quickly prepare and serve it. So, there has been an advantage of the lockdown, we were able to edit it and nurture it well, it is a VFX heavy film, so we could use that time to fine tune it from our end. Often in our Bollywood films, we have seen that last minute VFX looks like a cut-paste job, we didn’t want VFX to look like that. So, I am personally very happy that we got that time to reflect on the film, most of the times directors don’t get that opportunity because they shoot and then within 3-4 months the release date is decided.

At the same time, the lockdown also tested our patience because the film deserved a theatrical release and we had no idea if and when the theatres would open. When you watch a trailer like this you understand that in a genre like horror-comedy the sound design and sound effects need to be experienced in theatres, it can’t be watched at home with children playing around or the noise of a pressure-cooker whistle going off in the kitchen. It is also a community experience to watch a film in this genre. So, now that things are opening up and we have protocols in place, I think it is the right time for a film like ours to come.

Q) Roohi comes from the makers of Stree which was mainly a project by Raj and DK. Did you make your film keeping Stree in mind?

At the end of the day, it was still Amar Kaushik’s film. Of course, the concept and story was by Raj and DK. Similarly, the concept for Roohi came from Mrigdeep Singh Lamba and Gautam Sinha, who are the writers on the film, and then they wanted a young director and that’s how I came into the picture. I had to take it ahead in a fashion where I mash-up pulp and horror and create a cinematic experience out of it.

Stree actually paved a way for us. The success of Stree has led to Roohi. If there was no Stree, there wouldn’t probably have been Roohi.

Q) How was your experience helming a horror-comedy like Roohi?

For someone who has come from Kaamyaab background, to have four cities to shoot in, three stars to direct and two producers to back the film, Roohi was a great experience.

Q) How was it directing the three actors — Janhvi Kapoor, Rajkummar Rao and Varun Sharma?

Janhvi was a pleasant surprise and she is going to surprise all with her performance even further. And to get a sincere actor like Raj, is like a director’s dream come true. The comic timing that he and Varun share in the film is like a ‘buddy comedy’ in a way. Raj’s character stutters in the film, he has picked it up so well, the way he is on the set, he makes the director look good. He is such a phenomenal performer.

Bankrolled by Dinesh Vijan’s Maddock Films, Roohi is scheduled to release in theatres on March 11.