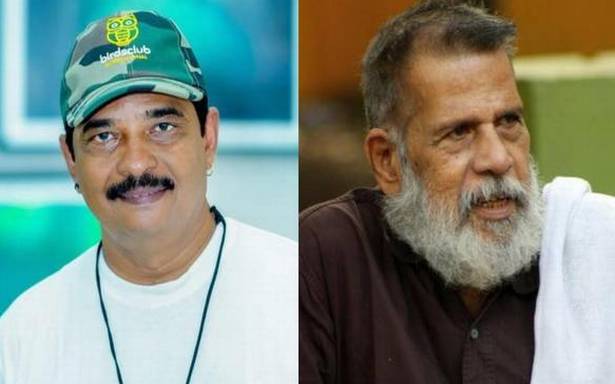 There have been some highly fruitful collaborations of scriptwriters and directors in Malayalam cinema. Like M.T. Vasudevan Nair and Hariharan, Padmarajan and Bharathan, T. Damodaran and I.V. Sasi, Lohithadas and Sibi Malayil, Ranji Panickar and Shaji Kailas, and Dennis Joseph and Joshiy. Memorable films come out of those enduring partnerships are many.

You could add to the list, the combination of Madampu Kunjukkuttan – he died at Thrissur on Tuesday —and Jayaraj. The duo had come together officially for Desadanam, the moving musical drama about a young boy chosen to join a monastery, which surprised the box office in 1996.

Together they went on to make some more outstanding films, including Karunam, which won Madampu the National Award for the best screenplay, and Shantham.

Desadanam proved to be a turning point in the careers of both Jayaraj and Madampu, who had till then been known only for his novels like Aswathamavu and Bhrasht.

Jayaraj was a different director after Desadanam, which put him on the path of sensible, quality cinema; he would make internationally acclaimed films like Ottal and Bhayanakam (he had by then begun to write scripts himself).

“My association with Madampu helped me greatly in my career,” Jayaraj told The Hindu. “I had first met him during the making of Kudumbasametham as part of my research, for Madampu had great knowledge about elephants. I had already read his works including Bhrasht. We hit it off right away.”

Madampu associated with Jayaraj during the making of Paithrukam, too. “He had contributed to the script of Paithrukam,” he said. “I am glad that I made him write Desadanam and that he could become one of our finest scriptwriters. I doubt whether he received as much recognition as he deserved.”