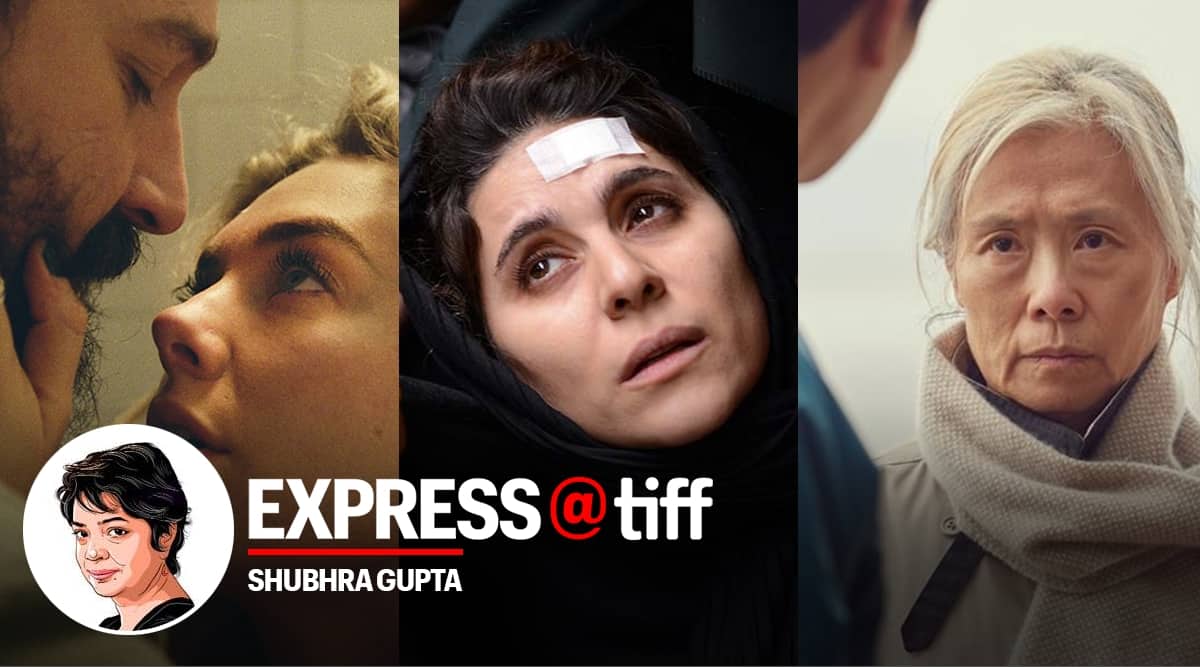 Guilt can kill. Especially if that guilt belongs to a woman, and even more so when that woman belongs to a country where patriarchy rules. 180 Degree Rule is set in Tehran, and presents us with a nuclear family struggling to come to terms with a tragic event: the husband dishes out blame, the wife is stuck between acceptance and rejection, and the result is a film that paints a portrait of a marriage and society, where men are taken at their word, and women are doubted.

School teacher Sara (Sahar Dolatshahi), along with her five-year-old daughter, is all set to attend a family wedding in northern Iran, but her cold, distant husband Hamed (Pejman Jamshidi) throws a spanner in the works. That her defiance, and the unbearable consequences, will be seen as a sin by Hamed is a foregone conclusion: Farnoosh Samadi’s debut feature also shows us just how hard it is for women to find sympathy even within their own family. Sara’s brother who stands by her is an exception. The rest are interested only in pointing fingers.

A subplot involves a schoolgirl, an unwanted pregnancy, and a horrific twist. The parallel that the film draws between the schoolgirl and the teacher makes the messaging around fault and blame even stronger. You hope that justice will be served, that Sara will somehow emerge from the situation, but the film’s choice of an ending, leaves neither her, nor us, with any succor. Who, really, is guilty?

Hungarian director Kornel Mundruczo’s first English language film Pieces Of A Woman has a kind of thematic connection with 180 Degree Rule. Here’s another married couple grappling with similar loss, and lashing out at each other in anger and pain. Martha (Vanessa Kirby) and Shawn (Shia LaBeouf) are expecting their first child, and the home birth, supervised by a midwife (Parker) goes horribly wrong. Not that trouble is evident from the start: all seems to be going well, till a hint that something may be wrong arises, and then things go too fast for containment.

Who is to blame? Martha who didn’t want a hospital birth, Shawn who goes along with her, or the midwife who doesn’t appear to understand how things went from being fine to anything but? Pieces Of A Woman trains an uncompromising lens on how quickly even seemingly-solid humans unravel, and how things can spin out of control even with the best intentions and expertise. There are superb performances all round: as the working-class husband who tries very hard to meet his upper-class wife’s expectations, LeBeouf is appropriately spiky; as the woman who goes from using her anger as a weapon on anyone within reach, Kirby is terrific; and as Martha’s mother, who carries conflicted memories of her own mother, Ellen Burstyn, is an inspired piece of casting.

What’s also inspired is the way Pieces Of A Woman refuses to judge any of its characters. No one is entirely blameless, but in the way Martha picks up responsibility for her actions both redeems her, and the others who were around her at that crucial time. That guilt can be got rid of, is a powerful, restorative thing.

The connections we make between guilt, crime and punishment play out in Korean drama An Old Lady in an unusual manner. A 69-year-old woman is raped by a male attendant while she is in hospital. The trauma visits her retrospectively in waves, and causes her to undertake certain actions, which include a visit to the police station to file a complaint.

It’s bad enough that women have the gall to go up against men; it’s worse when the woman is old, and the man is young and good-looking. Hyo-jeong (Ye Su-jeong) is faced with derision: is it not the case that she has begun forgetting things? Isn’t her memory playing tricks? Ageism is on full display.

Hyo-jeong is not your average grandma type. She is slim and trim, her ‘figure’ is a matter of envy amongst the young women she knows. She dresses well, and an investigating cop feels free to comment on it. She lives with an equally elderly poet and bookshop owner Nam Dong-in (Ki Joo-bong); her ‘unmarried’ status raises eyebrows. And while her partner is clearly empathetic, even he slides into a moment of doubt. It’s not only ageism, it’s also sexism.

Debut director Lim Sun-ae creates an unconventional protagonist, and while the film does meander off into a more conventional revenge curve (if the culprit will not confess, there are other ways of making him realise that he did the wrong thing), it stays strongly but sensitively on its feminist path. Guilt-tripping can cut both ways. What you will see on Kaun Banega Crorepati
India Kate Garraway's husband's battle against coronavirus is 'longest in UK'
We and our partners use cookies on this site to improve our service, perform analytics, personalize advertising, measure advertising performance, and remember website preferences.Ok