Telangana Chief Minister K Chandrashekhar Rao suggested that he wishes for the survival of the film industry, but at the same time, the infection should not spread further. Telangana Chief Minister K Chandrashekhar Rao on Friday met Telugu film personalities like Chiranjeevi, Nagarjuna and SS Rajamouli among others to discuss the resumption of film production and opening of theaters.

All production activities and releases are currently on hold due to the coronavirus pandemic.

An official press release read, “The CM suggested that everyone concerned should follow the lockdown conditions, preventive measures to contain COVID-19 virus and conduct shootings strictly following self-regulation. The CM has instructed the officials concerned to prepare guidelines on how to conduct film shootings in the state.”

The CM further suggested that he wishes for the survival of the film industry, but at the same time, the infection should not spread further. He said production can begin indoors with few crew members while following proper guidelines, and in the next phase in June, film shootings can start. 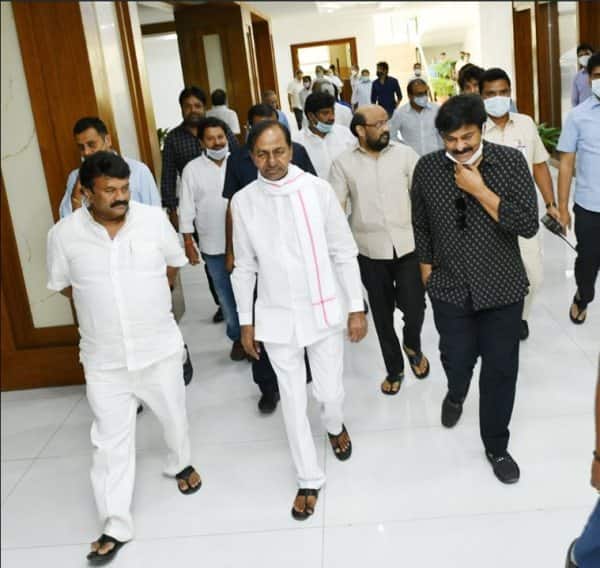 After a few days of shootings, the situation will be analysed, and further decisions regarding the opening of theaters will be taken.

In another tweet, he added, “He promised to bring to a resolution very soon and we may get back to do what we love the most! Thanks to Cinematography Minister Talasani garu for his kind gesture of taking this to CM garu’s notice :).”