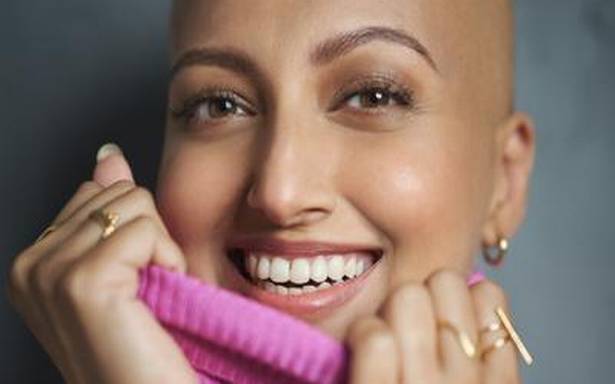 Actor Hamsa Nandini, who has worked in several Telugu films, disclosed that she is undergoing treatment for cancer

“No matter what life throws at me, no matter how unfair it may seem, I refuse to play the victim.” This statement came from actor Hamsa Nandini on her official Instagram and Twitter accounts. Known for her glamorous roles in Telugu cinema, the actor was diagnosed with Grade III invasive carcinoma (breast cancer) four months ago, she disclosed.

Having lost her mother to cancer, Hamsa Nandini was concerned. She was advised to undergo a lumpectomy, 16 cycles of chemotherapy and radiation. She states that she felt a sense of déjà vu, reminiscing about her mother’s battle with cancer that ended with her demise. The actor was also advised to undergo BRCA genetic test. “I tested positive for the BRCA1 mutation and my battle morphed into a full blown war,” she discloses.

She was was told that there was a 70% chance of her developing another breast cancer and a 45% chance of developing ovarian cancer. “I would have to go through multiple prophylactic surgeries over the course of the next three years. Eliminating all risks is impossible and the threat of cancer will loom on for as long as I live.”

She has undergone nine cycles of chemo, and has seven more to go.

Putting on a brave front, the actor stated that she hopes to go through the journey with optimism and wants to return to acting stronger and better.