Did you know that Jackie Shroff sings very well?

Well, that’s where his son Tiger, who has turned singer, gets his inspiration from.

“I was just bored during the lockdown and feeling restless,” Tiger tells Subhash K Jha.

“This was the time to expand my horizons. So I wanted to work on something new and on something that I’ve always wanted to do. So far, I had sung only under the shower.”

Tiger and Avitesh have known each other since childhood, since their fathers go back a long way.

“I contacted Avitesh in April and we’ve been working on this song ever since,” Tiger says.

Tiger says this song is a one-off experiment and doesn’t mean he will be doing more singing.

“I enjoy singing, but I enjoy jumping off buildings more. I’d rather let someone else do my singing on screen while I focus on stunts.” 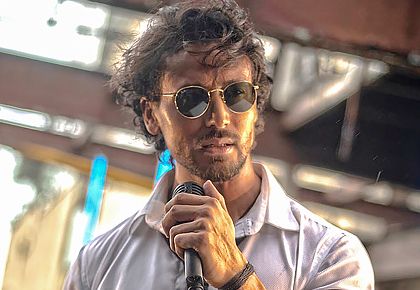