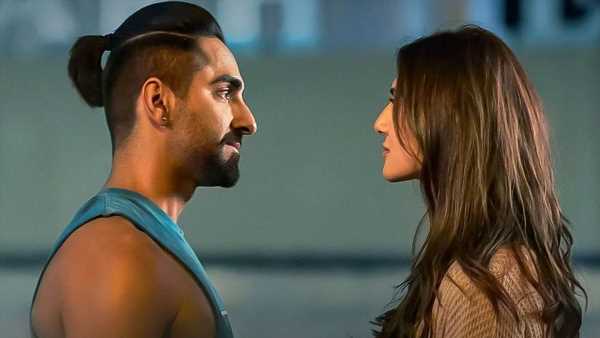 ‘People love watching good stories and as film-makers, it’s on us to leave them with something they can take home.’

Abhishek Kapoor goes into uncharted territory with his latest film, Chandigarh Kare Aashiqui, where its lead Ayushmann Khurrana falls in fall with a transwoman, played by Vaani Kapoor.

The director of such films like Rock On!!, Kai Po Che, Fitoor and Kedarnath tells Subhash K Jha, “Trans-characters have always been reduced to become the butt of jokes in films and it was high time that we saw them in a new light.”

How did the idea of Chandigarh Kare Aashiqui come to you?

The germ of the story emerged from a chance meeting with this lady named Simran Sahni.

She’s a mother to beautiful twin daughters, both of whom have undergone gender re-assignment surgeries.

The brief chat I had with her about the subject somehow stayed with me.

Post Kedarnath, that process of incubation seemed to have culminated into the conception of a love story and along with my writers, Supratik (Sen) and Tushar (Paranjpe), we began deep-diving into this world. 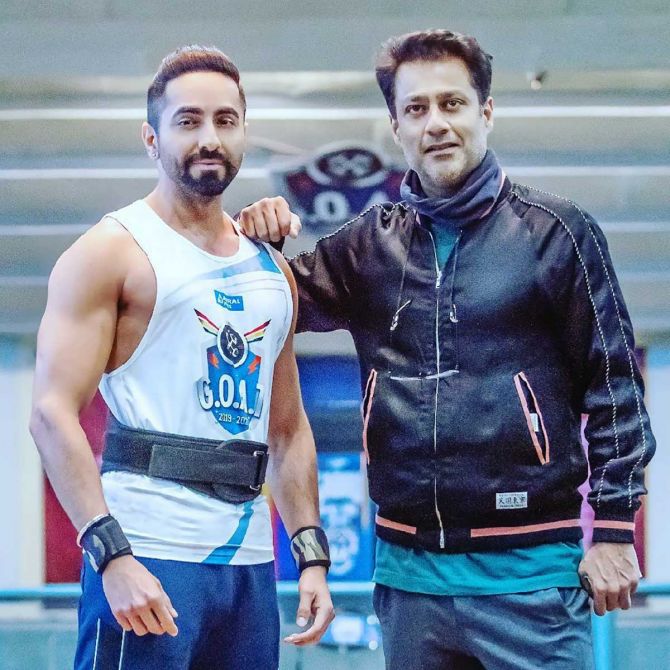 It is an unconventional subject about gender reassignment. Didn’t you fear going into a territory never gone before in mainstream Hindi cinema?

It’s always exciting to push your boundaries as a film-maker and outdo yourself.

One shouldn’t let the reductive shackles of what we regard as ‘mainstream cinema’ constrain or dilute one’s creative voice.

I want to go all out with every film I make.

Chandigarh Kare Aashiqui marks a bold departure not only for Hindi cinema but also for you. Your last film was about a pilgrimage site.

In all my films, I’ve refrained from adapting myself to a certain mould and developing a comfort zone.

Looking back at the modest work I’ve done so far, I’m glad I could explore the vividly rich Indian Diaspora and delve into such distinct worlds and characters.

So transitioning from one film to the next is something that’s always been in my DNA as a film-maker.

Ayushmann Khurrana and Vaani Kapoor are pitch perfect in their parts. How did you convince them to take on their bold roles, especially Vaani?

Ayushmann and Vaani are actors who are thoroughly dedicated to their craft.

It was fascinating to see them explore the finer nuances of the characters and express what is concealed between the lines.

Vaani is like an enigma waiting to be explored. She saw an opportunity with this story to tap into her boundless potential as an actor.

Kudos to her for embracing such a challenging part with such poise.

Everything is just right in Chandigarh Kare Aashiqui. Were you aware that the chemical balance of the storytelling was going to be so right?

Thanks for saying that. We had spent over two years working on this script.

We took several routes with the story and tried to set the premise in different backdrops before we landed up with the present one.

But over this course of experimentation, we grew increasingly convinced about the desired treatment and appeal that this story demands.

Perhaps it was this insight that helped us pepper the screenplay with measured elements of romance, humour, drama and the central theme.

Like every other story, this also involved a long process of trial-and-error until it felt just right. The response of the LGBTQ community to your film is crucial. What are your thoughts on this?

Most certainly. More than anything else, it’s a story that is bound to resonate with the unheard, discriminated voices who are a victim of the biases ingrained in our society.

Besides being a love story, it’s a film that attempts to destigmatise a regressive taboo and acceptance from the communities would be truly validating.

Tell us about your next project.

I’ve been developing a couple of projects simultaneously but am still in the process of figuring the one that goes on floor next.

Besides directing, as a production house, we are also focusing on developing content for OTT platforms and getting other directors on board who share the same passion for clutter-breaking storytelling. 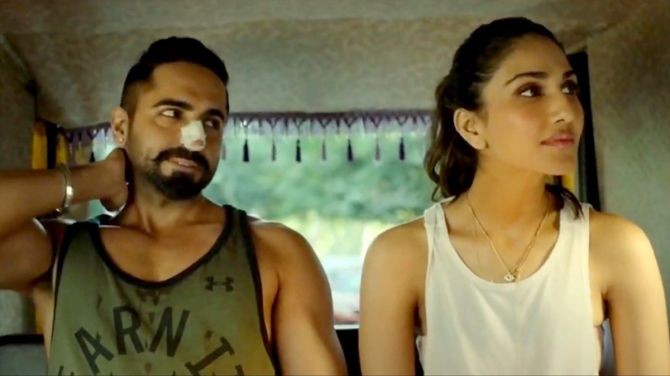 You took a leap of faith in making this wonderful film. Any fear of falling? Do you feel Hindi mainstream cinema needs to take such a leap more often?

I think the conviction and belief I had about this story superseded any doubts and hesitation.

Trans-characters have always been reduced to become the butt of jokes in films and it was high time that we saw them in a new light.

Nothing will make me happier than encouraging conversations about the subject through the film.

People love watching good stories and as film-makers, it’s on us to leave them with something they can take home.