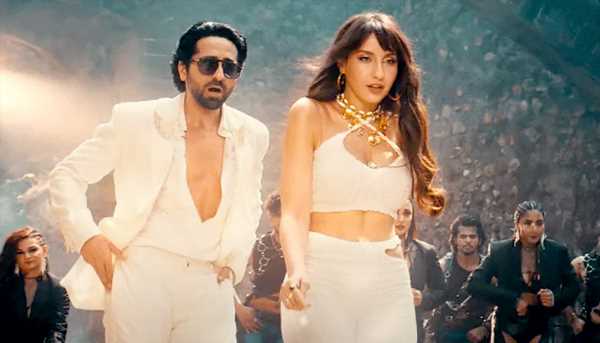 ‘I probably will have to give up on taboo subjects for a while. but I can’t give up on quirks.’

That isn’t stopping him from continuing to take risks, of course.

His latest film, An Action Hero, sees him doing action for the first time in his career.

“It’s not just about changing myself or my image as an actor. It has to do with the subject, and how different this action movie is from the others,” Ayushmann tells Patcy N/Rediff.com.

As An Action Hero nears its release date on December 2, how do you feel?

It’s always the same feeling — a mixed feeling of excitement and nervousness.

How did you prepare for your first action film?

While I was shooting for Doctor G, I was preparing for An Action Hero.

I trained for eight months. It was physically very tough for me, kind of a reinvention for me.

After 10 years in the industry, I am doing my first action film.

You can’t call Anek an action film because it was a docu-drama. 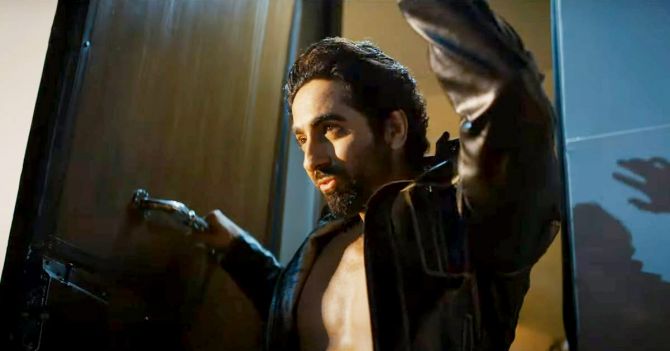 How do you look back at your journey?

The journey has been really fruitful because I started as a theatre actor, then became a radio jockey and then, a television host.

Whatever the universe has given me is probably beyond my expectations, so there is a feeling of gratitude.

As an actor, I am synonymous with a certain genre, and it’s very flattering and overwhelming to know that.

At the same time, I’m still evolving, especially in the past few years. I want to make my films wider, make the entertainment quotient go higher than just giving a message.

I probably will have to give up on taboo subjects for a while. but I can’t give up on quirks.

If I have to go for subjects that are more niche, it has to be on OTT.

It can’t be a theatrical release because I think the intelligent, progressive, audience have shifted to OTT. They really need to be excited to come out to theatres.

What message does An Action Hero have?

There is no message as such. Are you trying to break away from taboo subjects because you’re missing out on commercial cinema?

In fact, taboo subjects were commercial in the pandemic era.

It is just that it has to be a community-viewing. For that, it has to be wider film; like kids have to watch it.

For example, my LGBT film (Chandigarh Kare Aashiqui) didn’t do well commercially because unfortunately, our country is homophobic.

Anek was a docu-drama, which was very niche in terms of the tonality of the film.

Dr G was an ‘A’ certified film and with that kind of certification, it did decently in theatres.

When films don’t work, does it shake you up as an actor?

I think I am unshakable.

Seriously, I have built my entire career on risks. If I stop taking risks, I think I’ll be finished.

I’ll take unconventional choices in future as well, irrespective of success or failure.

People say that you’re one actor who doesn’t bother about the genre. If it is different from the others, you will grab it.

That’s the beauty of the budgeting of the film.

My films are mostly small budget to mid-budget so overall, nobody goes in losses. So I can afford to take risks. 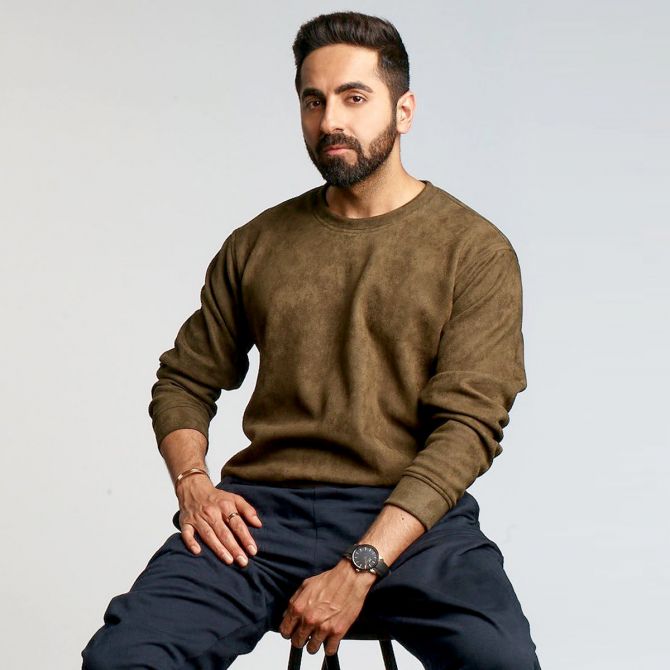 Was there any scene in An Action Hero that was emotionally taxing for you?

More than emotionally taxing, it was physically taxing.

I shot for this film immediately after recovering from COVID.

Two days of recovery and I was doing action scenes. That was the toughest part.

Of course, physically, it was quite risky.

In fact, every action film is risky.

You have to trust the other person, the way you throw things at each other, the timing of it… it can always be risky.

You play a star in this movie. Have you used any of your personal experiences?

No. Manav, the superstar, is very arrogant.

He wears his stardom on his sleeve.

The subject is topical because of the way the media is and the way people are.

There a lot of trends going on like #BoycottBollywood, the fickle nature of the media… that’s what the film is about.

It’s a very new-age concept, which is relatable.

How extensively have you used a body double in An Action Hero?

Body doubles are used in every film.

It’s difficult to encapsulate everything on your own, there are professionals doing that.

So there has to be 10 percent usage if not more because otherwise, how will you do the wide shots?

Maybe you are shooting something else and the body double is shooting the wide shots.

It is just less time-consuming and practical. What was your first reaction when you saw the script of An Action Hero and you got a chance to do action?

I think the film also works as anti-casting because if there was a usual action hero doing this, it would have been no fun.

Since I’m there in the film, I am a different person coming in, from social dramadies to an action hero.

It makes the project more exciting.

It’s not just about changing myself or my image as an actor. It has to do with the subject, and how different this action movie is from the others.

It’s not just action, it’s the story. There are thrills, there is comedy… I think it’s my most commercial film.

It’s very important to have strong antagonist, an actor who’s like a powerhouse performer. Jaideep Alhawat completes me.

I wanted to have him in the film because he ticks all the right boxes.

It was difficult to get his dates because he was so busy after Paatal Lok.

I said I would adjust my dates, but we have to have him in the film.

We have seen films with face-offs between two protagonists. Here, it’s more real.

There are two ideologies, and both have their own reasons.

You took a month to say yes to the film. Why?

This is my first post-pandemic choice.

I had to take my own sweet time to discover everything, every aspect of the script and give my own inputs. So I took a month.

But I was always in love with the script. 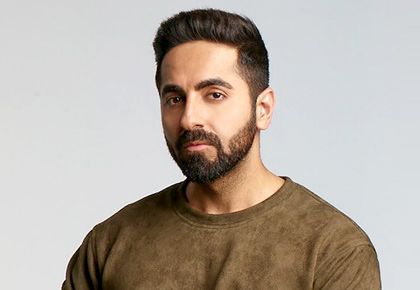