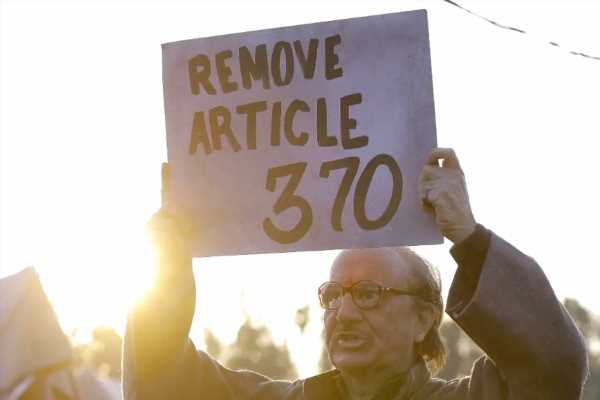 ‘What matters to me is that the film is reaching out and touching hearts.’
‘An 85-year old man and his 75-year wife, who had never stepped into a cinema, went to see The Kashmir Files.’
‘That is my real achievement.’

The Kashmir Files has turned Director Vivek Agnihotri‘s life inside out, but he hasn’t changed.

“You know me from the time I made Chocolate in 2005. Even back then, I couldn’t fit into the Bollywood mould,” he tells Subhash K Jha.

“When I started my journey 12 years ago, I decided I will make my kind of films, and never a star-driven film. I firmly believe cinema is the writer and director’s medium.” 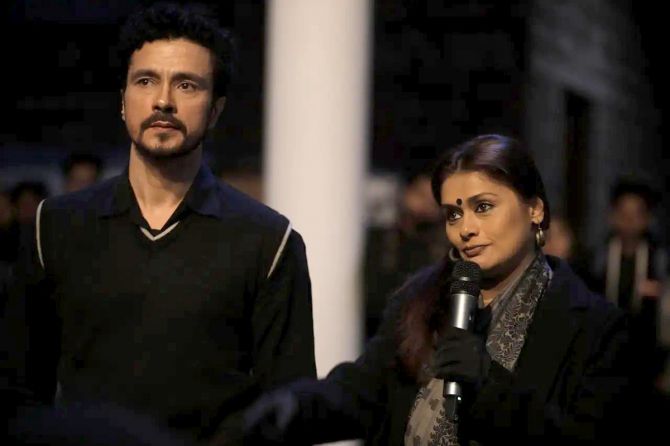 Vivek is filled with gratitude at the stupendous success that has come his way.

“Audiences the world over are watching the film in pin-drop silence. Three hours and 50 minutes is not a joke. People are reaching out to Kashmiri Pandits all over the world. Why is it working so well in Canada? It started with two shows. Now there are more than 90! The film has connected Indians in conversations and debates everywhere.”

“Ramu (Director Ram Gopal Varma) has made a video on the success of The Kashmir Files where he explains why he hates my film. It’s a brilliant review.

“We were working on The Kashmir Files for four years. We used our own money. We mortgaged our home. We went to many parts of the world for research. After all the expenses, we didn’t even know what was going to come out of it.”

Vivek had great difficulty in getting a producer on board.

“Finally, Abhishek Agarwal came on board unconditionally. Then after the film was half-complete, Zee came on board. Bollywood producers wanted me to make typical potboilers which we were unwilling to do. We decided to make research-based films with self-generated funds. This was our decision in 2010. We made Buddha In The Traffic Jam, The Tashkent Files and now The Kashmir Files. Then The Delhi Files.” 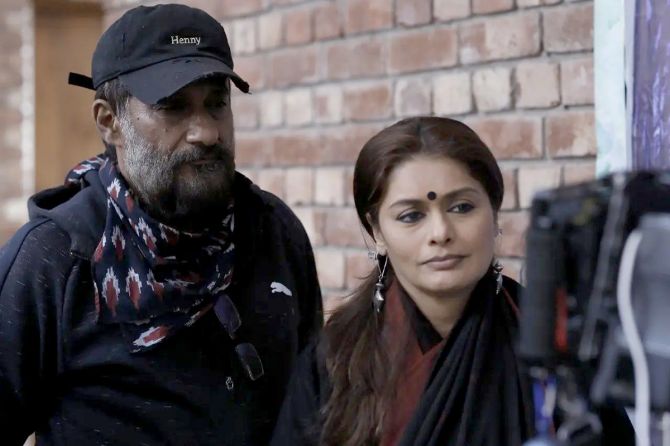 Vivek admits he is clueless as to why Bollywood follows the star system and pays actors in crores.

“I resigned from Bollywood long ago. Even while promoting The Kashmir Files, my wife (actress Pallavi Joshi) and I do the needful because we believe we are the creators of the product. We need actors, not stars in our films.”

Vivek admits there were threats to his well being after the controversial success of The Kashmir Files.

“Yes, there have been threats,” he says. “Recently, two boys barged into our office when my wife and I were not there. Only a manager, a middle-aged lady, was here. They pushed her with the door. She fell. They asked for me and fled. I never spoke about this incident because I didn’t want such elements to get any publicity. I told them not to bother with the security, but they said they have to.” 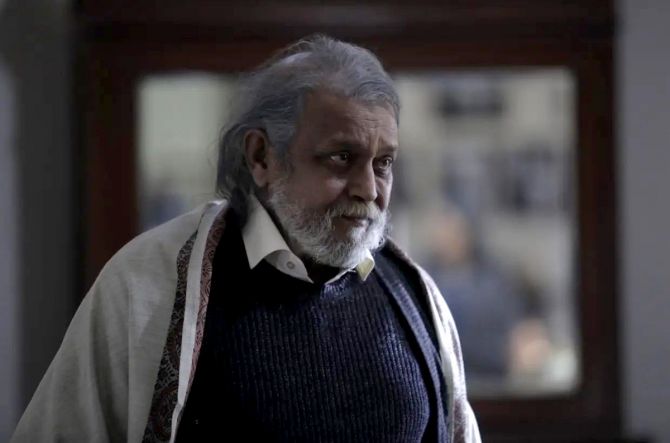 “Coming up next is The Delhi Files and then I am done with the Files trilogy. No power on earth and no amount of money can persuade me to turn the Files into a franchise. It was always meant to be a trilogy.

“Those who know me know that I’ve been making the films that I want to make for the last 10 years. I am the last person who is going to think, ‘The audience is addicted to the franchise, so let’s make one more.’ I will never do that,” he says.

“Audiences are not going to clap for crap. For us, cinema is not about networking and socialising. We don’t party. We don’t drink. We haven’t slept for more than four hours since we started working on Kashmir Files because we were constantly checking and re-checking the logistics of the writing, filming and release. We started with a mere 600 screens. Then suddenly it became a B and C centre film as well, so we had to provide screens to those centres.” 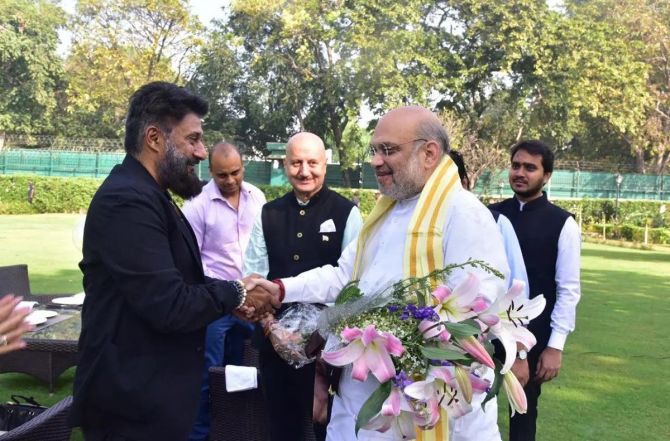 There are rumours that The Kashmir Files is getting a tax exemption because of Vivek’s closeness to the BJP.

Vivek vehemently opposes this view: “No, that’s not true. That’s the government’s acknowledgement of of the film’s relevance. If they don’t make the film tax free, their voters would rebel against them.”

As for The Kashmir Files being labeled anti-Muslim, Vivek protests, “Our intention was never to malign any community. I have not even spoken against Pakistan in my film. I believe my audience is intelligent enough to know that the villain in The Kashmir Files is terrorism. There is a line in my film where a character says even Muslims and other communities, apart from Hindus, are victims of terrorism.

“I will tell you one more secret. You remember the scene on a shikara where a Kashmiri tells Darshan Kumar what he (the Kashmiri) thinks about the situation. I told the Kashmiri to say everything that he feels. I told him to write the dialogues himself. That was a real Kashmiri Muslim boy, who lives in Srinagar.

“If the film is still being branded anti-Islam, then that’s politics. I am okay with that. What matters to me is that the film is reaching out and touching hearts. An 85-year old man and his 75-year wife, who had never stepped into a cinema, went to see The Kashmir Files. That is my real achievement. The film has gone to the villages now.” 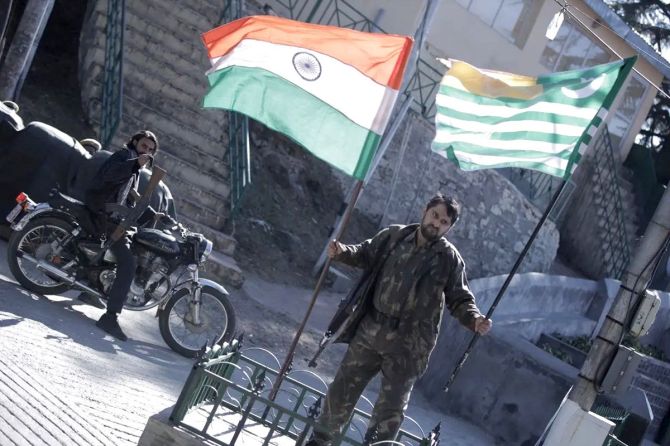 “I had been fighting with the I & B ministry and the Maharashtra government to reopen theatres after COVID. Nobody was listening. Then I fought for a 100 percent attendance in theatres when everyone was busy collecting fat pay cheques by selling their films to OTT.

“They wanted to know why Vivek was fighting for the re-opening of theatres. They said he was not getting any buyers on OTT, that’s why he was fighting for theatres. But I knew cinema needed to be revived. Today, they are saying footfalls in not just the cinemas, but also shopping malls have revived because of The Kashmir Files.”

When I bring up the lack of support for the film from within the industry, Vivek has a priceless explanation: “I resigned from Bollywood in 2010. We are a small boutique filmmaking house. We make cinema out of passion.

“I am happy I don’t have friends in Bollywood. If I did, I would somewhere be tempted to make them happy by making what they want me to make. Right now, I can make lots and lots money and go home happy. But I can’t do that. It’s not in my DNA.” 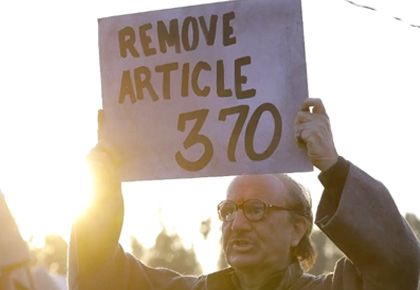