‘There is a lot of money coming into the business, people are consuming a lot of content, there is no dearth of new films and shows coming out of India and being available worldwide.’ 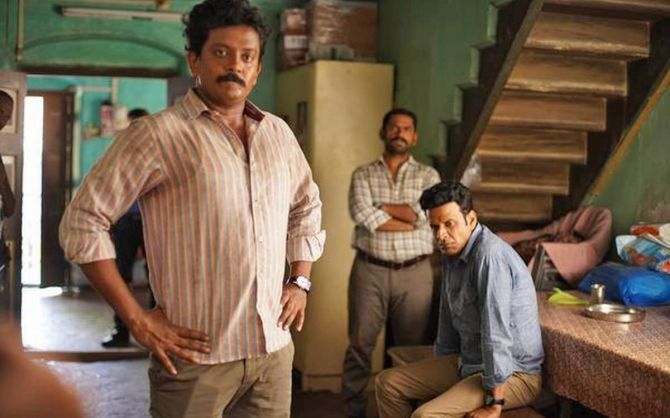 Suri Gopalan‘s optimism for the Indian film industry is infectious. He has got his eyes fixed at the bright lights at the end of the tunnel.

An industry insider with footprints in the US and India and with an experience of almost 30 years in the field, he may have credible reasons for it.

His plans of moving from New York and setting up shop in Los Angeles were thwarted by the pandemic and also the need to be closer to his ageing parents in India.

Suri’s company Vista India is involved in the post-production workflow for these streaming platforms.

His company undertakes the essential task of localising the product, which in broader terms involves quality control processes, security, maintaining encoding standards, subtitling and dubbing of content from major studios and production houses.

All this before the content is ready and served in its final form to various OTT platforms and consumed by millions of us hooked onto Hindi, Tamil, Telugu or Malayalam films. Suri is a known name within the Indian music and film industries as he owned the biggest retail outlet in the US back in the days of the physical format of cassette tapes, CDs and DVDs.

Raaga Music was one of the biggest distributors of Indian content in the international market with stores across the US.

With the demise of the physical format, Suri kept pace with time and technology and is now funnelling the content of major film producers to digital platforms.

“It’s a reinvention of the old business, except that the new business is all digital. You can call me a glorified plumber, as that is practically what we do,” he explains to Rediff.com US Contributor Abhijit Masih.

Apart from being ‘the plumber on call’ for the likes of Netflix and Apple, he also represents smaller film-makers, helping them market their independent films to these streaming platforms and providing a pipeline to the international audience.

“It’s another layer where we act as an aggregator on behalf of the smaller film-makers and license their films to these digital platforms,” says Suri.

“Earlier they would have gone to the theatres and then would have had to break into a digital platform,” he add, “Since now they do not have the theatres because of the pandemic, they come to us and we provide them with the service and our expertise.” The shattering of the theatrical pillar for the film industry in the US and around the world has witnessed the meteorical rise of digital platforms.

Suri does not believe that the glory days of the Indian film industry in the US is a thing of the past. When the likes of Baahubali 2 brought in a million dollar collection from the US alone.

“There would always be only around 20 films in a year that would command a box office release and these 20 films will continue to do well as soon as the theatres open up. The big star films with special effects will continue to do very well,” predicts Suri taking into account the increasing audience confidence after the vaccinations.

He predicts a bounce back once all the theatres open up across the world.

“The audience, post the pandemic, may have become more choosy about the content that they watch, but they would be back to enjoy the big screen theatrical experience,” he feels.

Definitely music to the ears of Bollywood big wigs who have reason to rejoice lately on the increase in international revenues from the Middle East, owing to the opening of theatres in Saudi Arabia. 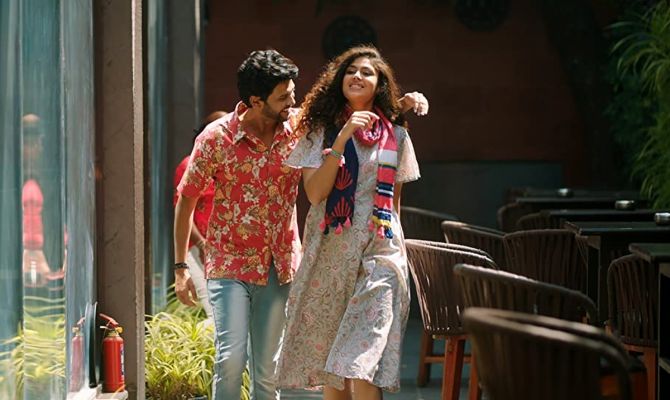 Another reason for optimism is the success of regional cinema in the US.

“The regional film market is really robust and has a unique market of audiences who do not shy away from paying $30-$40 for a film. Telugu films have performed exceptionally well and will only do better once the theatres open up. The Tamil films, off late have also done fairly well at the box office despite the difficult times,” dds Suri giving credence to his belief.

The pandemic forced the vanishing of the theatrical window during the pandemic.

A time when the films were released first in theatres and then a few months later on digital platforms.

Salman Khan’s Raadhe was released this Eid simultaneously in theatres in the US and on ZEE5. So was the case with Disney’s Cruella.

Two of the latest releases burdened with the expectation of getting people back into the theatres, facing the dual challenge of a pandemic and also the self competing for simultaneous digital launch on OTT.

“While Raadhe was one of the big films to follow that path, I don’t think that will become a standard,” mentions Suri, assuring the return of the theatrical window.

Going direct to digital is perhaps the most difficult decision for producers since it would not even cover the cost of the production of the film.

The most worrying part for the Indian film industry right now is to get back the theatrical window, but with the absence of any organized studio muscle pushing for it, it might be a tough ask with the audience now accustomed to the negligible wait of one month or less, to watch the film at home.

On the other hand, it would be interesting to see how soon Amazon Prime Video releases the new James Bond film on its platform after the theatrical release, now that Amazon has acquired MGM.

“That would be an interesting test,” says Suri, where the interests of the studio and the digital are both aligned and opposing. 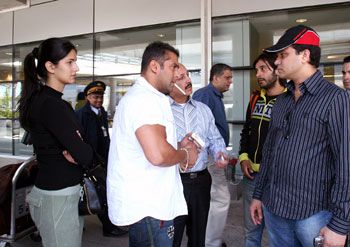 The star-studded live shows, once a staple of the Indian Diaspora, featuring superstars, dancing queens, comedians and singers have, like any other live entertainment shows, been suspended.

Salman Khan had planned a tour of the US and Canada in April 2020, which was ultimately cancelled.

Suri, who has attended many such shows in the US, feels the shows will return. “The star-studded dhamaka shows will come back. It’s our form of live entertainment and the music industry depends a lot on it. Artists like Badshaah are touring guys and they attract a large audience. People in America salivate on the song-dance sequences with these stars,” says Suri.

The diminishing popularity of the Khans in America does not discourage Suri.

“For a long time, the Khanss ruled the box-office and the live show arenas, but it is probably now time for the next-gen to take over. The likes of Kartik Aryan and Ranveer Singh, Deepika Padukone, if they come together and put up a show, I am sure a lot of people will come and attend the show in America,” predicts Suri. The only thing that worries the man oozing oodles of optimism and hope for the Indian film industry is the fact that many theatrical screens will not be able to survive the hit caused by the pandemic.

An industry already dealing with the dearth of adequate number of screens in India and the US will find it even tougher to secure sufficient reach.

“Other than that there is no fear. There is a lot of money coming into the business, people are consuming a lot of content, there is no dearth of new films and shows coming out of India and being available worldwide. It is a great time for the industry,” he says. 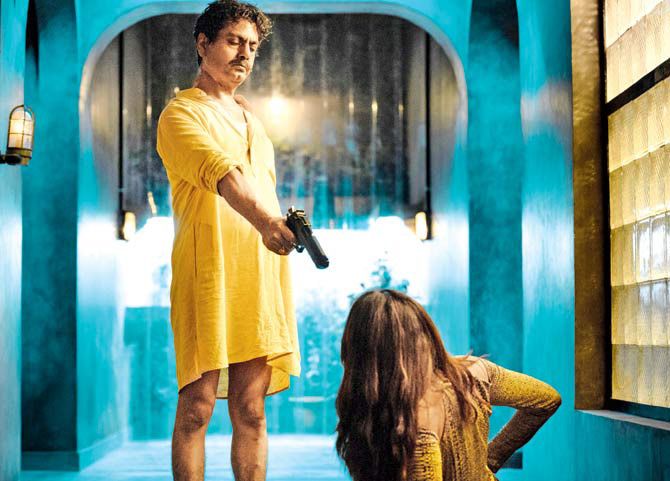 “Netflix is planning a post-production facility in India, not just for the country, but for the global market,” adds Suri. The Netflix facility in Mumbai could lead to other OTT companies like Amazon and Apple following suit .

It augurs well for the Indian film industry and also foreshadows the promise of superior production and content for the international market, specially in the US, where it needs to compete for screens with Hollywood.

‘Now Showing in Theatres’, both movies and people, may not be too far off, feels Suri Gopalan.

In the meantime, we can continue with our binge sessions in the comfort of our homes.