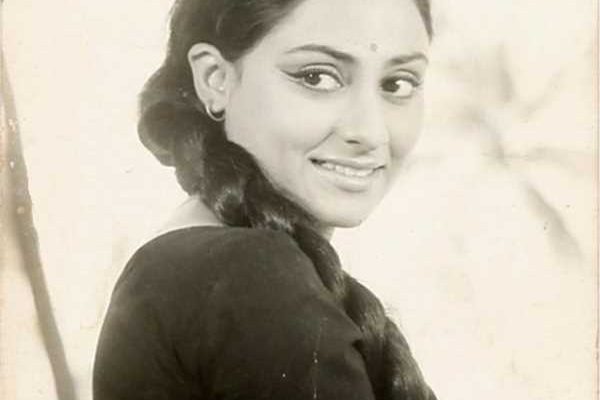 Jaya is a woman of steel in the truest sense of the word.
Despite being the first lady of filmdom, she’s as real and rooted to the ground as anyone can get, notes Subhash K Jha on the actor-politician’s 74th birthday. I was a Jaya Bachchan fan long before I came to know her husband. In fact, I was reluctant to meet him.

“But you must,” she kept insisting until I finally relented. But it was Jaya whom I wanted to meet.

My dear departed friend Kalpana Lajmi called up the Bachchans’s residence and fixed up an appointment for me.

We warmed up to each other immediately. She gave me what I thought was a sensational interview.

She spoke about her experiences working with an actor-director. “He’s a dirty man,” Jaya said. All hell broke loose when the interview appeared.

Much later, Jaya’s son Abhishek told me there were lot of heated arguments over the interview in the Bachchan household. To her credit, Jaya never held that interview against me.

She is, by far, the most unfiltered Bachchan on the block. We talk about everything on this earth. 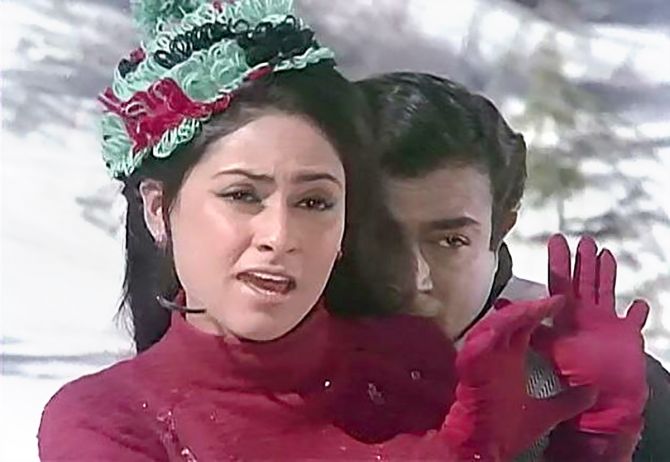 In one of her finest performances, Jaya Bachchan plays mother to an endearing son who just becomes a number: 1084.

Minutes after his name was announced, I received a message from the proud mother informing me of the same. I could see the tears of pride and joy glistening through the words. Jaya’s role as a mother matters more to her than any other. That’s precisely why she gave up superstardom in 1973, when she ruled the box office, to become wife to Amitabh Bachchan and subsequently mother to Shweta and Abhishek.

“Everyone saw it as a big sacrifice and painted me as Mother India. But the fact is, I did what I wanted to. There was no martyrdom involved because I’m not that kind of a person. No one can make me do what I don’t want to,” Jaya said to me.

That this woman of substance won’t do something only because it’s expected of her, goes without saying.

Jaya is a woman of steel in the truest sense of the word.

Despite being the first lady of filmdom with the accompanying baggage of obligations and responsibilities, she’s as real and rooted to the ground as anyone can get.

You won’t find her saying or doing anything she doesn’t believe in. Nor will you come across anyone who can accuse her of being unfair.

Frank, sometimes brutally so, she calls a spade a spade. How often has she pulled me up for my personality-oriented page-3 writing?!

“You aren’t meant to do these things. We need serious writers who can put our cinema into perspective. We’ve enough peeping tom journalists writing about which star sneezed at which party.” 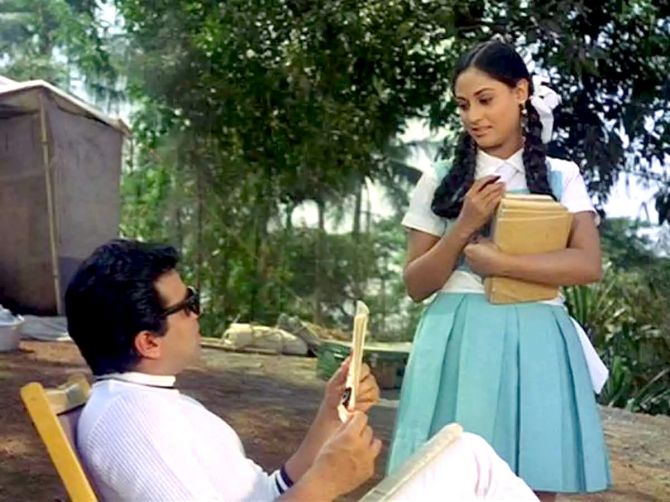 Jaya, in all her candid objectivity, believes I write too much about her husband.

I feel film history has been extremely unfair to Jaya Bachchan.

You really can’t blame me entirely for the scarcity of writings on this formidable actress.

She doesn’t allow me to write about her unless I throw a major tantrum and threaten to go on a hunger strike in front of her beautifully kept residence in Mumbai. Before her there was Nutan, and after her, there are Smita Patil and Shabana Azmi. But Jaya occupies a unique position.

When she came into the movies with two back-to-back performances in Guddi and Uphaar in 1971, Jaya’s complete denial of ‘filmy’ glamour became a trend-setting phenomenon.

While we tend to think of Jaya Bhaduri as the actress in a crumpled cotton sari and loose hair playing authentic middle class characters in middle-of-the-road movies by Hrishikesh Mukherjee, Asit Sen, Gulzar, and Anil Ganguly, she created a fashion statement.

In 1972-1973, her hairstyle and specially-designed blouses with puffed sleeves, became a rage among women in the country. Jaya was a fashion icon.

“Oh, I thought other actresses were fashion icons. I was just Jaya,” she laughed uproariously.

“I just wore and did what seemed right for me. To me, the thought of doing anything that doesn’t come naturally to me seems unacceptable.” I’m proud to say journalist Taroon Coomar Bhaduri’s daughter is my closest friend among the Bachchans and perhaps the most shortchanged in terms of career and recognition.

Everyone seems to think Amitabh Bachchan is the mega-star of the family. To me, Jaya is the tallest Bachchan.

You have to see the well-oiled running of her impeccable household, and how cool she remains despite work-related and personal guests swarming her residence, to realise how tall her presence looms over her distinguished family.

Everyone sees Abhishek as his father’s son, when in fact he has more of his mother than his father in him.

The smile and those eyes… They’ve been bequeathed to the Bachchan heir from his illustrious mother who at one point in the history of cinema was so huge, she could shoulder the then struggling Amitabh Bachchan’s endeavour to become a star. I don’t think Jaya is comfortable with the idea of playing her son’s mother on screen.

They did play mother-son in the disastrous Drona and in a Bengali film called Des.

It’s hard for her to play a role that she has perfected in real life. It’s even harder for her to trifle with truth.

So many struggling directors have been told bluntly that they need to improve their act.

Her husband would never take it upon himself to assess people. He would simply turn away with a smile. Jaya can’t do that.

She confronts people’s situations and crises headlong get to the bottom of the problem and then moves on. 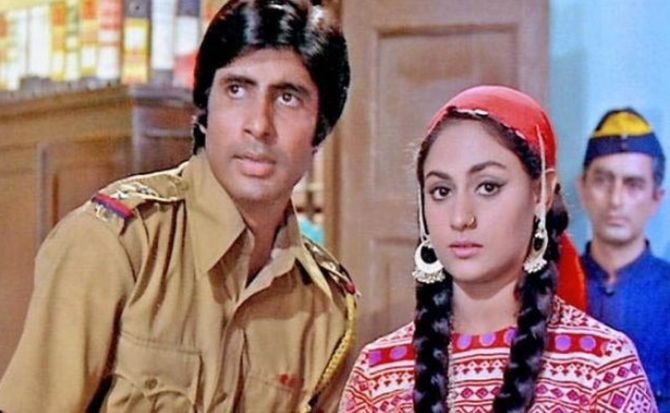 Zanjeer wouldn’t have happened to her future husband if Jaya hadn’t agreed to play the relatively short role opposite Amitabh Bachchan.

Many leading heroines including Mumtaz had said no. Jaya sportingly stepped in at the eleventh hour, adding great star value to the film… the rest is too well known to be repeated.

What needs reiteration is the intense success streak that she enjoyed from 1971 to 1973, right up to Hrishikesh Mukherjee’s Abhimaan, Mili and Chupke Chupke, all three with her husband, before she called it quits.

Virtually every film that she consented to do made money at the box office.

For a while it seemed there was no other leading lady except Hema Malini to challenge Jaya’s rein at the top. “I never thought of all that. I just did the quality and quantity of work that suited me. Then I moved on to look after my home and family. Today when the two boys in my life don’t need my presence that compulsively I’ve taken on the responsibility of being a Rajya Sabha member. That’s so no self-indulgence for me. I take my job as parliamentarian very seriously.”

And films? “Where are the roles? Show me challenging roles for an actress my age, and I am game, as I was for Hazaar Chaurasi Ki Maa or even Kabhi Khushi Kabhie Gham and Kal Ho Na Ho where I didn’t have much to do in terms of footage. But at least there was space for me to breathe in the script.”

The role she enjoys playing the most is that of a mother, “Definitely motherhood. You know, I come from a home where my mother was always around. Just her presence gave me a lot of strength. I became the person that I am because of her.

“Mothers don’t have to teach you anything. Instinctively, a child imbibes values and mannerisms from the mother. From the way you eat to the way you treat people, your mother’s influence is always there, regardless of whether she exercises the influence or not.” Jaya made sure her children Shweta and Abhishek had a normal childhood. “I’m an extremely strict mother. And it isn’t because my children were susceptible to being spoilt. We never allowed that. We were in a joint family.

“My children and my brother-in-law’s children grew up together. They played and ate together, and went to the same school. They had a normal life. They knew their parents were celebrities… we didn’t hide it from them. But they didn’t know what that celebrity entailed.

“They were aware that there was a public interest in them when they went out. But we made sure they grew up with the celebrity status being a normal state of being. We never had to explain their identity to them.

“Amit and I have been honoured, but never dazzled by our celebrity. As a couple, we’ve ensured that our children don’t compromise or denigrate it.

“I may be wrong… but I very strongly feel a guardian must be at home constantly. It could be a parent or an aunt or an uncle. The presence at home needn’t be gender-driven.” 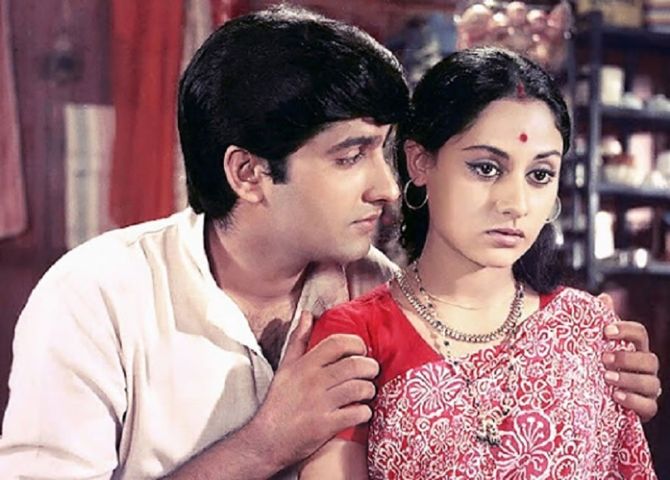 Jaya opted to retire from her thriving career to look after her children.

“When I decided to pause my career to look after my children, I never saw it as a sacrifice. The love, affection and respect that the children give me today are more important to me than any other kind of success in the world. I don’t care what the world thinks as long as the children have faith in me… And doesn’t that apply to all parents?

“I don’t think I’m an extraordinary mother. I come from a decent middle-class family. I’ve just behaved normally with my children.

Jaya’s father Taroon Coomar Bhaduri was an eminent journalist. “He was out making a living for his large family. But I never felt that my father wasn’t around. I never felt the need for anything that I didn’t have. I was very happy with my life. I was very proud of my parents. I hope my children feel that way.

“I’ve lived longer with my husband’s family than I’ve with mine. From my own parents, I’ve imbibed goodness and simplicity. God has been very very kind to me. I hope I’ve given back to my children the values I’ve imbibed from both my families.” Jaya always impressed on her children that being a good human being is more important than being a good student in school.

“When they were growing up I always told my children it didn’t matter how they did in their exams. It’s what they made of themselves as human beings that mattered. I remember when I was a child, there were always a lot of red marks on the report card in some subjects. But the conduct column was always very good. That made my father very happy.

“He always said a good strong person has a better chance of survival in this world. I hope I’ve been able to give all these values to my children. The name, fame glamour… it all vanishes. What survives is your goodness.”