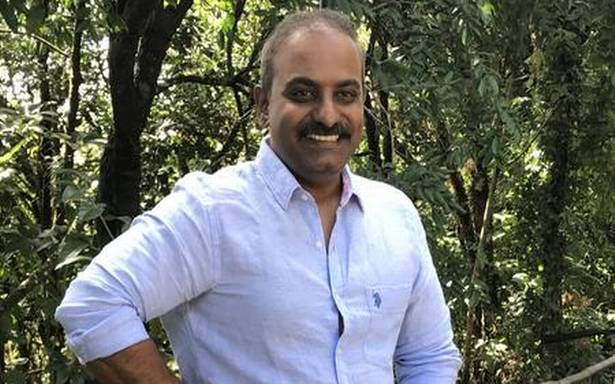 Music composer Kalyani Malik on teaming up with director Chandra Sekhar Yeleti after 18 years, for the Telugu film ‘Check’

“I feel as though I have come full circle; I consider this the second innings of my career,” says Kalyani Malik. In his early days, he composed for the much-loved Telugu serial Amrutham and made his feature film debut with Chandra Sekhar Yeleti’s thriller Aithe (2003). Aithe was lauded for sidestepping mainstream masala tropes of Telugu cinema and won the National Award for Best Feature Film in Telugu. Eighteen years later, the director and composer have collaborated again, for Check, which releases on February 26. Recently, Malik also composed for the sitcom Amrutham Dvitheeyam, the sequel to Amrutham.

Check stars Nithiin as a prisoner who is adept at playing chess, and Rakul Preet Singh as a lawyer. The film also stars Priya Prakash Varrier. Kalyani Malik describes the film as an emotional drama with elements of an action thriller. He came on board for the project only towards the end of October 2020, when most of the film had been shot. The Check team was in talks with other composers but, as destiny would have it, Yeleti finally approached Malik.

The composer, who was previously referred to as Kalyan Koduri and Kalyana Ramana, had carved a niche for himself by being the lifeline of small and medium budget rom-coms and dramas, particularly those directed by Mohana Krishna Indraganti, Nandini Reddy and Srinivas Avasarala. His romantic melodies would turn out to be earworms and have stood the test of time.

He reveals that Check has only one song, the melody Ninnu choodakunda undalenu, which was unveiled recently. However, Malik spent more than a month composing the film’s background score: “A film’s screenplay and narration have to be good, to motivate the composer to give the best possible score. Working with Chandu (Yeleti) after all these years, I observed how his craft has evolved. He is also open to ideas and doesn’t come with pre-conceived notions. Check is in a slightly more commercial space than his previous films.”

Malik believes that background score should complement the story without seeking attention. “Viewers should be engrossed in the film; only later when they mull over the film, should they think about the score used,” he explains.

For Check, he says he used the piano, violin, guitar and keyboards extensively. Elaborating on the process, Malik says, “With experience, we learn where to use electronic sound and where to use live instruments; it is important to know where to begin the music and where to end. There is no particular method and every composer has a different style. My brother (MM Keeravani) has a unique style. I hold Ilaiyaraaja sir in high regard for his background music. Some of his compositions for Mani Ratnam’s films, especially Nayakan, and Bharathiraja’s Seethakoka Chilaka (a remake of Alaigal Oivathillai) are among my favourites.”

After Check, Malik is composing for Shreyas Media’s web series Godaari Kathalu, which he likens to Malgudi Days, and another web series starring Niharika Konidela and Anasuya.