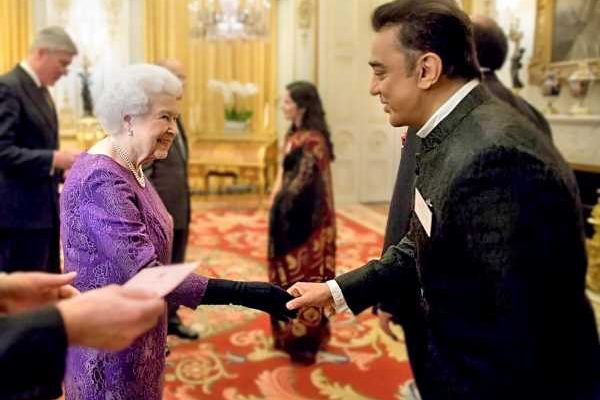 When a delegation of distinguished artistes from India were taken to meet Queen Elizabeth II in London in February 2017, Kamal Haasan had an advantage over his peers.

He had meet the queen before, on the sets of his film — the ambitious, historical Marudhanayagam — in Chennai.

Kamal had shown the queen footage of a battle scene from Marudhanayagam.

The queen was in India and had expressed a desire to see the shooting of an Indian film.

Sivaji Ganesan, the legendary Tamil movie thespian, and Amrish Puri were also present on the sets.

Sadly, the film never got made. The economics did not work out, and remains Kamal Haasan’s unfulfilled dream.