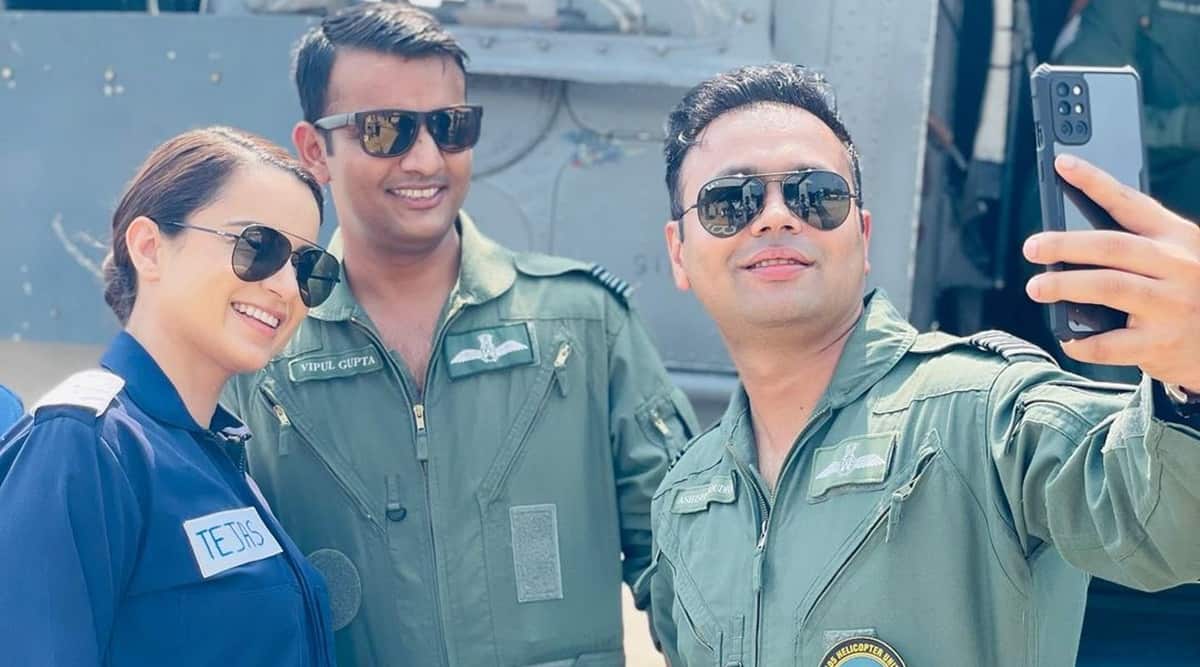 Actor Kangana Ranaut on Sunday shared her happiness over her “brief” meeting with a few real-life Air Force officers on the set of her film Tejas. Kangana is playing a Sikh Air Force pilot in the film, being directed by Sarvesh Mewara.

Share a series of photos on Instagram, Kangana wrote, “My herogiri turned in to total fangiri when asli Air Force officers/ soldiers landed in the same hangar as we are shooting our movie Tejas …. They already knew about this upcoming movie and showed eagerness to watch it … this brief meeting was absolutely pleasant and encouraging…. Jai Hind.”

Kangana’s first look from Tejas was unveiled on her birthday in March. The actor has also been giving a glimpse into how hard she has been training for the film. To attain a certain physique and agility needed to play her role, she has claimed that she is going through “army training”.