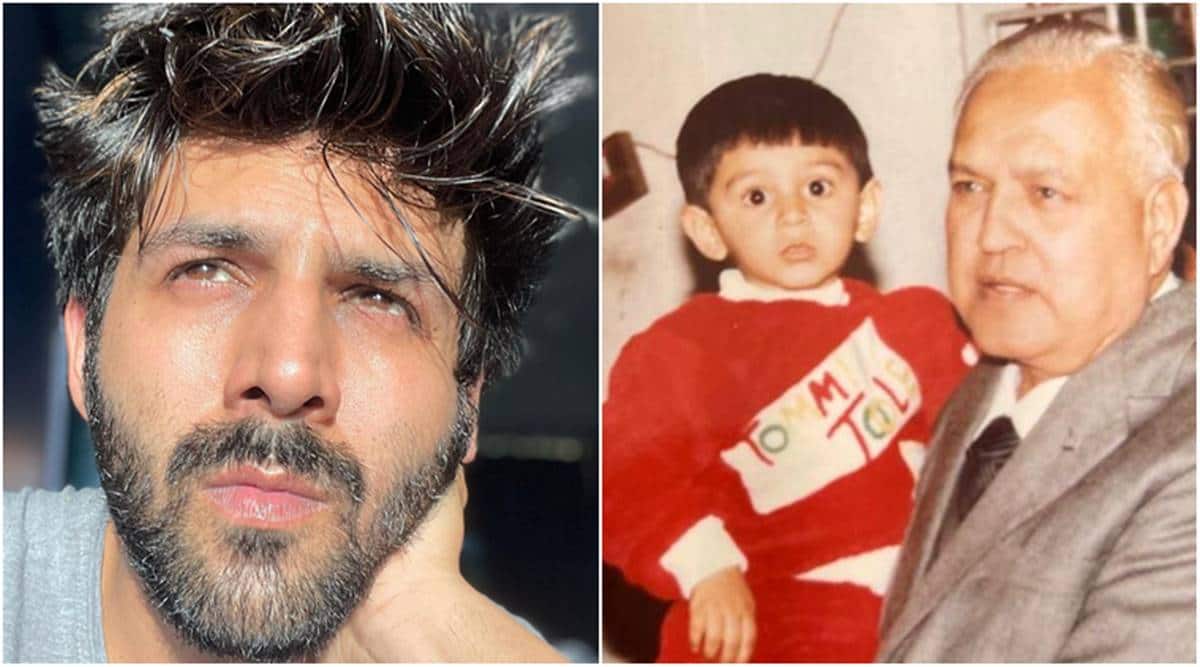 Kartik Aaryan took to Instagram to inform his fans about the death of his grandfather and pay a tribute to him. Kartik shared a throwback picture that featured him as a child in his nana’s lap. “Hope I get your swag some day. RIP Naanu,” the actor wrote.

As soon as he dropped the photo, his co-stars, friends and fans condoled the actor’s loss.

Nimrat Kaur, Bhumi Pednekar, Huma Qureshi, Anaita Shroff Adjania, Lauren Gottlieb and others mourned Kartik’s loss. “I lost my grandfather three years back, I can feel your pain,” wrote a fan of Kartik, while many sent strength to heal to the actor.

On the work front, Kartik has Dhamaka, Bhool Bhulaiyaa 2 and a Sameer Vidvan directorial. Sameer Vidvan’s film was earlier titled Satyanarayan Ki Katha. But earlier this month, the actor shared a statement that read, “A title of the film is something that emerges organically through the creative process. We have taken a decision to change the title of our recently announced film ‘Satyanarayan ki Katha’ to avoid hurting sentiments, even if that’s purely unintentional. Producers of the film and the creative team also are in complete support of this decision. We will be announcing a new title for our love story in the due course of our journey.”

The film is being touted as an epic love story.