During the latest episode of KBC 13's Shandaar Shukravaar, Rajkummar Rao revealed that he was a part of Amitabh Bachchan's 2010 film, Rann. 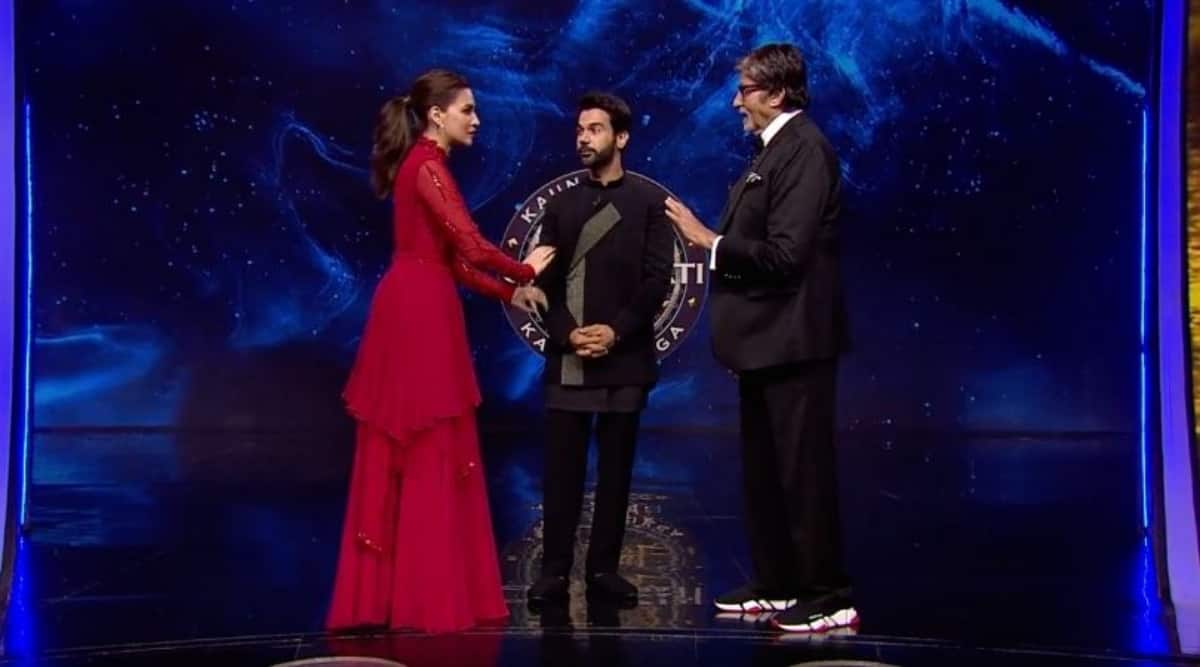 Actors Kriti Sanon and Rajkummar Rao are the next celebrity guests to feature on Kaun Banega Crorepati’s Shandaar Shukravar, the popular quiz show hosted by Amitabh Bachchan. In the latest promo for the episode, Bachchan introduces the two actors with flair. Rajkummar and Kriti appear on stage, and during the course of the conversation, it is revealed that Rajkummar featured in an uncredited role in the 2010 film Rann, which starred Amitabh Bachchan. However, his role was particularly small and went unnoticed by many.

In the promo, Rajkummar makes a baffled Bachchan stand in front of the camera and then counts to five. “In my first film Rann, I did a 3-second role in the film. I really wanted to do a scene with you, but I didn’t get the chance. So I thought instead of 3 seconds, I’ll get to share the screen with you for five seconds.” Big B clearly didn’t remember this, and Kriti interrupts him and then says, “I thought you told him to call him AB ji,”  Amitabh Bachchan says, “Just AB. That’s my name.”

Kriti Sanon and Rajkummar Rao will next be seen in the film Hum Do Humare Do. Apart from this, Kriti has just wrapped up Adipurush, where she plays the role of Sita.

Amitabh Bachchan, on the other hand, has been juggling between the shoot of his films and Kaun Banega Crorepati 13. The actor, who was last seen in Chehre, has Brahmastra, Prabhas’ untitled film, The Intern and Goodbye in the pipeline.