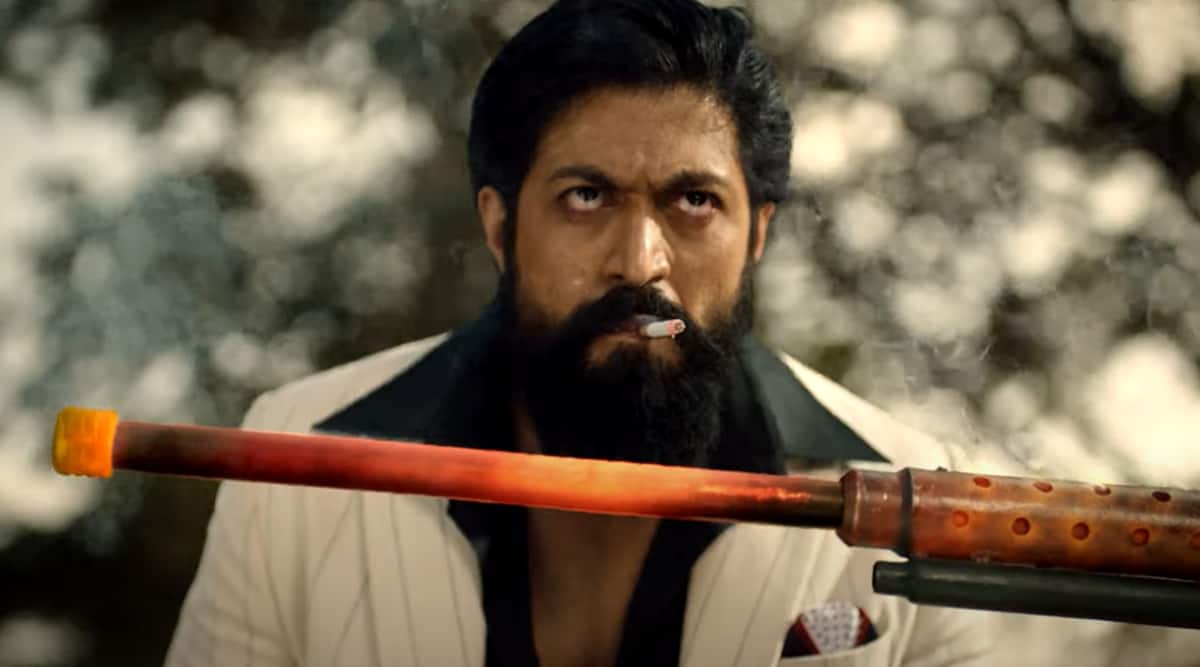 The most-awaited teaser of KGF: Chapter 2 was released on Thursday to contain the damage of the video’s leak, hours before its official launch. The teaser was set to release on Friday at 10:16 am to mark the 35th birthday celebration of Yash, who is the star of the franchise.

The teaser of the sequel begins with the promise that Yash’s Rocky makes to his dying mother: that he won’t die in poverty.

In the first film, we saw how Rocky learns that getting rich is directly connected with the depth of power one wields. And he spends all his childhood preparing to reach the top of the food chain by amassing all the power in terms of money, muscle and politics. His hunger for power leads him to the gold mines of Kolar and he soon conquers the land after a blood bath. Going by the teaser, in the sequel, Rocky will bring down hellfire to protect the turf that satisfies his massive hunger for power.

The teaser gives us a glimpse of Yash’s Rocky stepping up the intensity of his attack against his enemies. In the video, he single-handedly takes down the enemy camp with the help of his ‘little friend’, which is a lightweight machine gun.

We also get a glimpse of Adheera, played by Sanjay Dutt.

The teaser once again shows director Prasanth Neel’s ability to ramp up excitement around his movies. The makers seem to have only gotten bold and ambitious with the second installment in the KGF franchise. The scale and intensity the teaser promises is simply jaw-dropping.

The two-part fictional mob drama traces the journey of a dreaded criminal Rocky, played by Yash, and his desire to rule the gold mines of Kolar results in a turf war with Adheera.

KGF 2 is expected to hit theatres this summer.