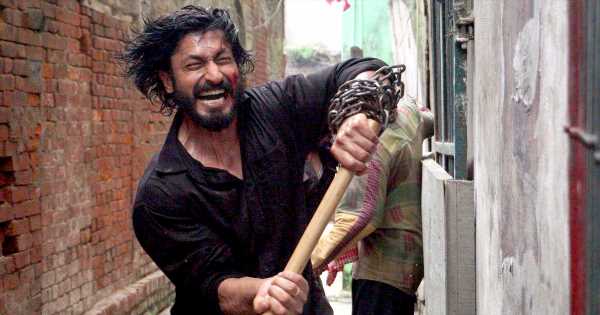 I remember watching Khuda Haafiz when it released on Disney+Hotstar in 2020.

The movie was a let-down as Vidyut Jammwal never got the chance to show off his skills in the action department.

I had the same feeling while watching the sequel, Khuda Haafiz: Chapter II – Agni Pariksha.

Starring Vidyut and Shivaleeka Oberoi, the action-thriller takes off from where the first part ended.

Though Sameer (Vidyut) and Nargis (Shivaleeka) are back in Lucknow, their life is far from normal.

After being rescued from human traffickers, Nargis is suffering from a post-traumatic stress disorder and doesn’t trust anyone, including her husband.

Sameer tries to help Nargis and they eventually go for therapy to save their marriage as well.

Things change when Nandini, a five-year-old girl, enters their lives.

Sameer instantly falls in love with the child, but Nargis is hesitant.

But she comes around and ultimately, Nandini gets adopted by the couple.

Just when things are looking good for the family, another tragedy strikes.

Nandini and another girl from her school get kidnapped.

Thereon, the movie finds some momentum, but doesn’t hold on to it for too long.

It’s painful to watch the first half of Faruk Kabir’s Khuda Haafiz 2.

Neither Nargis nor Vidyut deliver in the emotional sequences and that gets frustrating.

Also, the story takes a lot time to build up.

The only time you get to see Vidyut in his element is when he lands up in jail, and there’s an elaborate fight sequence.

It has been shot brilliantly with the perfect background score, making the sequence intense and engaging.

The other action scenes do not make an impact.

During the climax, there’s a car chase sequence, but it’s very cliched and stretched.

Performance wise, Vidyut shines in the action bits but they are too few.

Otherwise, he is just not effective despite having the most amount of screen time.

Shivaleeka is slightly better in the sequel, but her acting is still below average. Her character is so poorly written that you almost forget about her in the second half of the film.

The movie also stars Sheeba Chaddha, Dibyendu Bhattacharya and Rajesh Tailang in important roles, and they play their parts well. But none of them stand out because of the shoddy writing.

Sheeba plays the baddie as well as a closeted lesbian. She could have easily made this role memorable with her acting prowess, but the terrible writing does not do any justice to her talent.

Khuda Haafiz 2 comes across as an unnecessary sequel that has been made just to showcase Vidyut in action mode.

The sequel wasn’t needed at all. 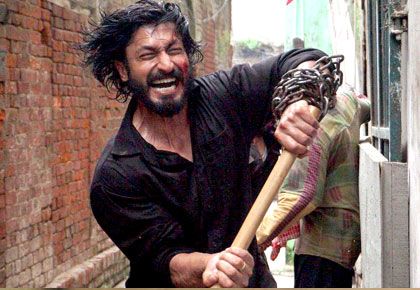