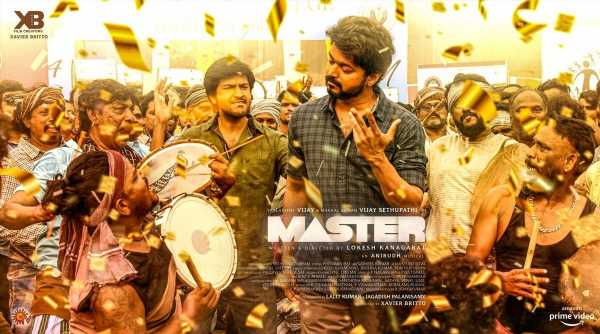 Several filmmakers in neighbouring states have also welcomed the Tamil Nadu government's decision. They are now hoping governments in their states will follow suit.

The Tamil Nadu government’s decision to allow theatres across the state to fill up seats without any restrictions has brought joy to Kollywood. On Monday, the government issued an order removing the 50 per cent cap on occupancy in theatres. And it is being viewed as a shot in the arm that the Tamil film industry needed so greatly.

“We welcome the order wholeheartedly as that’s the need of the hour. If 100% occupancy is not there, big films will not release. If big theatrical films do not release, the audience will not come. It’s a chicken and egg situation. To revive the industry, there’s no option other than big films releasing with full occupancy,” said producer G Dhananjayan.

The government in its order noted that taking into account the declining number of COVID cases in the state, it has decided to grant the request of the film industry on the occupancy matter. The order has also directed theatres to screen COVID precautionary measures to create awareness among the audience.

“We are very happy. Big stars will only release their movies if 100 per cent occupancy is allowed,” said Tamil Nadu Theatres and Multiplexes Owners Association president Tirupur M Subramaniam.

He argued that going to a theatre is safer than visiting a shopping mall. “Today people are thronging market places for dress shopping and buying groceries in huge numbers as they used to before coronavirus. In fact, offline shopping is riskier than going to the theatre. People come to the theatre, they don’t interact with anyone, watch the movie while wearing a mask and leave the theatre,” he said, when asked about the safety concerns during the pandemic.

Subramaniam further noted that running theatres for the last three months have prepared them well to handle the crowd and follow COVID safety protocols. “We take the temperature of our patrons. And we don’t allow anyone inside the premises without a mask. Our staff wear masks, hand-gloves and head cap. We have made sanitizers available. We’re ready,” he added.

Last October, the central government allowed cinema halls to reopen with 50 per cent seating capacity. But, the industry was waiting for a major stimulus that will bring back the crowd to box office counters.

And Vijay’s latest movie Master is the stimulus that the industry needs to restart the business. “The response (for the last few months) has been very encouraging despite no big releases. The theatres filled seats by re-releasing Aayirathil Oruvan (2010). Imagine what response we will get when we show a Vijay film,” said M Subramaniam.

It is worth noting that Vijay had met Chief Minister Edappadi K. Palaniswami recently and requested him to increase the seating capacity in theatres. Master is releasing along with Simbu’s Eeswaran to cash in on the Pongal holiday.

“There won’t be an issue dividing the screen between Master and Eeswaran. For example, earlier, we accommodated Bigil and Kaithi. Last year, Darbar and Pattas released at the same time,” Subramaniam added.

Several filmmakers in neighbouring states have also welcomed the Tamil Nadu government’s decision. They are now hoping governments in their states will also follow suit.

However, not everyone is as thrilled as members of the film fraternity. Some people on social media have raised serious concerns about the risks of a large crowd being packed inside a closed space, with an air conditioner, for a long duration. They point out that a crowded theatre is conducive to the virus’ spread.

“Extremely unwise decision. Hope people are more sensible and stay away. 2.5 hours in a closed room with hundred others at close range is a text book super spreader situation,” wrote television personality Sumanth Raman on his Twitter page.

While Master is due in cinemas on January 13, Eeswaran will release on January 14. And it remains to be seen how people respond to these two big releases during the pandemic.