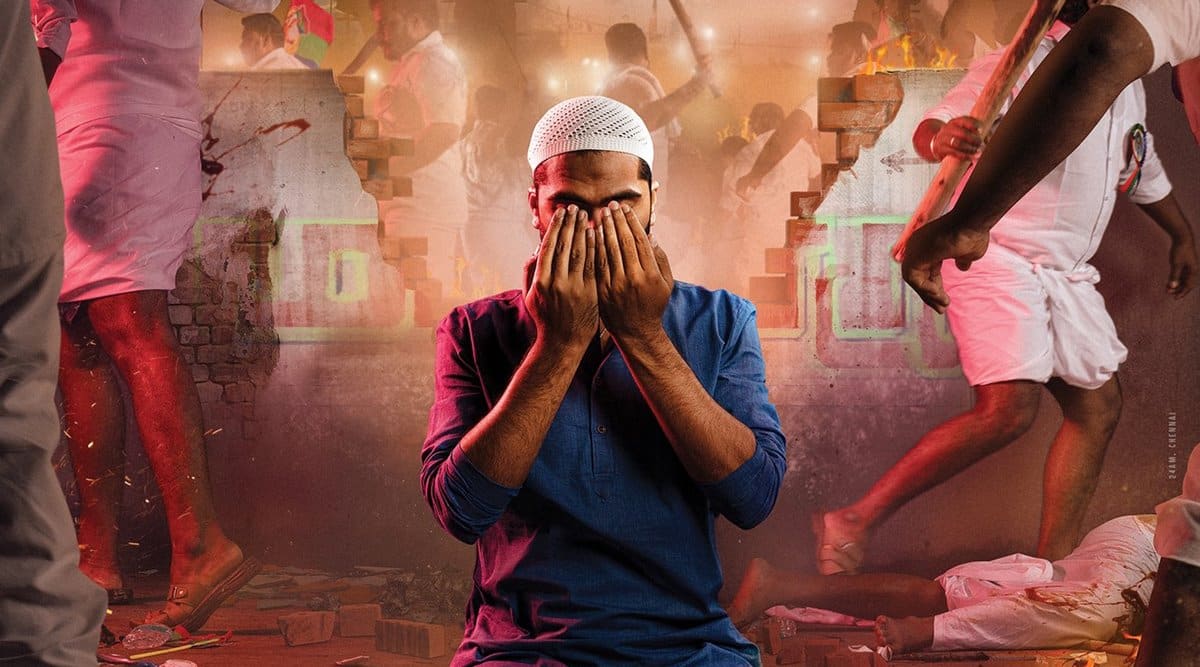 Simbu on Thursday released the first look of Maanaadu. The poster shows the actor on his knees, offering prayers amid a raging riot. And the caption on the poster reads, ”Stand for what is right even if it means standing alone.”

Simbu also announced that a new poster revealing his character look from the movie will be released tomorrow.

Simbu plays Abdul Khaaliq in Maanaadu, which is written and directed by Venkat Prabhu. Judging by the poster, it is fair to assume that this movie deals with political parties indulging in communal politics.

Simbu recently started shooting for Maanaadu in Puducherry. The project faced a series of challenges before it went on the floors. One of the major problems that plagued the progress of the project was Simbu’s testy relationship with producer Suresh Kamatchi. Accusing Simbu of lack of professionalism, Suresh had made a public announcement that he will make the movie with a different actor in the lead role.

After the public spat, Simbu managed to iron out the differences with Suresh Kamatchi. And subsequently, he was recast in the movie.

The shooting is taking place following COVID-19 safety protocols. Also, the filmmakers have enlisted the services of an ayurvedic doctor, who has been tasked with improving the immunity of the film’s cast and crew.