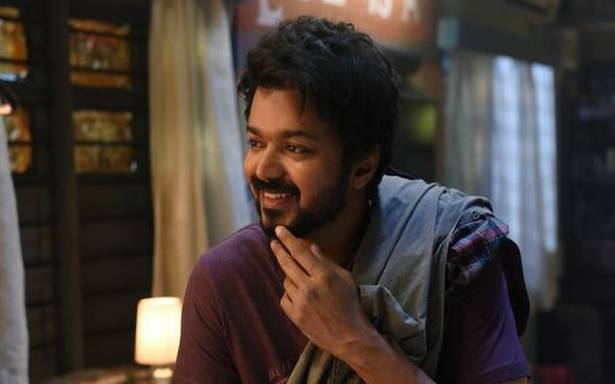 A fantastic Vijay and Vijay Sethupathi try hard, but a so-so screenplay makes their job difficult…

After all the hype, delay and drama, it is finally here: Tamil cinema’s first big-budget release after the pandemic. Theatres across Tamil Nadu and indeed India, welcomed Lokesh Kanagaraj’s Master to screens today, with hopes that the Vijay-Vijay Sethupathi action-thriller would revive their business after a washout in 2020. Without further ado, here are five key takeaways from an early screening…

When was the last time Vijay faced a capable antagonist on-screen? You’d have to go all the way back to Vidyut Jammwal in Thuppakki, and thankfully, VJS steps up to fill the long-standing void in Master. Sethupathi has the time of his life — playing an exaggerated, hammed-up version of his usual casual self — facing off against the hero, often providing some much-needed comic relief and banter. That he gets a solid amount of screen space to establish his character’s backstory and motive is credit to the director, though the star really deserved better dialogues.

Master is the best-soundtracked big-budget Tamil film in recent memory, and Anirudh Ravichander should rightly walk away with all the plaudits. Several songs from the album are already chart-toppers, but Anirudh’s background score is the real winner here, with pulsating rock-heavy themes elevating many of the film’s action sequences and slo-mo moments.

The scene with the remixed version of Vidyasagar’s Kabaddi theme from Gilli absolutely brings the house down. If you have watched the latest promo released by the Master team, you know there’s something special in the works.

Vijay easily carries the film on his considerable shoulders, and Lokesh lets him, even playing to the gallery with a few homages to the star’s earlier hits. However, the script’s languid pacing is a far cry from the tightly-wound, electric screenplays of Maanagaram and Kaithi, which made both the director’s previous works so immensely watchable.

Vijay and Lokesh Kanagaraj on the sets of ‘Master’

At three hours long, the relatively simple storyline needed more spunk, more detailing… and definitely a twist or two more. A series of fights (though well-choreographed) do little to alleviate the gnawing sensation that Lokesh fell prey to the ‘mass-hero’ trap like many before him.

Kaithi’s villain enters the big leagues with his second film under Lokesh, and his piercing glares and now-iconic baritone voice create a real impact. The rest of the cast, including Nasser, Shanthnu, Gouri, Andrea Jeremiah (in the most random of… erm, ‘action’ cameos) and several others, appear in template blink-and-miss roles, though Malavika Mohanan does make an impression in her almost-romance with Vijay’s character of JD.

There’s a surprise package in the film though: Poovaiyar of Super Singer Junior fame!

Vijay gives his clearest response yet to entering politics

A couple of months ago, debates again started on the actor’s intention to join politics in the near future, when Vijay’s dad S.A. Chandrasekhar registered a party in November. Vijay was quick to distance himself from the All-India Thalapathy Vijay Makkal Iyakkam, and also categorically told his fans that he had no connection with this political outfit, directly or indirectly.

Though Master doesn’t boast of any political undertones (unlike Sarkar), the film’s climax does have an emphatic answer from the actor to the mooted question, as well as a strong message to all his young fans: kick alcohol and drugs to the curb.