The untitled project will mark Mohanlal’s reunion with Shaji Kailas after a gap of 12 years. 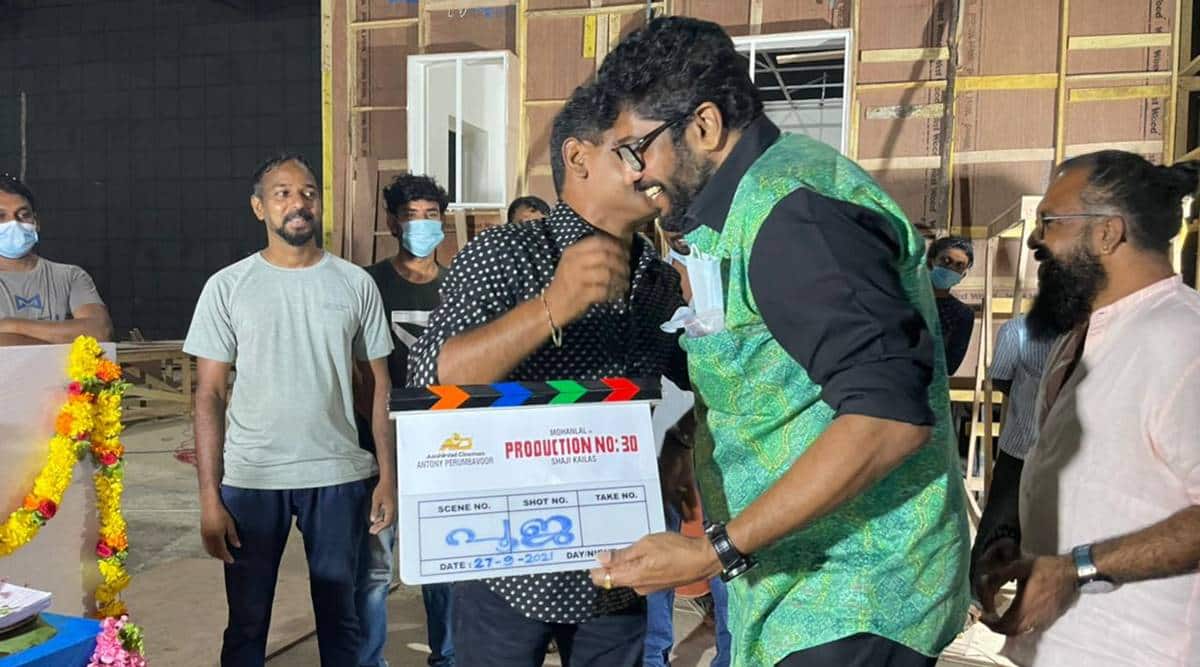 “The Pooja for @aashirvadcine 30th film which is directed by Shaji Kailas was held today (sic),” Mohanlal tweeted along with pictures from the launch event.

The untitled project will mark Mohanlal’s reunion with Shaji Kailas after a gap of 12 years. Shaji is known for his unapologetic, out-and-out masala entertainers. And he has directed Mohanlal in seven films in the past, including popular movies such as Aaram Thamburan and Narasimham. The actor-director duo’s last collaboration was Red Chillies, which came out in 2009.

Before joining the sets of 12th Man earlier this month, Mohanlal had completed Bro Daddy, which is Prithviraj’s second consecutive directorial outing with Mohanlal. Prithviraj had earlier made his debut as a director with box office hit Lucifer (2019), starring Mohanlal in the lead role.

Mohanlal is awaiting the release of his magnum opus Marakkar: Arabikadalinte Simham. The period drama, which has been delayed by more than a year, is written and directed by Priyadarshan. His other film Aaraattu, which is directed by B Unnikrishnan, is also ready to hit the screens soon.