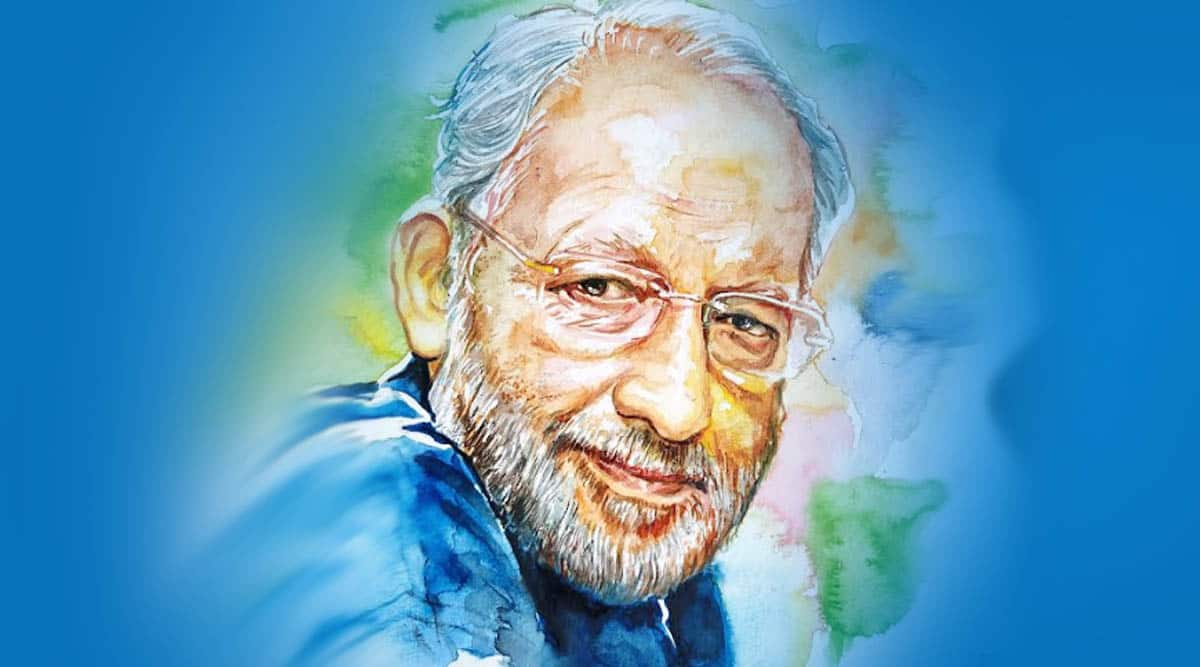 I came to know about Venuettan’s death, and I was completely numb.

My relationship with Venuettan dates back to 2005 when I was a direction student at Film and Television Institute of India, Pune. I had decided to make my final year diploma film on a story by Priya AS called Achan. After scripting, we thought that Nedumudi Venu would be the best person to essay the role of Achan. Luckily Venuettan’s neighbour was our own Charles Ettan, and he introduced me to Venuettan.

Venuettan was a bit reluctant at first to act in a student project. But Charles Ettan’s timely intervention convinced him. Venuettan liked the story and the script. But he was wondering how would it be to act in a student project. Charles Ettan’s single dialogue made all the difference – “Avarkku calibre ulla kaaranam alle ningale sameepiche.” (They contacted you as they have calibre). Then, Venuettan readily agreed to act in our diploma film Theeram.

John Abraham, the famous filmmaker and Venuettan’s friend, had told him lots of stories about FTII (Film and Television Institute of India), and Venuettan was very pleased when he reached the campus in Pune. He sat by the legendary Wisdom Tree and reminisced about Ritwik Ghatak. Within a short time, Venuettan warmed up to all the Malayalee students and members of the crew. He knew everyone by name. He would perform in the day and sing songs in the night. He had a beautiful sense of humour and concern for everyone.

Venuettan was an epitome of patience. Ours was a student project with all the limitations of budget and resources. But never for once did he complain or get angry with us. We took a lot of time to take the first shot. Venuettan was a one-take artist. Later he joked to a friend, “Student shoot aaya kaaranam 100 Kshama karuthiya naan vanne. Ippo 95 kshama aayi!” (As it is a student shoot, I came with 100 pardons in my pocket. Now I’ve already spend 95 pardons).

The next day we planned to travel to our main location – Harihareshwar – a small Konkan coastal town (about 170 kms away from Pune) surrounded by the Sahyadri hills. It was a very arduous journey. Venuettan made a strange request on the eve of the journey. He said he wanted to travel in a Mercedes Benz car to the location. I was quite baffled. But I tried to make arrangements to hire a Mercedes. Later my friend told me that he was just joking.

On the way, when we would stop at small towns, Venuettan would excitedly jump out of the car and walk around the place. I guess this was a luxury that he never had in Kerala – to be an ordinary man and walk unrecognised in the street. The shooting in the beach was much tougher than we expected. Sand would drift away from under the tripods. Rains would play havoc. The sun and clouds would play hide and seek, interrupting the flow of the shoot. Venuettan was a very committed artiste. He would venture deep into the sea. He was totally into the character. Only once he asked in his deep voice, “Sanju … Ithra shoot cheyyan …nammuke ithra samayamundo?”. ( Sanju ..Do we have time enough to shoot this much?).

In Harihareshwar, we shot inside a middle-class home. There was a portrait of the old lady of the house on the wall. Venuettan said, “Imagine how the lady would have been in her youth. What would be her costumes and body language?” He had a unique perspective on acting. The students of the institute felt that his interactions with them was like a masterclass in acting. He was very observant of people’s gestures and nature.

Robert Bresson once said, “The things one can express with the hand, with the head, with the shoulders!… How many useless and encumbering words then disappear! What economy!” The same was applicable to Venuettan. He would tell me how when acting for Shankar’s Indian, where he played a CBI officer, he was given two pages of dialogues, and he compressed it to a single look. Less is more!

A few years ago, I also had the sheer luck to witness Venuettan act in Kavalam’s Avanavan Kadamba. Venuettan had a perfect sense of music, dance, rhythm and diction. He was a genius who could effortlessly switch from Kavalam’s very stylised theatre to film acting.

In Theeram, he used his hands like a magician. His hands are a film in itself. As Montaigne said, “Behold the hands, how they promise, conjure, appeal, menace, pray, supplicate, refuse, beckon, interrogate, admire, confess, cringe, instruct, command, mock and what not besides, with a variation and multiplication of variation which makes the tongue envious.”

There was a body memory that he had perfected. He knew exactly the continuity of action for each shot (however complicated it is), or for dubbing, he could recall and lip-sync the lines, which even the recordist couldn’t figure out.

When asked if he prays, he replied, “What I do every day is gaze at the night sky. There’s a concept called subjective shot in cinema. The camera captures you from my subjectivity. Naturally, there should be a counter shot. From your point of view, there will be shot taken of me. Like that, when I gaze at the stars, I see the stars from my perspective. Naturally, there should be a counter shot. A shot from the perspective of the stars. When we look at it, it’s quite fun. There’s not even a solar system or for that matter even our earth. Then what is the place of Nedumudi Venu – the so-called powerful actor in Malayalam cinema? To ponder about the insignificance of things, this exercise is quite fun.”

Rest in Power, Venuettan. Amongst the shores of the galaxy, you are subjectively gazing at us and smiling.