The latest masterpiece from Pixar, a holiday music special from the ‘High School Musical’ team and Zendaya back on screen in her award-winning avatar are some of the highlights this month

In December, the platform debuts a gamut of holiday offerings such as the live-action Mulan and Pixar’s animated movie Soul, that is already being touted as a frontrunner for the Oscars. Isla Fisher’s comedy Godmothered, the return of Zendaya in an Euphoria special, and a new Asian series revolving around an engagment ring are other releases to look forward to on Disney+ Hotstar Premium.

Set at Christmas time, “Godmothered” is a comedy about Eleanor, a young, inexperienced fairy godmother-in-training, who upon hearing that her chosen profession is facing extinction, decides to show the world that people still need fairy godmothers. Finding a mislaid letter from a 10-year-old girl in distress, Eleanor tracks her down and discovers that the girl, Mackenzie, is now a 40-year-old single mom working at a news station in Boston. Having lost her husband several years earlier, Mackenzie has all but given up on the idea of “happily ever after,” but Eleanor is bound and determined to give Mackenzie a happiness makeover, whether she likes it or not.

Acclaimed filmmaker Niki Caro brings the epic tale of China’s legendary warrior to life in Disney’s “Mulan,” in which a fearless young woman risks everything out of love for her family and her country to become one of the greatest warriors China has ever known. When the Emperor of China issues a decree that one man per family must serve in the Imperial Army to defend the country from Northern invaders, Hua Mulan, the eldest daughter of an honored warrior, steps in to take the place of her ailing father.

Masquerading as a man, Hua Jun, she is tested every step of the way and must harness her inner-strength and embrace her true potential. It is an epic journey that will transform her into an honored warrior and earn her the respect of a grateful nation…and a proud father.

“Safety” is a drama inspired by the empowering story of former Clemson University football safety Ray McElrathbey, a young man facing a series of challenging circumstances, whose dedication and persistence help him to triumph over repeated adversities. Aided by his teammates and the Clemson community, he succeeds on the field while simultaneously raising and caring for his 11-year-old brother Fahmarr

What is it that makes you…YOU? Pixar Animation Studios’ all-new feature film “Soul” introduces Joe Gardner – a middle-school band teacher who gets the chance of a lifetime to playatthe best jazz club in town. But one small misstep takes him from the streets of New York City to The Great Before – a fantastical place where new souls get their personalities, quirks and interests before they go to Earth.

Determined to return to his life, Joe teams up with a precocious soul, 22 who has never understood the appeal of the human experience. As Joe desperately tries to show 22 what’s great about living, he may just discover the answers to some of life’s most important questions.

Beyond the Clouds takes an exclusive look inside the production and inspiration behind the Disney+ original movie. A total of nine episodes will premiere weekly with the final episode streaming in January. In the first episode, director Justin Baldoni stumbles upon Zach Sobiech’s story and sets out to find him. From their very first meeting, Justin realizes this young musician’s story is special and that Zach’s desire to make an impact before he leaves this world can inspire people everywhere.

Adventure Of The Ring tells the stories of different couples who come in contact with an engagement ring. On a morning commute, the ring is misplaced by a man on the day of his proposal, threatening to disrupt all his plans. Yi Zhi, the man who loses the ring and Allison Lin is Lisa, Yi Zhi’s intended bride; as the search for the ring continues, they re-examine what love means to them as the ring travels through the hands of other couples and impacts their lives.

On Pointe is a six-part docu-series that captures a season in the School of American Ballet (SAB) in New York City. Featuring unprecedented access to the famous ballet institution, the series follows the lives of the students ages 8 to 18 pursuing their dreams to become ballet dancers.

“Trouble Don’t Always” last will pick up after the events of the Season One finale following Rue as she celebrates Christmas after being left by Jules at the train station.

For your holiday celebrations, set the wintry mood with Anna and Elsa’s Arendelle Castle yule log. The castle is newly decorated this year with elements harkening back to Anna, Elsa, Olaf, Kristoff and Sven’s recent journey to the Enchanted Forest. Happy Holidays from Arendelle!

Dive into the waters below and watch the aquatic wildlife from the world of Nemo and Dory.

A young rabbit embarks on a journey to dig the burrow of her dreams, despite not having a clue what she’s doing. Rather than reveal to her neighbors her imperfections, she digs herself deeper and deeper into trouble. After hitting (bed)rock bottom, she learns there is no shame in asking for help 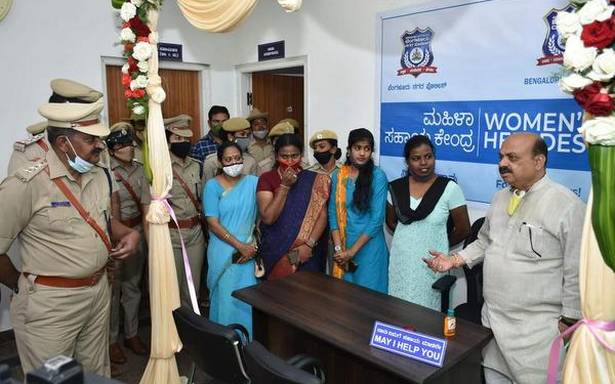 7 jobs in DEMAND
We and our partners use cookies on this site to improve our service, perform analytics, personalize advertising, measure advertising performance, and remember website preferences.Ok