Prateik Babbar spoke about playing an investigation officer in Chakravyuh, how different is the MX Original Series from other crime thrillers and the way his career took shape with the boom of the digital space. Actor Prateik Babbar says he wants to try everything and flow through mediums, be it films or OTT, without caring about being judged. Prateik, who will next be seen playing a cop in his latest web show Chakravyuh, revealed that a lot went into preparing for his action-packed role.

MX Original Series Chakravyuh – An Inspector Virkar Crime Thriller has been directed by Sajit Warrior. The eight-episode show follows Inspector Virkar who is out to solve a murder case that seems to be linked to cybercrime. His investigation makes him stumble upon a group of tech savvy criminals who use the internet for illegal activity. How he manages to find the missing link, is what forms the plot.

In an exclusive chat with indianexpress.com, Prateik got candid about playing an investigation officer, what’s different about Chakravyuh as compared to other crime thrillers and how his career took shape with the boom of the digital space.

Here are excerpts from the conversation:

How is Chakravyuh different from other crime thrillers?

It’s got a completely different plot. I’m not going to take away from any other crime thriller. But this is very relatable to what’s going on with the world right now, in terms of social media exploitation. It’s very raw with real action. I don’t know how to compare it to other crime thrillers. But this one is going to be a good one. I hope it does justice to all the other great shows that we’ve watched. I just hope it’s one of them.

You are playing a crime branch officer for the first time. What preparations went into your character?

There was a solid amount of preparation – mental, physical and emotional, and we went on for good eight months to a year. We started around mid 2018 and we began shooting exactly one year later in 2019. From converting the books into a screenplay and dialogues, working on all the characters and not just Virkar – there was a lot of hard work put into everything. Because Virkar was leading this story, he had to be dynamic, and extremely exciting, impactful. So it was a collaborative effort from the writers, the producers, the director and myself. We shared our visions and took inspiration from each other to create this awesome character. He is a no-nonsense man, sharp and a man of few words. He’s got a bit of a temper problem too.

How close are you to Virkar?

The way he approaches his mission to wipe out crime is almost as if his life depends on it. I think that could be a similar trait in Virkar and myself. I’m on a mission to be the best version of myself, spread positivity, inspire and be inspired. I want to be a great actor and make my great mother proud, my parents proud.

Did you take inspiration from any of the officers for your character?

I watched both the Hindi and English versions of 24 very closely. I watched the Bourne series, and many shows on secret agents, RAW agents who are not in uniform, characters which are rugged and real. So I did my personal prep. But the material was enough. Hats off to the writers for making an absolutely awesome character sketch. It was devious, but it was very enjoyable. I think we’ve come up with a crack of a character.

While working on such an intense show, how do you unwind once you’re back at home?

I have a lot of things to unwind. If you don’t see me on a set and I have no other work, then you will find me at the gym. I will train MMA for hours at a stretch. Gym is second home. Martial arts is my passion. And obviously keeping fit, staying healthy. 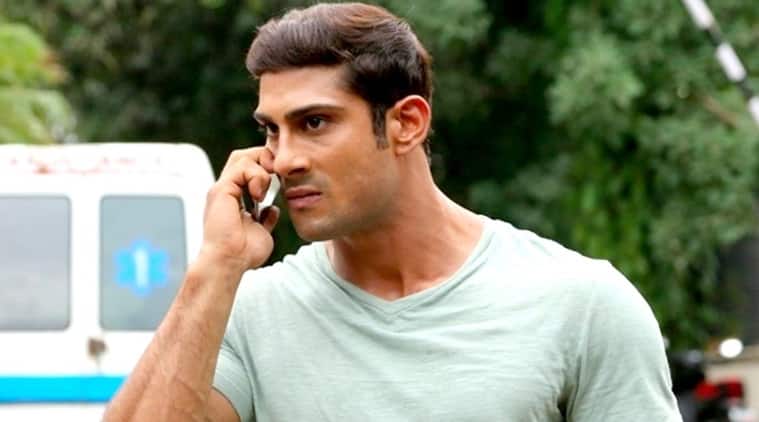 How have opportunities on the web transformed your career?

I’m very grateful for the opportunities that I’ve been getting, including Four More Shots Please and what it’s done for me. I think what worked for me was my keenness and strive to make my characters look life-like. I’m going to quote Chulbul Pandey here – “Ek baar jo maine commitment kar diya, toh phir main apne aap ki bhi nahi sunta.” So, I’m that kind of a guy, who will always make that sort of a commitment towards something that I love doing.

From your first film to now, how have the kind of scripts that you receive, changed?

There have always been a wide range of characters. (But) I think off late there have been more negative characters that I’ve been offered. I love that space and I want to explore it more. The only change is I would never get offered negative roles before, but now I do and I’m really excited that it is helping me showcase another side to my acting capabilities. I want to be better than what I was in the last moment.

Web became the king of content in 2020. But now with theatres opening up, how do you see things going forward?

Fingers crossed, I really hope we get back to functioning normally. We first have to contain the pandemic. I really hope we go back to theatrical releases. But, kudos to OTT platforms for stepping up the game and making sure we’re still working, paying our bills and getting opportunities as actors.

Even when theatres open up, I think there will be a beautiful balance where actors can just flow from here and there.  If you ask me personally, I would love to be somebody who would flow through different mediums, and not care about being judged. I just want to do justice to my character and story, in a good working atmosphere with good people. It could be theatre, films, short films, anything. I want to do everything that resonates with me.