Madam Chief Minister, which is said to be loosely based on the life of former Uttar Pradesh chief minister Mayawati, is written and directed by Subhash Kapoor of Jolly LLB fame. 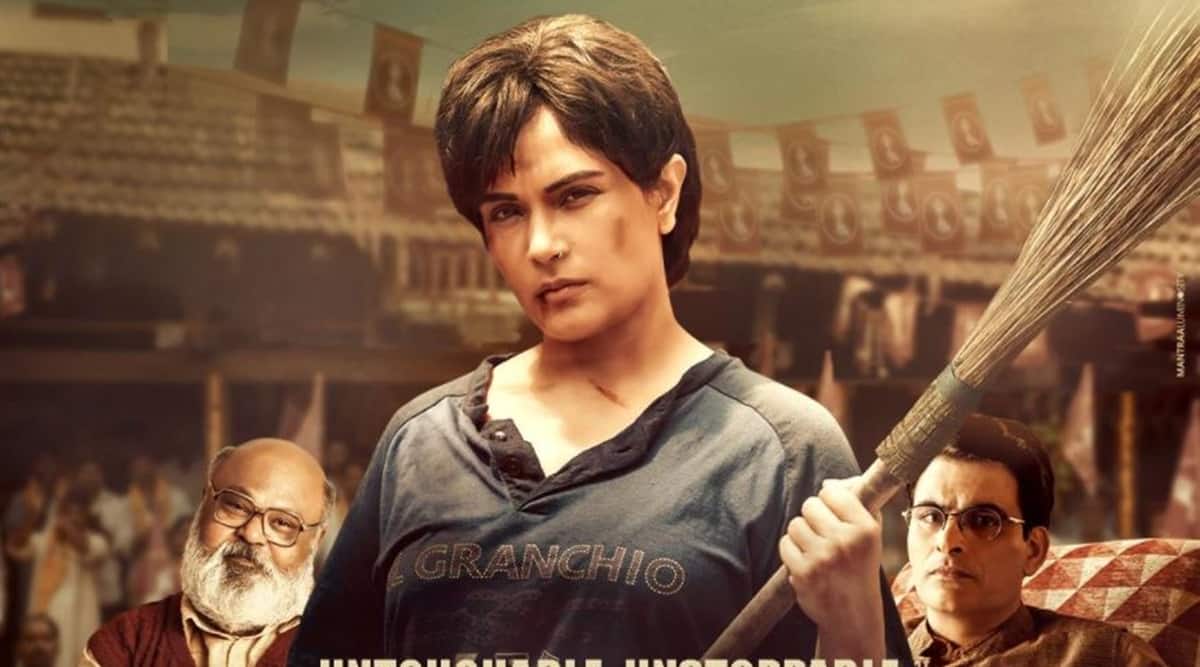 Reacting to the poster controversy of her upcoming movie Madam Chief Minister, actor Richa Chadha on Friday said it was an “unintentional oversight” and it was regrettable.

The film’s poster, which was released on January 5, was slammed by many on social media for apparently showing the Dalit community in a stereotypical way as Chadha’s character is shown holding a broom in her hand.

Some users had also taken umbrage over the use of the word “untouchable” in the poster.

In a statement, Chadha said the film has been a “learning experience” for her.

“The first poster that was released faced severe criticism, rightly so. What to me (and my privileged eyes) was a mere prop used by my character in a scene, came across as a stereotypical portrayal of Dalits for many of our people,” the actor said.

Though she had no role in the designing of the film’s poster, Chadha said the makers have taken the criticism in their stride.

“They realised this inadvertent error and took this criticism in their stride. They responded immediately by retracting the objectionable poster and by releasing a new poster the very next day.

“It was a regrettable and a completely unintentional oversight, not a deliberate insinuation. We are sorry. Our heart is in the right place. Hopefully you will see that for yourself when you watch the film,” the actor added.

Chadha stressed that the team has honest intentions behind the movie and they all have contributed to it with love.

“Tara, one feisty oddball of a woman, fights patriarchy, caste oppression, brutal violence along with the usual betrayals of politics, to rise to the top and affect change. And she does so with incredible dignity and courage.

“I could relate to her righteous rage. She spoke to me. As the film nears release, I am becoming aware that I have to say goodbye to Tara. I am also aware that she will never entirely leave my side,” the actor concluded.

Madam Chief Minister, which is said to be loosely based on the life of former Uttar Pradesh chief minister Mayawati, is written and directed by Subhash Kapoor of Jolly LLB fame.