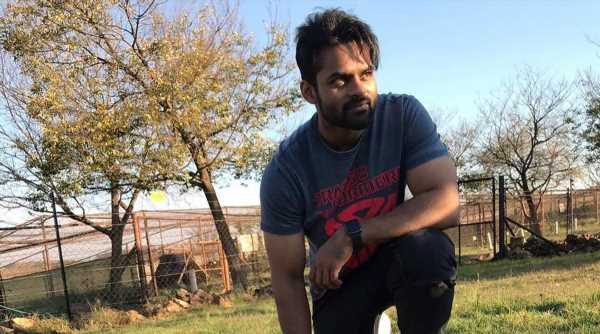 Sai Dharam Tej met with a bike accident on Friday evening. Allu Arvind, Sai Dharam Tej's uncle and film producer, informed he is out of danger. Actor Sai Dharam Tej met with a bike accident on Friday evening in Hyderabad. The actor, who was admitted to Medicare Hospital, was later shifted to Jubilee Hills Apollo Hospital for treatment. He is currently out of danger. As per a statement from the hospital, Dharam Tej has no major injuries to brain, spine, and vital organs. However, he has sustained soft tissues injuries and a collar bone fracture.

“He is being closely monitored and further evaluation will be done over the next 24 hours. There is no need for any immediate surgical intervention,” an official statement from the hospital read. The news of his accident was shared by actor Chiranjeevi, who also shared the hospital statement to inform Sai Dharam Tej’s fans that he is doing absolutely fine.

“@IamSaiDharamTej met with an accident few hours ago & has suffered minor injuries & bruises. Wish to share with All Fans & Well Wishers that There is absolutely NO cause for Concern or Anxiety. He is recovering under expert medical supervision & shall be back in a couple of days,” the tweet read.

In a video being shared on Twitter, Allu Arvind shared that the actor is out of danger and will come to consciousness soon.

Producer Sreenivasa Kumar also tweeted a video of an inspector sharing details of how the accident took place. “Sai Dharam Tej’s bike skid due to mud on the road. He is out of danger and is currently receiving treatment,” police said.

Sai Dharam Tej is Chiranjeevi and Pawan Kalyan’s nephew. The actor will next be seen in Republic.