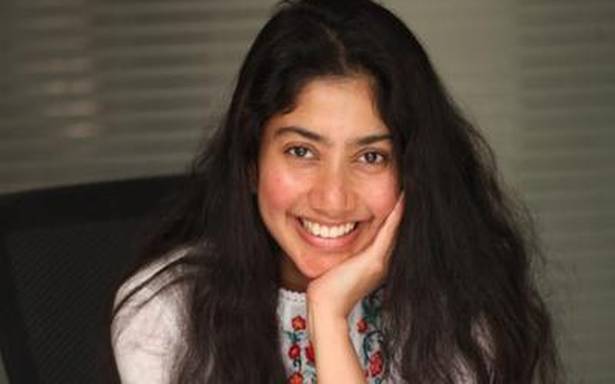 Ahead of the release of the Telugu film ‘Love Story’, actor Sai Pallavi on why she thinks cinema is more than entertainment

Director Sekhar Kammula’s Fidaa (2017) marked Sai Pallavi’s debut in Telugu cinema. Its success made her a household name. When the director approached her for his next film, Love Story, nothing changed in the professionalism. Fielding questions at a media interaction in Hyderabad ahead of the film’s release on September 24, Sai Pallavi recalls, “He asked if I liked the script. Consent is important for him. He did not expect me to take up the film just because he gave me a big break.”

Beyond the entertaining song and dance numbers like ‘Saranga Dariya’, Love Story is a romance drama that deals with gender and caste discrimination. This comes after Sai Pallavi’s memorable performance in director Vetrimaaran’s Oor Iravu segment in the Netflix Tamil anthology Paava Kadhaigal, which discussed honour killing. The actor says, “Even if a few fathers who take extreme steps pause to think about the trauma their daughters undergo, I think the purpose of making Paava Kadhaigal is served. Love Story is about the journey of the characters played by me and Naga Chaitanya, their aspirations and how they try to rise above societal constraints.”

Sai Pallavi believes cinema as a medium has the scope to make people think. “When I read about gender discrimination incidents while studying in Georgia, I used to feel helpless, wondering if we could do anything at all as individuals. As an actor, I have the opportunity to be a part of stories that address these issues, packaged in an entertaining manner. We live in an era when everything is accessible on mobiles and laptops, more so after the pandemic. I feel responsible to be a part of stories that are morally right.”

While on gender sensitivity, she mentions the work atmosphere on Sekhar Kammula’s sets, where women assistant directors do some of the heavy lifting, taking up tasks such as crowd management: “When there are women in the crew, it makes men more accommodative. Irrespective of gender, everyone is driven by the common love for art. Sekhar sir also taught me to stand up for what I believe is right. Patriarchy is so ingrained in us that in our daily lives, we take it as the norm when women aren’t treated well.”

Love Story, she says, also made her more aware of everyday practices of discrimination, such as having separate plates for workforce at home. “If health is cited as a reason, we should also be eating in a plate that isn’t shared with anyone. The script made me think of several such aspects.”

Fidaa was filmed in Bhanswada and Love Story in Armoor area of Nizamabad district in Telangana. She recalls mingling with the locals while filming: “I would sit under a tree and chat with the village grandmothers, who didn’t treat me like a star. A scene required me to harvest turmeric and they taught me how to do it. They also gifted me home-ground turmeric. The rural experience filled me with so much warmth that I wanted to stay back.”

Every now and then, the conversation veers towards her dance skills and she admits to being nervous on sets. She finds dance meditative when she is at home, away from the cameras. ‘Saranga Dariya’ was filmed in Pipri village during winter, making it tougher. “In cold weather conditions, the muscles aren’t warmed up enough to do tough dance moves. I pulled a muscle during one of the moves.”

The most strenuous dance moves she has done so far, she says, is for the Middle Class Abbayi  song ‘Yevandoi Nani garu’: “Rowdy Baby  with Dhanush was challenging, but the MCA song was tougher. I had to bend backwards so many times that I was worried I would end up hurting my spine.”

Naga Chaitanya lauds her for helping him with complex dance moves in Love Story. Sai Pallavi laughs heartily and responds with, “He is gracious. I am sure if I had to do an action scene, I will need his help. He is a great co-star. Both of us are not late night people. When we had to shoot late evenings, he would let me do the earlier shot to make it easier for me.”

Next up are director Venu Udugula’s Virata Parvam co-starring Rana Daggubati and Shyam Singha Roy by director Rahul Sankrityan co-starring Nani, in Telugu. There are Tamil and Malayalam projects as well. Sai Pallavi states that while she is lucky to be getting plum offers from different industries, “brilliant scripts don’t come often. Among 10 scripts, I might like two.”