In the new Sa Re Ga Ma Pa promo, Salman Khan is baffled when a contestant reveals that he got inked after a break-up with his girlfriend. 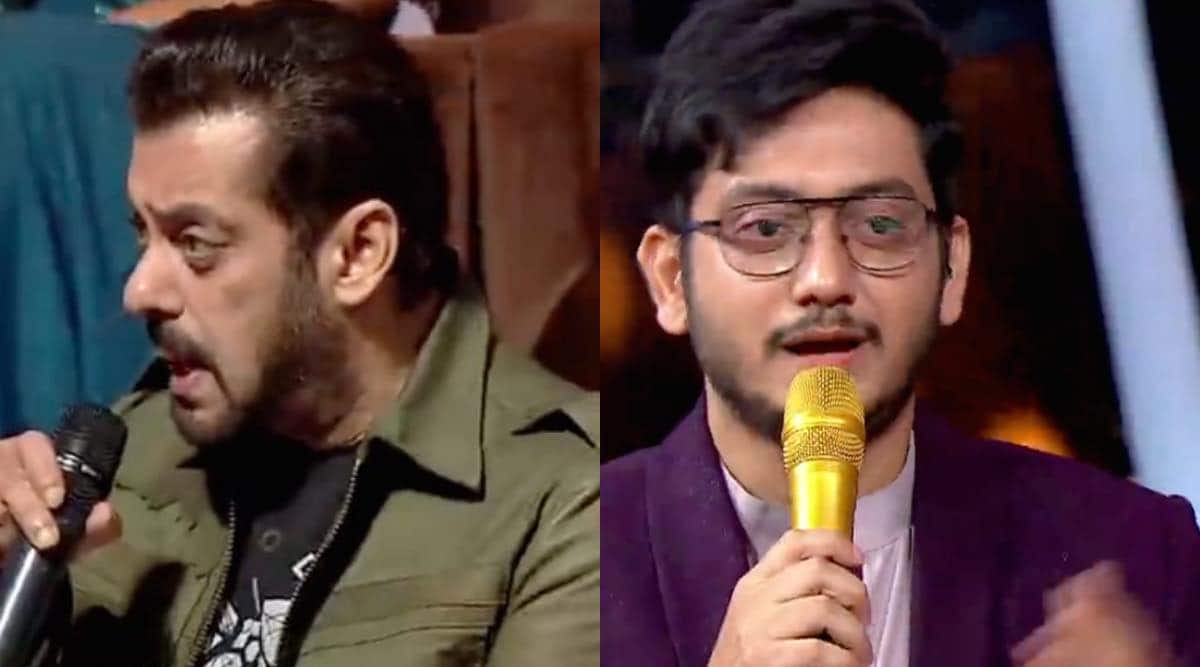 Actor Salman Khan featured as a special guest on the singing reality show, Sa Re Ga Ma Pa. In a video clip, shared by Zee TV, the actor receives a warm welcome and a standing ovation as he walks on the stage. His brother-in-law and Antim:The Final Truth co-star Aayush Sharma was present as well. In the promo, Aayush reminds him that he had once taken off his shirt, 12 years ago on the show.

Aayush says, “12 years ago, on Sa Re Ga Ma Pa, you had taken off your shirt.” Salman responds, “Jo jijaji kahenge hum wo karenge, ham ladki wale hai (As my brother-in-law wishes)!” And he proceeds to take off his jacket, earning loud applause and whistles.  Towards the end of the promo, one of the contestants, Dipaayan Banerjee, then told Salman, “Maine break-up k baad tattoo karaya hai (I made a tattoo post my break-up). Salman asked, “Kitne saal hogaye woh aapke haath pe hain (How many years has it been)?” The contestant replied, “8-9 saal (years).”

Vishal Dadlani had earlier shared the clip and had written, “Tum ajeeb hi kism ke (you’re weird)…..WHAT now!?? Only @beingsalmankhan could tell it like it is! Grab your (popcorn emoji) and get Ready! Kyunki suron ke manch par masti ka tadka lagaane aa rahe hain (On the music platform some fun will be added by), none other than #SalmanKhan.”

Salman Khan and Aayush Sharma starred in Antim: The Final Truth, which just hit the screens. Directed by Mahesh Manjrekar, the film sees Salman as a righteous cop, while Aayush is a gangster. Salman also has Tiger 3 in the pipeline with Katrina Kaif.