Samantha Akkineni had a great start to her Monday morning as she went on a bike ride with her friends. Her update comes days after fans pointed out that she was missing as Nagarjuna and Naga Chaitanya hosted Aamir Khan at home. 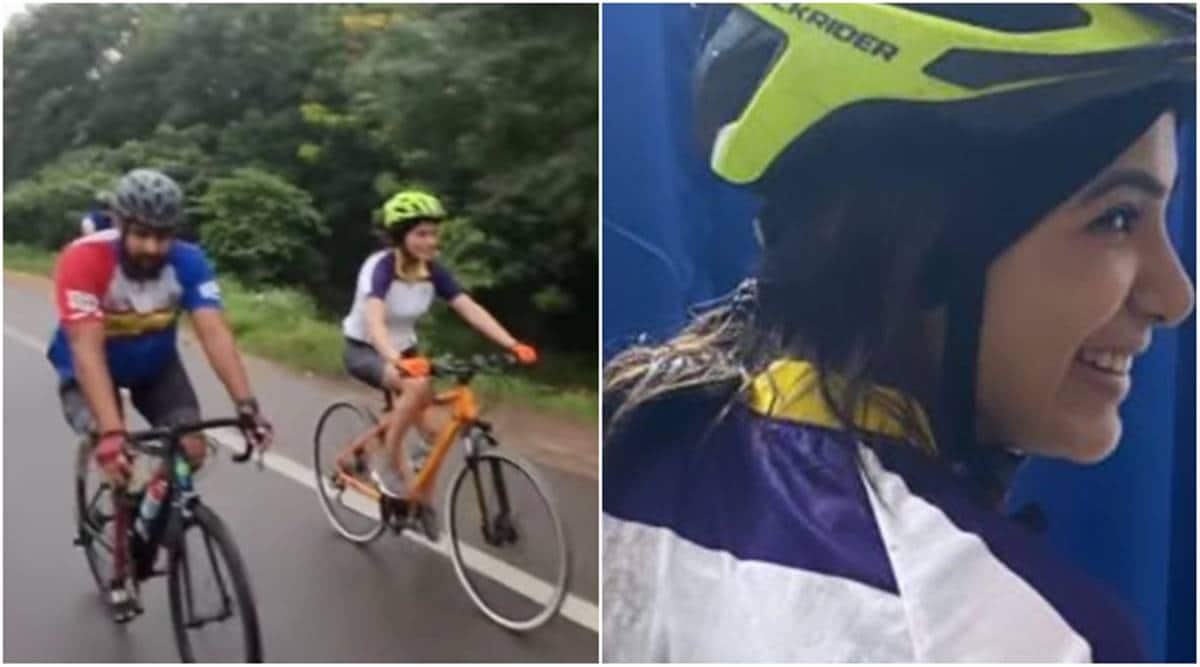 Actor Samantha Akkineni is making sure to enjoy the rain in the best way possible. The actor had a great start to her week as she went on a bike ride on a rainy Monday morning. Sharing the video of her ride, Samantha wrote, “Riding in the rain with the best company.” She also shared a couple of photos on her Instagram status. In one of the updates, she informed her fans that she rode for 21 kms but has an aim to complete 100 kms. “100 kms I am coming for you,” she wrote. She also titled the whole experience as “unbreakable” and finally, shared a happy picture of herself expressing that she supports para sports.

Samantha’s new post came a day after she posted a picture of her two dogs – Hash and Saasha. The actor called her dog Hash as her “blessing.” In a new post, she mentioned, “Never thought I would see this so soon… you teach me something new everyday my darling boy Hash .. from being possessive and antisocial with other dogs .. to this perfect big brother in no time 🥺😍You are my blessing.”

The actor, who is currently on a break from work, was mired in a controversy when she dropped ‘Akkineni’ from all her social media handles. The change in her name led to rumours that not everything is fine between Sam and her husband Naga Chaitanya. Recently, the actor had shut a reporter who asked Samantha about divorce rumours with Chaitanya. “I have come to a temple, don’t you have any sense?” she said while pointing at her head.

Samantha was also not a part of the gathering when Aamir Khan was hosted by Nagarjuna at his home. A photo of the actors showed Nagarjuna, wife Amala, sons Chaitanya and Akhil and Love Story director Sekhar Kammula cutting a cake with Aamir at their Hyderabad home but Samantha was conspicuous by her absence.

In a recent interview with Film Companion South, Chaitanya was asked if he was affected with the gossip about his personal life. “Initially, yes, it was a little painful. I was like ‘why is entertainment heading this way?’ But after that, what I’ve learned is that in today’s age, news replaces news,” he said.

On the work front, Samantha will be seen in Shaakuntalam and Vignesh Shivan’s Kaathuvaakula Rendu Kaadhal, which also stars Nayanthara and Vijay Sethupathi. Naga Chaitanya, on the other hand, is currently enjoying the success of Love Story.