Actor Sharad Kelkar on playing Laxmii, and his most challenging scene in the Raghava Lawrence directorial. He even rates Akshay Kumar's performance. 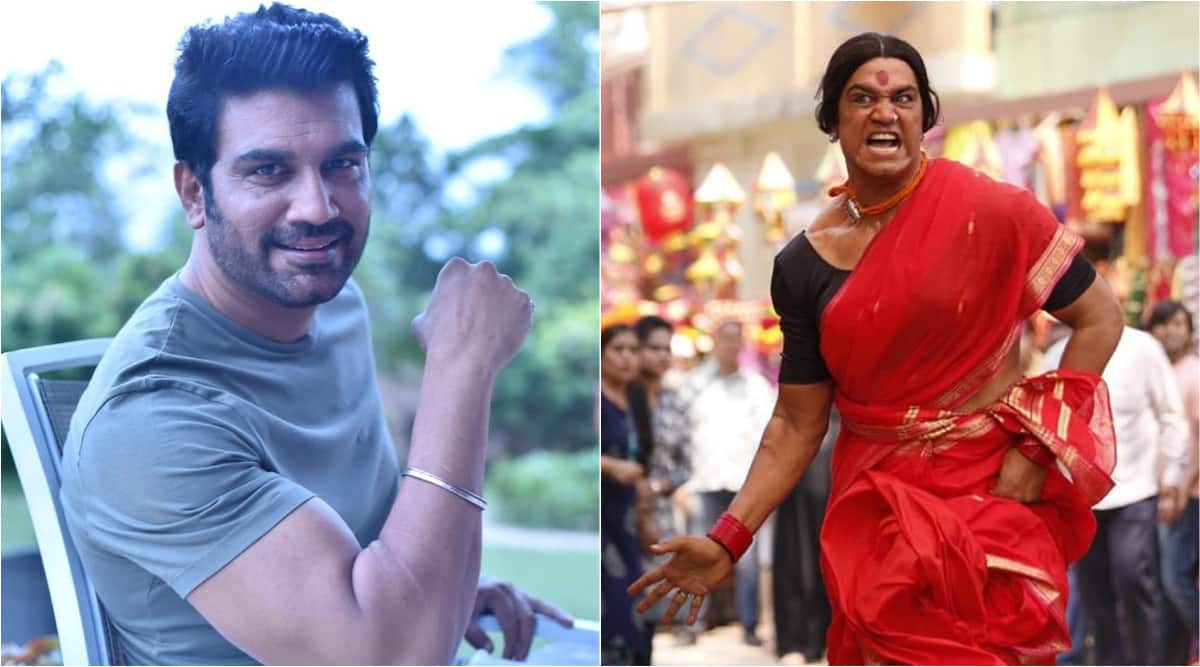 If there was an award for the best-kept secret in films, Sharad Kelkar will definitely win hands down. The actor who essayed the titular role in Laxmii came across as a happy surprise. “The plan was to keep it under wraps,” shared the actor, as he basks in the appreciation for playing a transgender person in the Akshay Kumar and Kiara Advani starrer Laxmii.

Directed by Raghava Lawrence, Laxmii is a remake of his own Tamil film Kanchana. It revolves around a man Asif (Kumar) who gets possessed by the ghost of Laxmii, a transgender. The film is streaming on Disney Plus Hotstar. While the film received a mixed response, Kelkar has garnered appreciation for his work.

In an exclusive chat with indianexpress.com, the actor opened up about playing Laxmii, how that changed him as a person, and why he is not shy to take up smaller roles.

You are being called the best thing about Laxmii. How does that feel?

To be very honest, it does feel great, but I don’t agree with it. I think it’s all about people’s perspective. I can’t judge myself, and also I know that everyone has put in a lot of effort. I was playing just one character, while Akshay sir did four. It was tougher, and full points to him for pulling it off.

What has been the best compliment that you received for your performance?

A lot of people called out of the blue. It was unexpected and they showered me with compliments. I am really thankful to all of them. However, I must add that my best judge and critic is at home, my wife Keerti. Whenever I sign something, I sit with her and I wait for her reaction to all my performances. In terms of acting, she is senior, and I have learnt a lot of basics from her. When we were watching the film, Keerti had tears in her eyes and she hugged me. She said that she is very proud. I think that was the best I could have got.

How did Laxmii happen, and what was your first reaction to it?

These kinds of roles, of course, come as a shocker. I am someone who really doesn’t expect much, neither from work nor life. I was aware of the film, and had even watched the original one. I knew they were approaching big actors for the same. Out of the blue, Shabina, who I have known for years, called me, saying Akshay sir had proposed my name. I was like, why not. I crave for different roles and that’s how it all started. Lawrence was also very particular about the casting, and he wanted to see me first as Laxmii. Honestly, it was a little awkward for me, and I couldn’t even recognise myself. He asked me to walk as the character, and he liked it at one go, and everything just fell in place. Lawrence really worked on us, on every small nuance, as he wanted everything to look perfect. That’s how it all went down. I actually never expected this kind of a reaction would come my way.

How careful were you to not let the character go wrong and look caricaturish?

I think conviction was the most important base we needed to have. Also, it had to be shot very sensitively. I was a little conscious while playing Laxmii, and it was important as I did not want to cross the line. I knew about their story, so that made it easier to play the part. Also, I had been observing all the gestures to make sure I didn’t go overboard.

Also, did working on this film help you understand the transgender community better?

The issue is that for years, families have been conditioned and fed that they are loud, do hungama and ask for money. And that is why a lot of people are even scared of them. As you grow up and evolve, you understand the reality. Hence, I have always been welcoming towards them and even spoke to them at signals. I have never shooed them away. However, after this film, of course, I have realised the level of pain they go through, physically and mentally. I was doing my research, and even in mythologies, it has been said that they have the power of both man and woman, and that is why they are far more superior. From my understanding, I have come to a conclusion that given their strength, people because of their insecurities must have pushed them to the corner. They must have felt that they would conquer them. And given they had no place, they had to be loud to be heard. I am thankful that times are changing, and now the society and even the government is making efforts to get them accepted in society.

Laxmii tackles a very important subject but is mixed with horror and comedy. What do you have to say about the same?

I think when such subjects are created in an entertaining way, people take more interest. Preaching doesn’t help much.

Which was the most challenging scene for you?

The action part was tough to attempt, especially wearing a saree. What was rather challenging for me was to modulate my voice. I have a very manly baritone, and I didn’t want my lines to fall flat. As for the scene – when Laxmii gives the speech, it was an emotional moment for me. I remember it was shot in an auditorium, and the setting was taking time. There were close to 150 transgender people present during the sequence. I had reached early and was chatting with them. I was teary-eyed throughout the conversation as I realised the amount of torture they face. I did not speak to anyone else and kept the emotions to myself. I think that’s why the most difficult scene became a natural process for me.

While your performance is being hailed, there’s a certain section who feel that a transgender person could have done the part.

I absolutely agree that they could have done it, and maybe done better than me. It was the director’s call, and given the part was a little critical, he might have chosen to go with an actor with experience. They did get a transgender person to play Geeta’s part, and there were others too around.

Laxmii was also shrouded in other controversies before its release. As an actor, did that affect you?

You do feel sad as you know everyone has worked hard to make an entertaining film. You also wonder why people are picking on such unnecessary things. However, I have learnt to brush it off, and don’t let it affect me anymore.

You started your career with a lead role on television, but you never shied away from taking smaller parts. What was the thought behind it?

Honestly, it was a conscious call to evolve as an actor. There’s always a choice to be a star or an actor, and I chose the latter. I want to keep doing different characters as this is how I will grow. I hope someone will give me a lead role too someday after looking at my work. I also believe there’s a certain age for a star but being an actor is timeless.

Lastly, you owned the character of Laxmii completely. Hence, if you have to rate Akshay’s performance as Laxmii, what would you say?