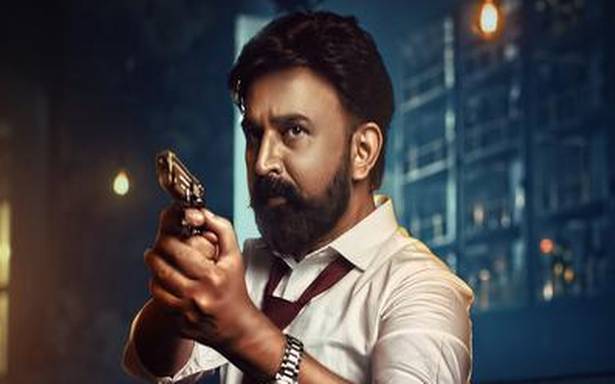 Shivaji Surathkal, according to Akash, is the Sherlock Holmes of Karnataka. “He works with the IPS and is an intellectual. He has the knack of recreating murder scenes and solving the toughest of crimes.”

Akash says he and Ramesh joined hands for these projects as they are huge fans of Sherlock Holmes. “When we would discuss the great detective, we felt that he came across as cold; there was always an emotional disconnect between him and the people he interacted with. That is how we came up with the character of Shivaji. We thought, what if we create a detective with a brain like Sherlock, but who was extremely emotional too? Shivaji is an Indianised, emotional Sherlock Holmes.”

The character is strong and weak and has a good and bad side, says Akash. “His wife is murdered, he is lonely, depressed, on medication and hallucinates.”

Akash plans to start shooting in October. “The film will be shot in and around Bengaluru as well as the length and breath of Karnataka. The case will take the character to all these places, giving us a chance to geographically cover the various cultures and dialects of Karnataka.”

The film, Akash says has an ensemble cast. Akash says extensive research was done to create Shivaji to make the character solve crime authentically. “We studied a few real-life cases and connected with real cops who helped us understand how their minds worked. What was fascinating was that an arrest is not made as soon as they suspect someone. They spend time following the suspect and collecting evidence to build the case. That journey, for me as a director, has been fascinating.”

Akash says that he looks forward to a theatrical release followed by an online one. “Shivaji… is made for theatres, the visuals and sound can only be enjoyed on the large screen.”

Deconstructing the name, Akash says, “Shivaji stands for force. It instantly brings to mind the warrior king and is a name the entire country is familiar with. ‘Surathkal’ is associated with the intellect.”