Shraddha Kapoor and Sidharth Malhotra-led thriller Ek Villain clocked its seven years on Sunday, and the lead stars took to social media to reminisce about their experience working on the film. Ek Villain, directed by Mohit Suri, also starred Riteish Deshmukh in a pivotal role.

While the film was a huge commercial success, its album composed by Mithoon, Ankit Tiwari and the band Soch, is till date credited as one of the best musical pieces in recent times. 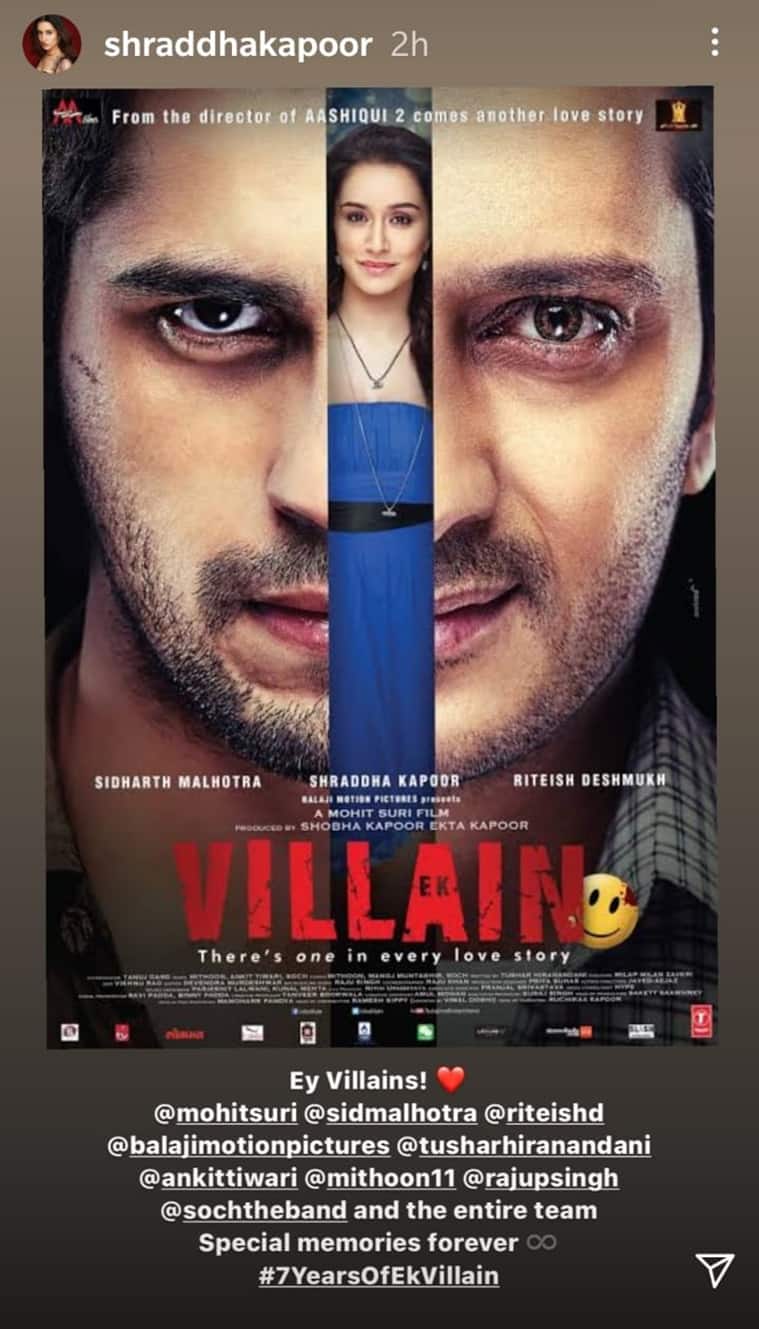 Ekta Kapoor’s Balaji Motion Pictures shared on Instagram a video dedication to celebrate the film’s anniversary. “Celebrating Ayesha’s free-spirited soul, Guru’s heartwarming nature and Rakesh’s devious side that made this incredible story of a villain. Cheers to #7YearsOfEkVillain,” the post read.

Majority of the film has been shot in Goa. Ek Villain Returns is expected to arrive in theatres in February 2022.