Sooryavanshi: Akshay Kumar, Ajay Devgn and Ranveer Singh came together for a video to invite all to see the film in the cinema. Katrina Kaif, Rohit Shetty were snapped at Sooryavanshi promotions. 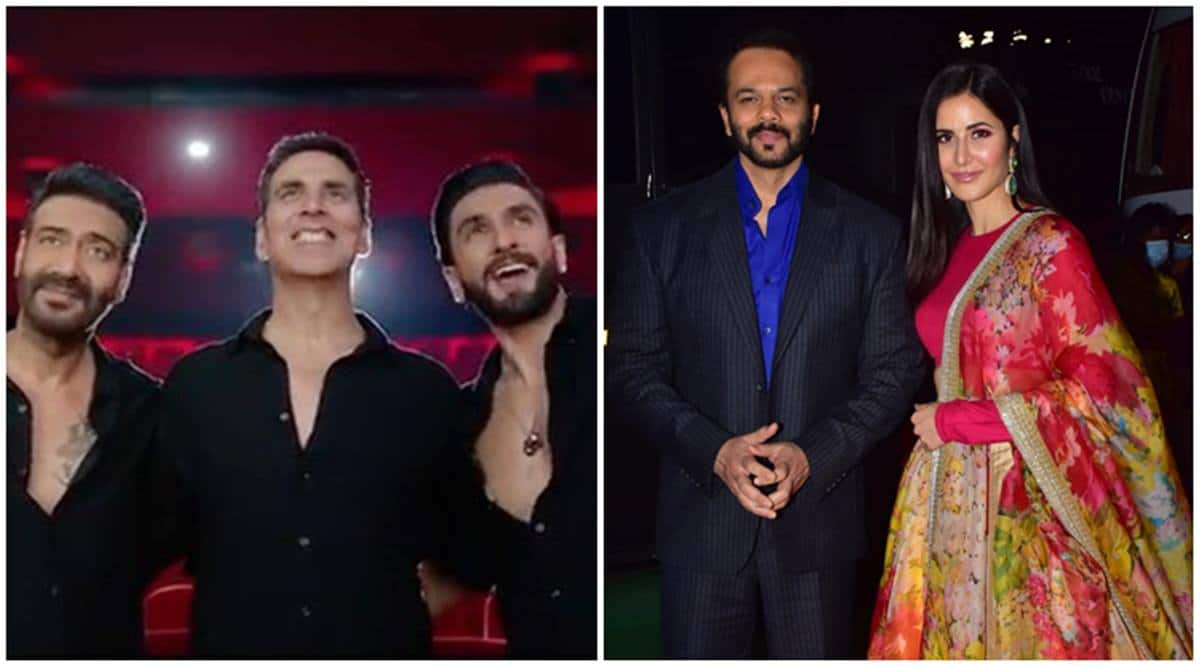 Sooryavanshi team is excited as the film is finally set to hit the big screen soon. The much-awaited film will release on Diwali, November 5. While Katrina Kaif and the director Rohit Shetty came together to promote the film in Mumbai on Thursday night, Akshay Kumar took to social media to share a video on Friday morning as he was joined by film’s co-stars Ajay Devgn and Ranveer Singh. The trio announced Sooryavanshi release date and invited people to watch their films in theatre.

Many films saw a delay in their release due to the pandemic. Sooryavanshi was among a handful of films that decided to wait it out instead of taking the OTT route.

Our photographer clicked Katrina and Rohit on the promotion outing. 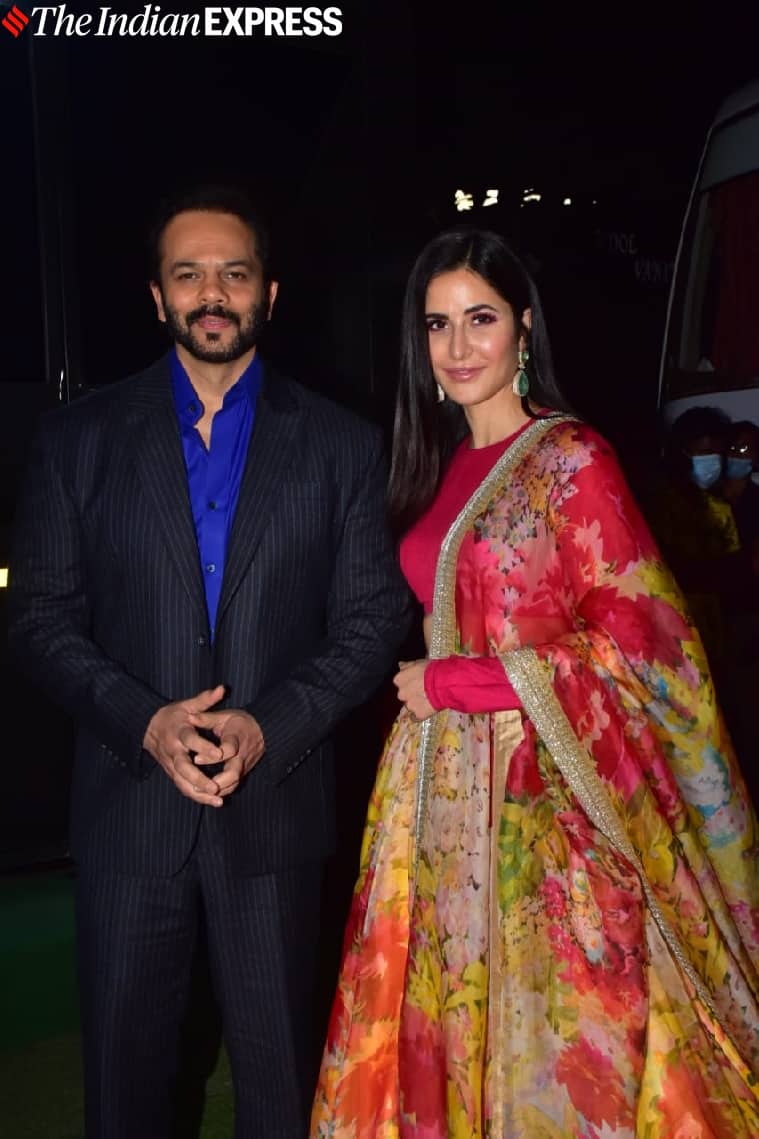 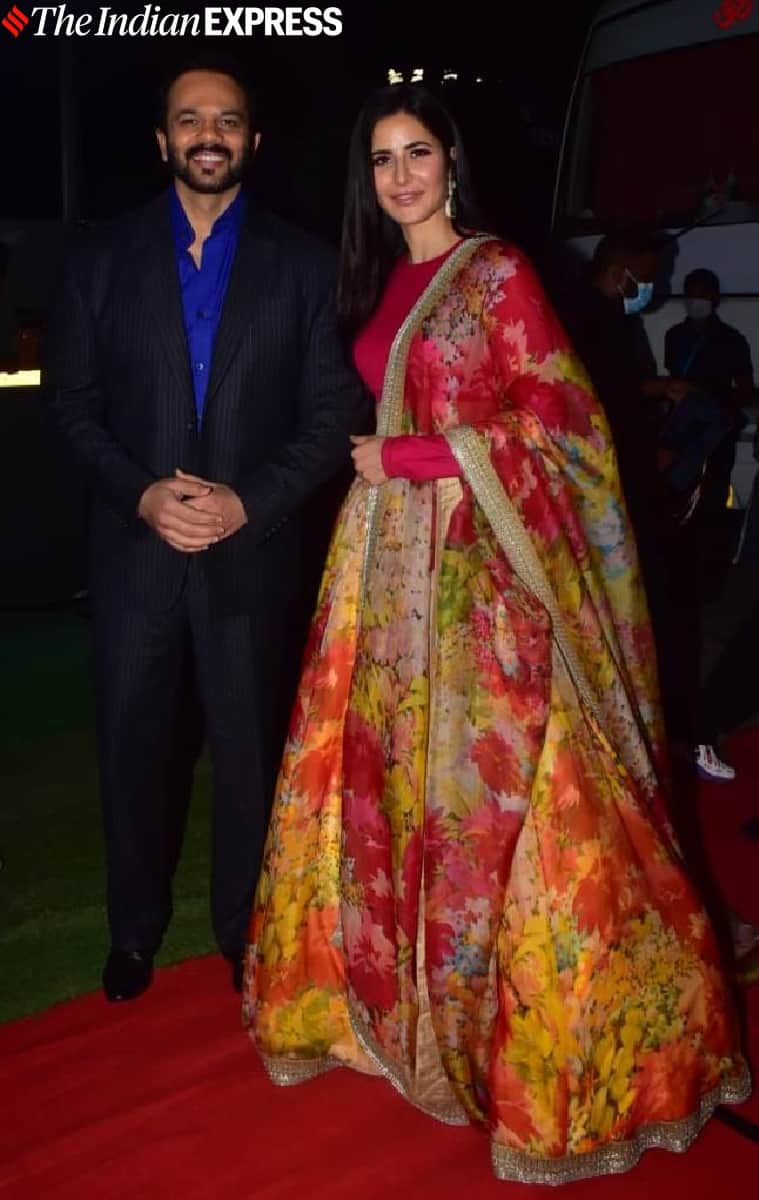 In the video, Akshay, Ajay and Ranveer are seen in a movie hall and are all excited as the film is set to release in the cinemas after a long time.

Rohit Shetty shared the same video and wrote, “NOW ITS NOT ABOUT MY FILM OR YOUR FILM, ITS ABOUT OUR FILM INDUSTRY, OUR THEATERS AND OUR AUDIENCE. LETS COME TOGETHER FOR THE MAGIC OF CINEMA. SOORYAVANSHI RELEASING ON 5th NOVEMBER! #BackToCinemas #Sooryavanshi.”

Sooryavanshi starring Katrina Kaif, Ajay Devgn and Ranveer Singh is directed by Rohit Shetty. This star-studded film has been one of the most-awaited Bollywood movies. It falls into the filmmaker’s popular cop universe that he began with the 2011 hit film Singham.

Sooryavanshi, originally scheduled for a release on March 24 last year, was pushed thrice due to the coronavirus pandemic. It will finally release this Diwali.