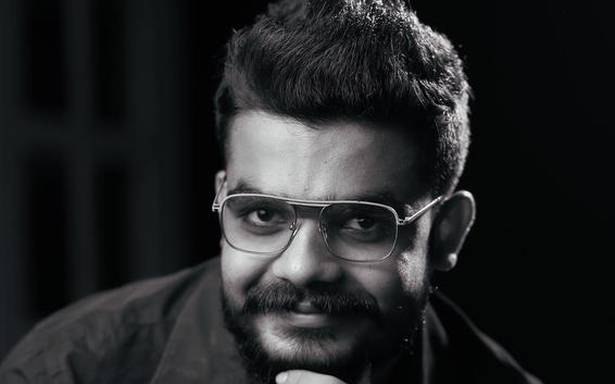 At a time when youth and children are increasingly vulnerable to hidden traps in the cyberworld, Spyware, a short film directed by a former B.A. (Veena) student of RLV College of Music and Fine Arts, Thripunithura, has bagged the best sci-fi (fantasy international) title at the 2021 edition of Alternative Film Festival, held in Toronto, Canada.

Spyware is the first short film to receive this award from India. The film, which also speaks of the manifold challenges in keeping cyberworld safe, has made its entry to the final selection round of over 15 other short film festivals, the results of which are awaited, says Blesson Thomas, a music programmer from Kannur, who directed the film.

“My directorial debut with Spyware was a dream come true since I always wanted to get my hands into directing short films. Funds came in the form of numerous music albums that I did during the recent past,” he says.

Mr. Thomas says cyberspace has invaded daily lives and enslaved people to the extent that one’s privacy stands exposed before the virtual world.

“Almost everyone is being watched, including in private spaces. Ironically, we let the dangers into our life, without giving thought to what we are signing up for. Once you get into this precarious circle, you are entrapped, without ever realising it,” he says.

The film, with the central character played by Godson Thomas, has been written by Harry Prasad along with other team members Diyol Sabu (cinematographer), Amaljith Karunan (editor), and Jobin P.K. (associate director) while visual effects were done by Reelmoss Studio. “We plan to release a film on an OTT platform in January,” says Mr. Thomas.