Alia Bhatt spent some quality time with her sister Shaheen Bhatt and mother Soni Razdan in the Maldives. 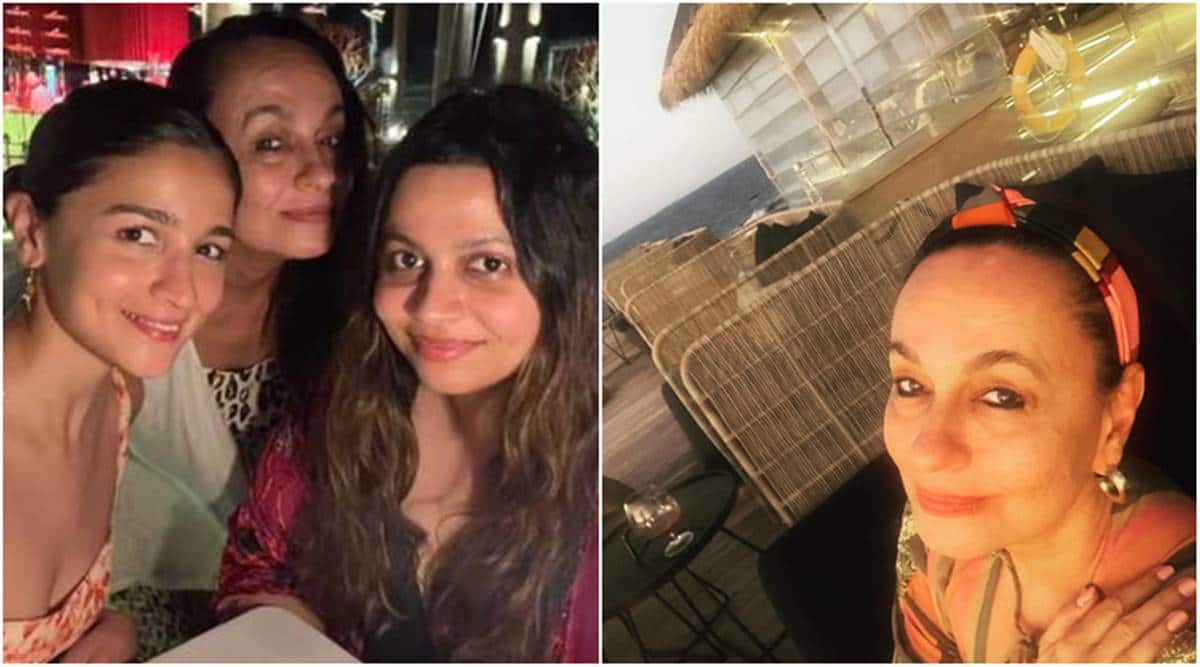 Actor Soni Razdan on Sunday treated fans to a video from the Maldives where she vacationed with daughters Alia Bhatt and Shaheen Bhatt. The actor gave a sneak-peek of her ‘magical’ time, which also featured her special moments with her daughters. The trio spent some quality time with each other. Shaheen also shared an adorable selfie with Alia, which received a lot of love from her friends and followers. “Best picture,” wrote a fan, while another called the two “cuties.”

Alia holidayed at the exclusive Velaa resort in the picturesque nation with her mother and sister. She gave a glimpse of the azure blue sea and skies and the verdant white sand beaches.

Earlier this month, Alia shared a picture of herself on Instagram. In the photo, Alia was seen enjoying the sun as Shaheen turned a photographer for her. Sharing the photo on her Instagram, Alia wrote, “we are stars wrapped up in skin, the light you are looking for has always been within. 📸 by my very own starlight.”

Alia’s vacation in the Maldives took place a few days after her trip to Jodhpur with boyfriend Ranbir Kapoor. The two were spotted in the city ahead of Ranbir’s 39th birthday.

The couple, who have been dating for almost four years, are speculated to tie the knot in the near future. Speaking with former journalist Rajeev Masand, Ranbir had earlier said, “It would have already been sealed if the pandemic hadn’t hit our lives. But I don’t want to jinx it by saying anything. I want to tick mark that goal soon in my life.”

Ranbir and Alia had made their relationship official to the public at Sonam Kapoor and Anand Ahuja’s wedding in 2018. On the work front, both Alia and Ranbir are looking forward to the release of Brahmastra.

The actor will also feature in her maiden production venture titled Darlings.