This edition of Streaming Guide features birthday boy Salman Khan who has films like Maine Pyar Kiya, Andaz Apna Apna, Biwi No.1, Partner, Bajrangi Bhaijaan and Kick among others to his credit. 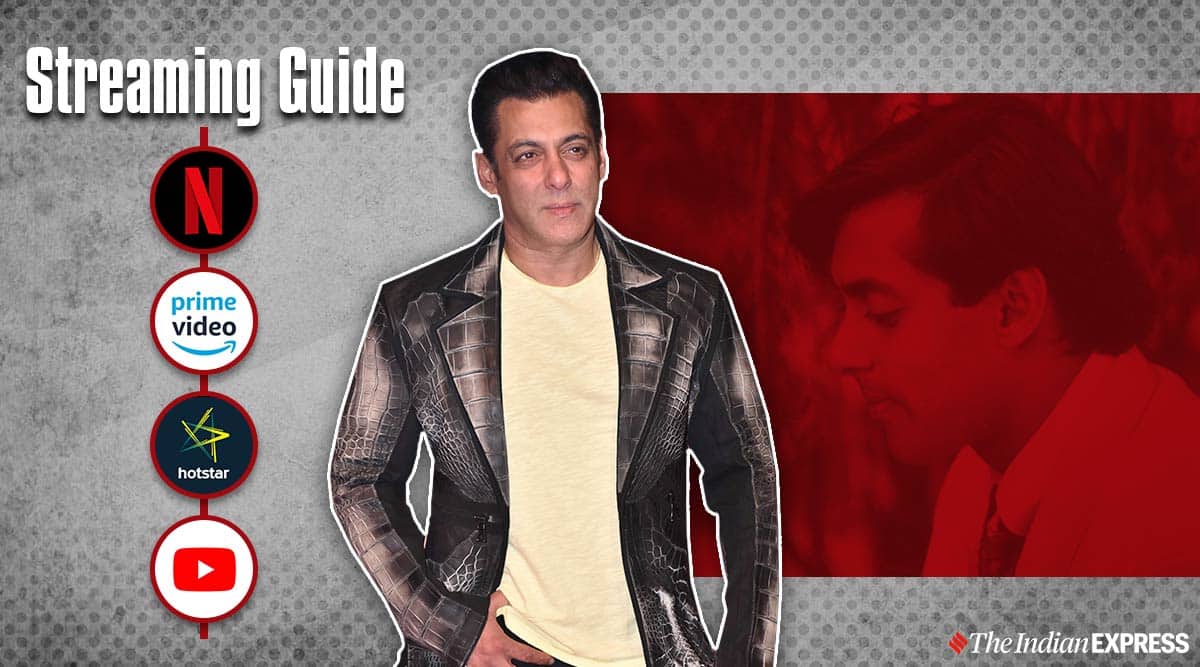 In our series Streaming Guide, we list the works of a filmmaker or actor which are available on streaming platforms like ZEE5, Netflix, Amazon Prime Video, Disney Plus Hotstar, Eros Now and YouTube.

This edition features birthday boy Salman Khan who has films like Maine Pyar Kiya, Andaz Apna Apna, Biwi No.1, Partner, Bajrangi Bhaijaan and Kick among others to his credit.

Maine Pyar Kiya, a 1989 film, became a template of sorts for 90s romantic movies. A Sooraj Barjatya directorial, it was the first film to have Salman as a character named Prem. Maine Pyar Kiya was packed with Indian culture, 11 songs, 9 of which were sung by Lata Mangeshkar, and a melodramatic love story. And, how can we forget that the popular dialogue “Dosti ka ek oosul hai Madam … No Sorry, No Thank you,” belonged to this film.

The first time the silver screen witnessed the charm of Madhuri Dixit and Salman Khan was in the musical blockbuster Saajan. The narrative of the film was centred around a love triangle between Madhuri, Salman and Sanjay Dutt. You can watch/re-watch this 1991 hit for its music only. The film’s album include gems like “Dekha hai peheli baar”, “Mera dil bhi kitna pagal hai”, “Jiye toh jiye kaise” and “Bahut pyaar karte hain” among others.

“Teja main hoon, mark idhar hai.” Couldn’t resist starting the description of Andaz Apna Apna with this dialogue! The Rajkumar Santoshi film released on November 4, 1994, and I don’t think any Indian comedy-drama has come close to it. It is rightfully called a cult film, and Amar, Prem, Raveena, Karishma, Teja, Crime Master Gogo, Robert, Bhalla and Ram Gopal Bajaj are among the funniest characters of Indian cinema.

The ‘naach-gaana’ of weddings, a moral lesson on family values and a heart-wrenching love story, Hum Aapke Hain Koun had it all. Music composer Raamlaxman gave us songs for all our wedding festivities. And, if you thought Salman can’t dance, watch him match steps with Madhuri Dixit on “Pehla Pehla Pyar” and “Dhiktana”.

“Mere Karan Arjun aayenge”. As I write about Salman Khan films, I realise his movies have given movie buffs some iconic dialogues. Karan Arjun is for every SRK and Salman Khan fan who loves watching them together. And, if you are not, then watch this story of revenge and reincarnation for some iconic dialogues and impressive music. FYI, Hrithik Roshan was the assistant director on the 1995 release.

Musical drama Khamoshi with Salman Khan and Manisha Koirala in the lead roles didn’t gain cinephiles’ attention back in 1996 when it released in theaters. But today, this story of love and redemption is counted as one of the best musicals of Hindi cinema and the most enduring film of Bhansali.

Judwaa which had Salman Khan in a double role might be a cliched comedy of errors, but you can’t deny it is a whole lot of fun.

David Dhawan’s ‘No. 1’ series of films got another addition in 1999 with the release of Biwi No.1. Again, it had a narrative similar to Pati Patni Aur Woh where the Pati (Salman) falls in love with a model (Sushmita Sen) and leaves his ideal ‘biwi’ (Karisma). During the film, everyone in Pati’s family tries to convince him that the ‘Woh’ of his life is a bad woman, so that he returns to his ‘sanskaari’ biwi. I bet, if this film would have released today, it would have been panned by critics for its portrayal of the second woman.

Hum Dil De Chuke Sanam is a tear-jerker for those who get attached to characters while watching a movie. The songs, delightful dance numbers and chitter-chatter between lovers Nandini (Aishwarya) and Sameer (Salman) make for a light first half. However, the second half gets intense with the entry of Vanraj (Ajay). It gets too sentimental towards the end with Salman, Aishwarya and Ajay getting into a love triangle. But if you love watching romantic tragedies, Hum Dil De Chuke Sanam is a perfect pick.

If you like watching the Prem of Hum Aapke Hain Koun!, you will definitely love the Prem of Hum Saath Saath Hain too. So, if you are looking for a movie to stream with family, this is the one. You will get a lot of ‘gyaan’ on family values and ‘sanskaars’. The film was so ‘sanskaari’ that the lead characters were called Ram Kishen, Mamta, Vivek, Vinod and Prem!

Tragic love story Tere Naam had film critics not just talk about Salman Khan’s hairdo but also his acting. His role of a man who loses his mental balance after parting with the love of his life, played by Bhumika Chawla, brought him much acclaim.

Again a family entertainer, but don’t blame me if you get to hear some taunts from your parents after watching Prem (Salman) call his father “Babuji,” keeping a photo of his parents along with idols of gods and praying in front of them every morning.

The first time the audience got to witness Salman Khan and Akshay Kumar create magic on the silver screen was in David Dhawan’s romantic comedy Mujhse Shaadi Karogi. The songs, dialogues, Rajpal Yadav’s comic timing and Salman-Akshay’s banter make the film a pleasant family watch on a lazy weekend.

Don’t search for logic in No Entry. The movie is packed with gags which make even its reruns a welcome break from all other serious stuff offered to you on television. It is the story of three men who seek happiness outside their marriage. The songs and dance sequences make it a complete masala entertainer.

Inspired by Will Smith starrer Hitch, Partner is a no brainer. Watch it for the impressive repartee between Salman Khan and Govinda. Both of them deliver funny one-liners one after another and Govinda proves nobody can beat him when it comes to impeccable comic timing. The madcap comedy makes you laugh even when you know what’s coming next. It’s worth your time on a lazy weekend.

Action-thriller Wanted had Salman Khan play an IPS officer who nabs criminals while being a part of their gang. If you wish to watch Sallu Bhai take his shirt off and flaunt his six-pack abs, stream Wanted on ZEE5 and wait till the end when he fights Gani Bhai and his men in the climax.

In case you don’t plan to catch Dabangg 3 on Amazon Prime Video, you can watch the first film in the franchise on Netflix. Dabangg has Khan in the role of a corrupt but daredevil police inspector Chulbul Pandey, while Sonakshi Sinha essays the role of his wife Rajjo. The film also stars Vinod Khanna, Arbaaz Khan, Dimple Kapadia and Sonu Sood among others. During its release in 2010, the film was loved by fans of Salman and critics alike. The film’s second installment Dabangg 2 is streaming on Disney Plus Hotstar.

Take a break from the humdrum life and stream Salman Khan-starrer Ready. You might be a fan of Dabangg Khan’s action, but after watching Ready, you will know he is even better in comedy films.

The film had Salman Khan playing bodyguard Lovely Singh and Kareena Kapoor Khan acting all timid in her salwar-kameez. You haven’t missed anything if you haven’t watched the film and you can continue to not know more about it.

Their pairing may not have worked in real life, but onscreen, Katrina Kaif and Salman Khan were a big hit. The duo’s action-packed performances along with their chemistry made the film a huge box office success.

The Indian Express film critic Shubhra Gupta wrote about the film, “A remake of the Chiranjeevi-starrer Stalin, Jai Ho has the loose, scattered quality of bad South remakes, and it doesn’t help that the Bhai’s love interest (Daisy Shah) is singularly uninspiring, whose only performing asset is her very flexible waist.” She also called the film “unimaginative gore-fest, interspersed with some ghastly bits and pieces.”

Do you get a kick from watching Salman Khan movies? If yes, watch this official remake of the 2009 Telugu film of the same name. It won’t hurt even if you miss it.

This is one movie where Salman Khan was not a larger-than-life hero beating the living daylights out of the villain. Rather, it had Khan as an emotional man for whom humanity is above religion and border. As he helped a mute six-year-old Pakistani girl Munni cross the border and reunite with her family, people cheered for him in theatres. You can stream this feel-good film any time of the day.

For all those fans of Salman Khan who love to see his bare chest, watching Sultan will be a sheer delight. Salman managed to bowl over everyone with his sheer charisma in the movie.

A sequel to Kabir Khan’s 2012 film Ek Tha Tiger, Tiger Zinda Hai released in 2017. Indian Express’ film critic Shubhra Gupta gave the film 2.5 stars and in her review, she wrote, “Only once in a while, the film gives in and provides us a killing which sobers us up, but very quickly it’s back to the base, with Bhai taking over, and everyone– including Nurse Poorna (Goenka, who plays Parvathy’s role), and Zoya (Kaif plays her straight, made up to appear unmade and dishevelled for the most part, in keeping with the let’s –keep-everything-on-the-table spirit)—making way for him. But you can see she enjoys kicking butt: you wish she had more to do.”

“Our business is our business, it’s none of your business,” said Daisy Shah in one of the scenes of Race 3. I would say, your time is your time, it’s not coming back, so please don’t waste it watching Race 3.

Only God knows how this disastrous film became a box office winner. It is a movie which makes Katrina Kaif come across as a great actor. Sunil Grover is the only bearable part of Bharat. 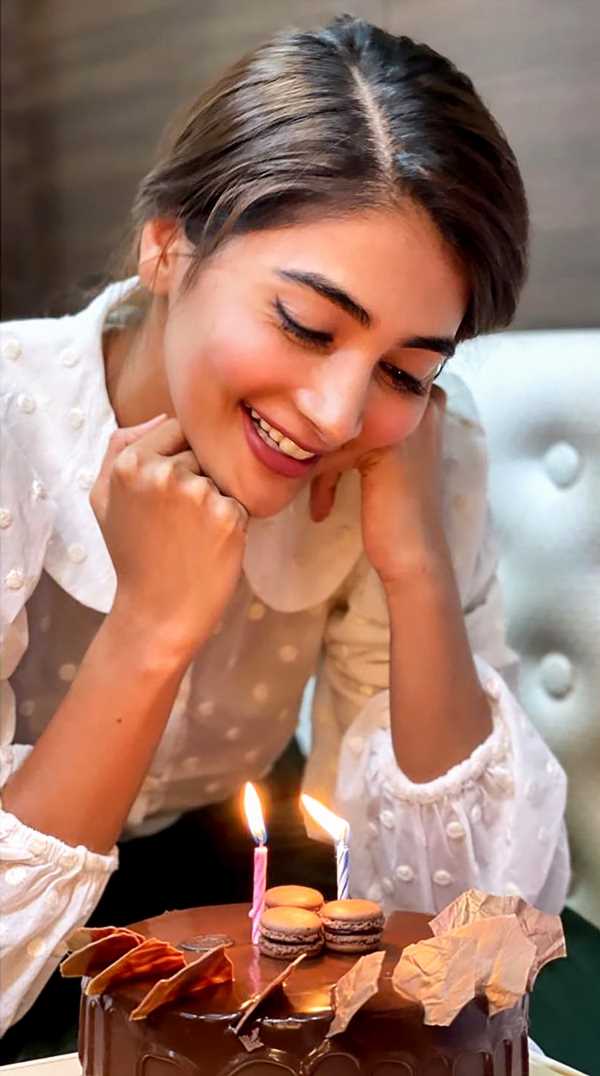 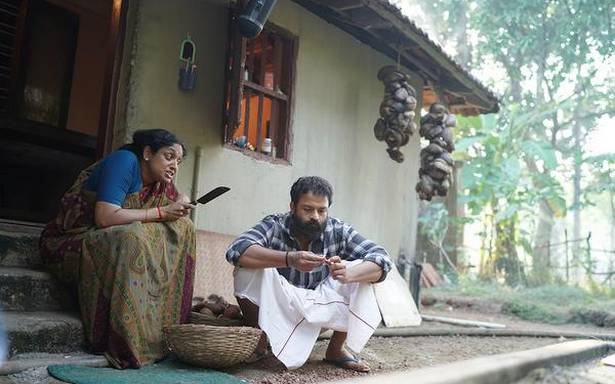 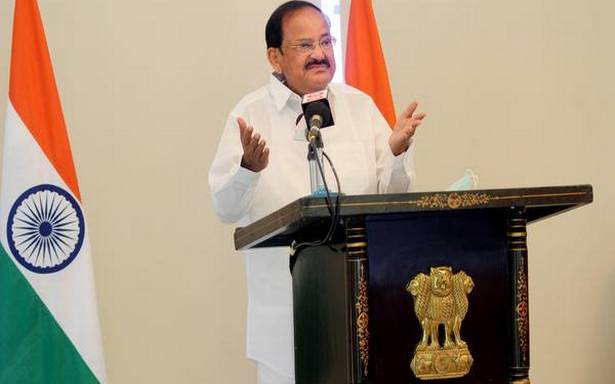