It’s not just the wonderful Manoj Bajpayee who so rarely gets to do a light-hearted caper that the film does injustice to, even the seasoned Annu Kapoor and Supriya Pilgaonkar, and Manoj and Seema Pahwa, are wasted. 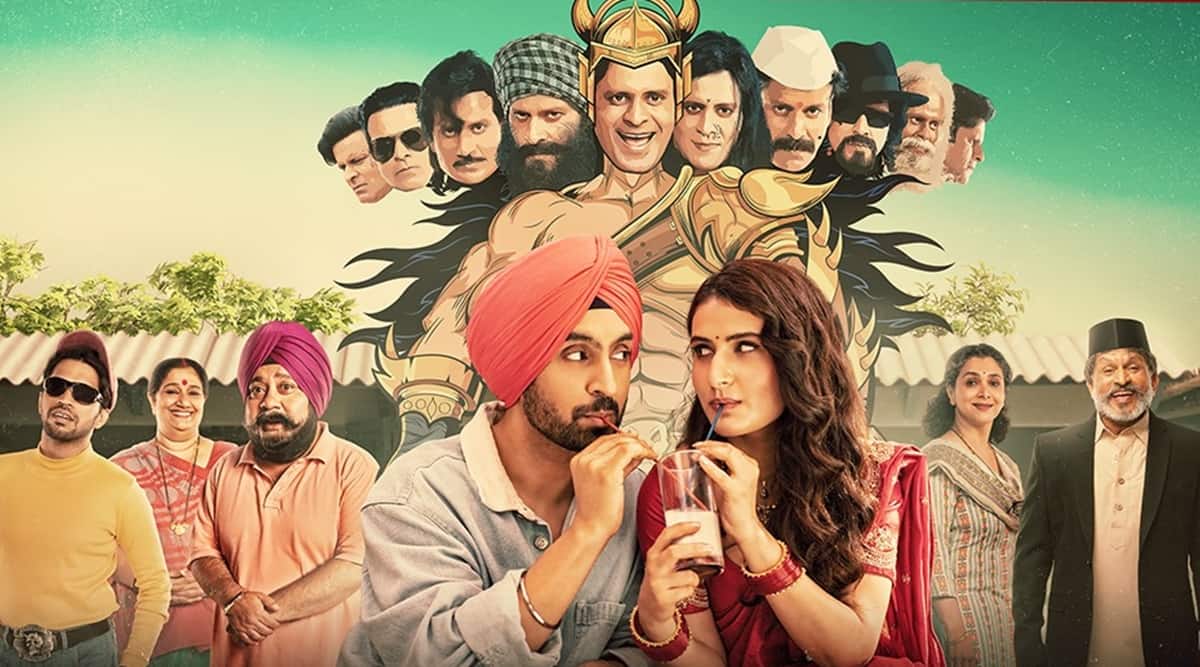 The film opens in 1995, when Mumbai was still Bombay. Why? Stays unclear through the film. Suraj Singh Dhillon (Dosanjh), son of a prosperous dairy farm owner, is in search of a good girl who will stay mainly in the ‘kitchen and bedroom’. What, really? Yes, really. Madhu Mangal Rane (Bajpayee) is a disguise-loving detective who, in the guise of checking out grooms for the parents of anxious brides, goes around killing all prospects of holy matrimony. Why? Long wait for that answer, pal, and meanwhile there’s this loud, unfunny film to sit through.

Setting up a clash between ‘doodh-wala bhaiyaa’ who hasn’t bothered to learn Marathi, and a pukka Marathi manoos, must have been funny on paper. But almost nothing in the way this plays out is a funny-bone tickler. When Mangal discovers that his doe-eyed younger sister (Shaikh) likes Suraj, he dials up his wicked plans: so what if his own behen’s happiness is at stake when it comes to putting down yet another to-be-groom?

Is the film meant to be a social commentary on the tensions between north Indian ‘interlopers’ and Bombay locals? The hostility was real, and still exists. But are we meant to laugh when it is alluded to in this clunky manner? So many good artists are laid to waste in the process: it’s not just the wonderful Bajpayee who so rarely gets to do a light-hearted caper that the film does injustice to, even the seasoned Kapoor and Pilgaonkar, and Manoj and Seema, are wasted.

Somewhere in there is an attempt to stand up for women who want to do their own thing. Shaikh wants to be a DJ, but has to hide the fact. Why? Because DJs work in night spots where there is drink and dancing? Who writes this stuff? And why are we watching this in 2020?